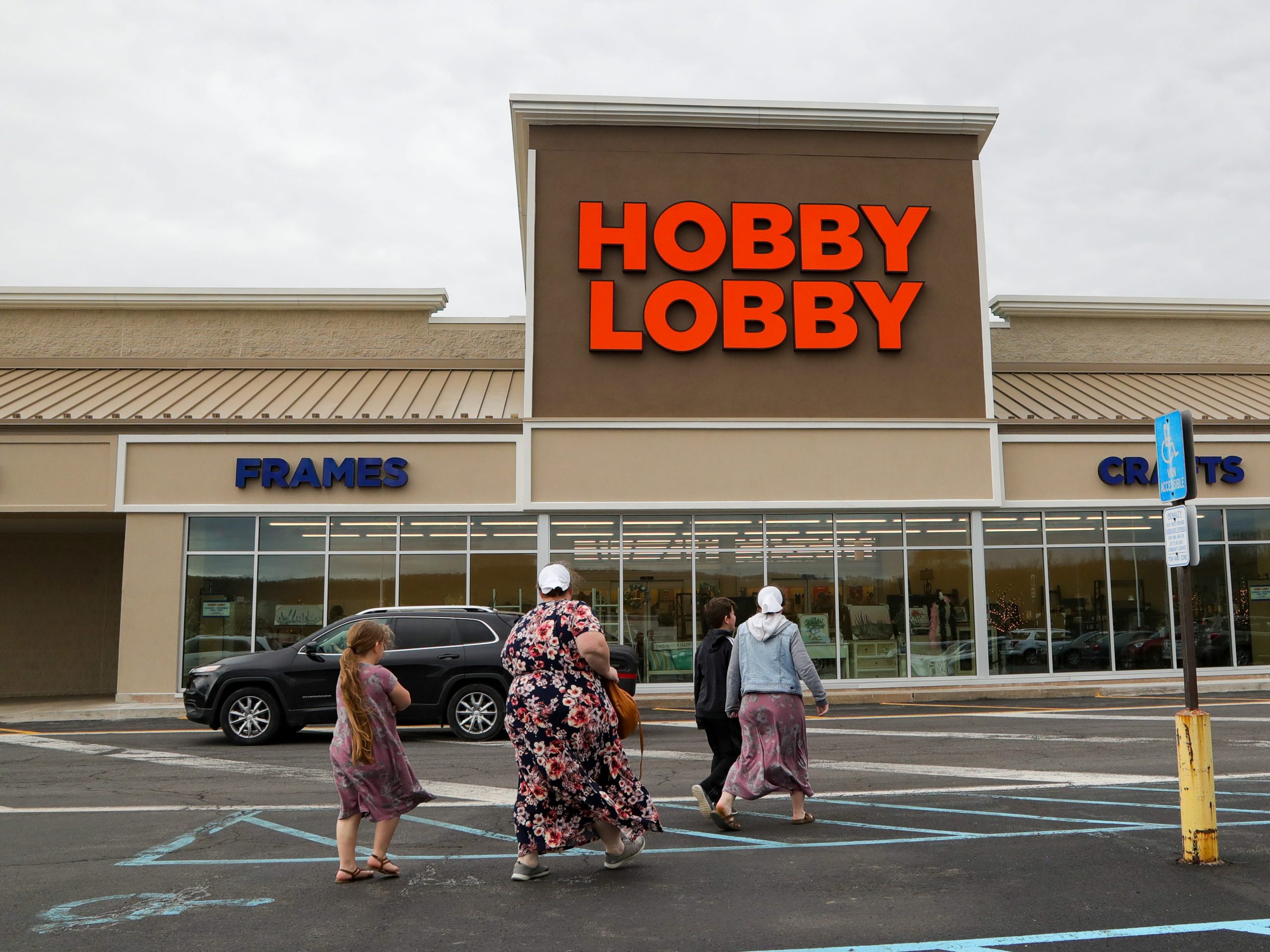 Hobby Lobby is facing a federal lawsuit after officials say a Kansas employee was wrongfully terminated.

The civil rights watchdog agency is accusing arts-and-crafts retailer Hobby Lobby of violating federal law after firing a Kansas employee who wanted to bring her service animal to work.

Hobby Lobby is now facing a federal lawsuit for disability discrimination from the Equal Employment Opportunity Commission (EEOC) after it failed to settle with the former employee.

The part-time employee, referred to as S.C., suffers from PTSD, anxiety, and depression. When she began working for the retailer, she didn’t own a service animal, but officially requested accommodations for one in September 2020, according to The Kansas City Star.

After meeting with the human resources to discuss the details of her request, S.C. received a denial letter in October.

Although Hobby Lobby permits customers’ service animals in stores, it was concerned that “a coworker or customer might be allergic to or trip over the dog, or the dog might break something,” according to a press release from the EEOC.

“Service animals assist people with many types of disabilities – from vision and mobility impairments to seizure disorders and mental health conditions – to live and work independently,” David Davis, acting director of the EEOC’s St Louis District Office said in a statement. “Employers must not reject service animals, or any other reasonable accommodation, based on stereotypes or assumptions regarding the safety or effectiveness of the accommodation.”

After her request was denied, S.C. took a week off from work to finish her service dog training in late October 2020. When she returned with the dog and a renewed request for accommodations, her manager sent her home, local news reports.

Ultimately, she was fired for “job abandonment,” according to the lawsuit. The EEOC is seeking back pay, punitive damages, and reinstatement of the terminated employee.

Hobby Lobby had not responded to a request for comment Saturday afternoon.

In 2014, Hobby Lobby was involved in another legal battle over employees’ health care after filing a suit over covering employees’ contraceptives with health insurance.

In Burwell v. Hobby Lobby, the Supreme Court found in favor of Hobby Lobby, ruling that it’s unconstitutional to require private for-profit companies to adhere to regulations the owners religiously object to under the Religious Freedom Restoration Act of 1993.