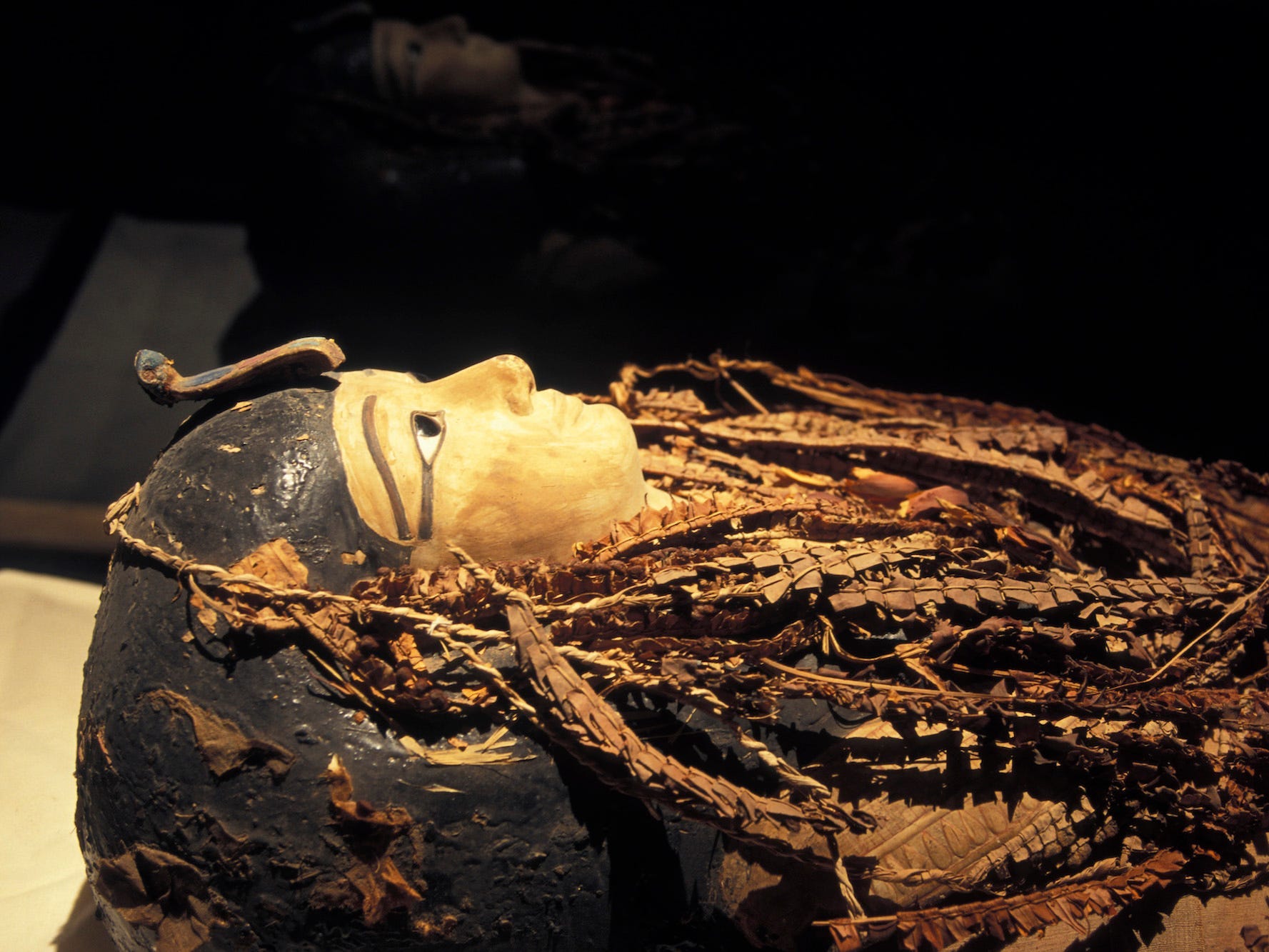 Royal mummy of Amenhotep I in April 2006, at the Cairo Museum, Egypt.

Experts at Cairo University used 3D CT scanners, which create an image of what is under layers of clothing and event skin.

It provided a look at the body of Amenhotep I “in unprecedented detail,” Dr Sahar Saleem, a professor of radiology and lead author of of a study on the mummy, said in a press release. The pharaoh’s mummy, shown behind his facemask within the bandages.

Amenhotep I’s body had lain undisturbed since its discovery in 1888 at the archeological site Deir el Bahari in the Nile.

Most royal mummies discovered in the 19th and 20th centuries have long been unwrapped, per the press release.

But because Amenhotep I’s remains were so perfectly wrapped, adorned with flower garlands and a delicate facemask inset with colorful stones, scientists decided not to disturb it. Using the new scanners, the scientists found that Amenhotep was about 35 when he died.

Within his wrappings, he wore “30 amulets and a unique golden girdle with gold beads,” said Saleem. The Pharaoh’s skull, including his teeth in good condition.

Amenhotep I was seemingly healthy when he died, with no apparent injuries, she said.

“We couldn’t find any wounds or disfigurement due to disease to justify the cause of death, except numerous mutilations post mortem, presumably by grave robbers after his first burial,” she said.

The mystery as to how Amenhotep I died remains, per the press release. Facemask of the mummy of pharaoh Amenhotep I.

Amenhotep was the second pharaoh of Egypt’s 18th dynasty. He ruled for about 21 years around 1525 BC.

After his death, his mother and he were worshipped as gods, per the press release.