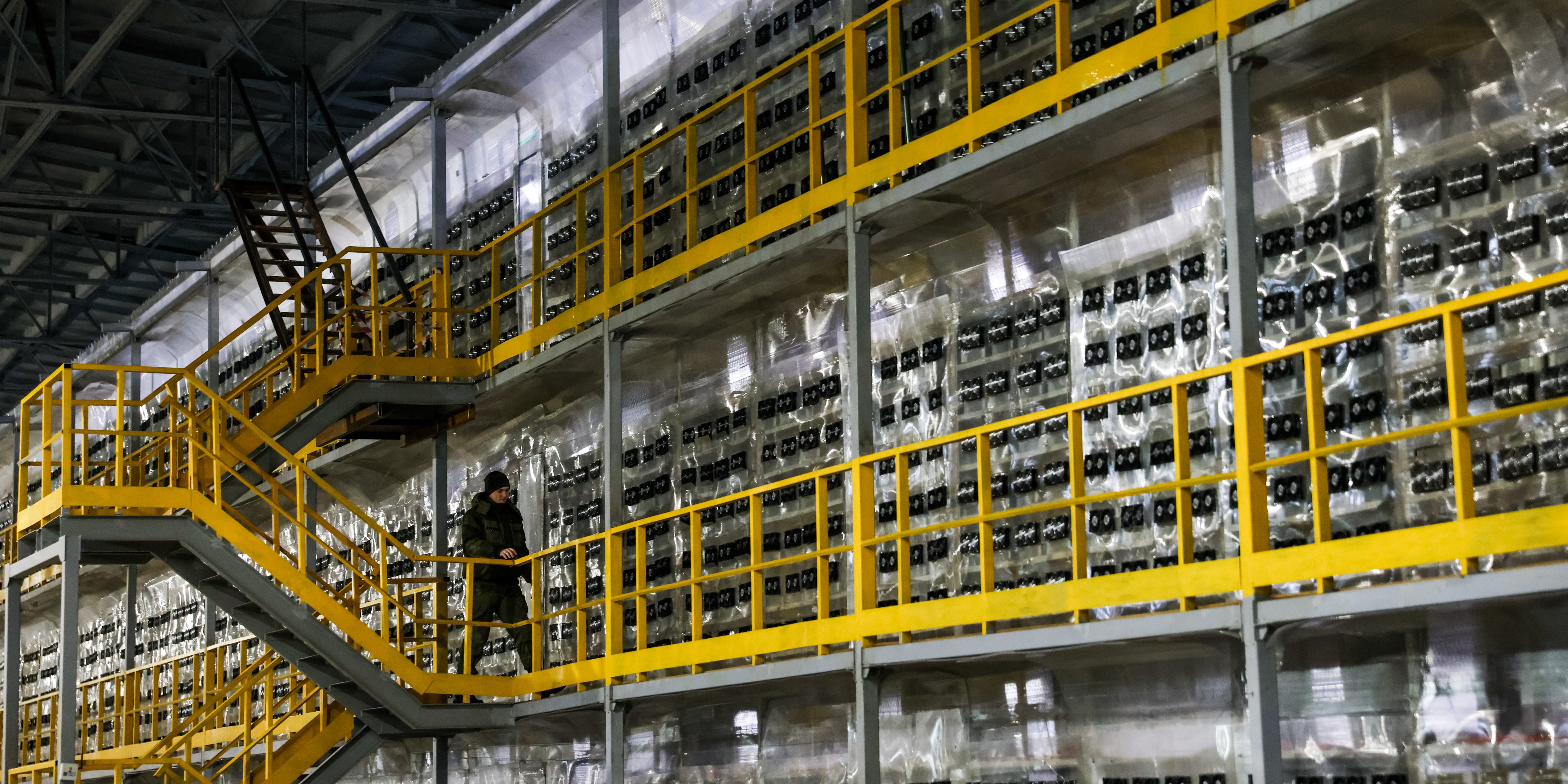 A server room of the BitRiver data center, one of the largest Russian cryptocurrency mining companies.

When the central bank of Russia proposed a sweeping ban on cryptocurrency activity on Thursday, digital assets barely skipped a beat.

Bitcoin even rose around 5% at one point during New York trading hours.

“There are bigger concerns right now in crypto,” Chris Vecchio, senior strategist at foreign exchange firm DailyFX, told Insider. “What’s happening is much more closely tied to global stimulus conditions and central banks pulling back their pandemic era efforts. That, to me, is the prevailing story here.”

The news out of Moscow came amid a rout in US equities as investors continued to fret about a hawkish Federal Reserve and high inflation.

Vecchio said bitcoin’s movement was divorced from Russia, highlighting how the crypto market over the past several months has been moving in conjunction with US equities, particularly high-growth, low-profit tech stocks.

That dynamic was on display Friday, when bitcoin plunged as much as 10% to a six-month low below $38,000 as investors continued to sell crypto and speculative technology stocks in anticipation of the Fed hiking benchmark rates later this year.

In explaining bitcoin’s muted reaction to the threat from Russia, some experts also pointed to China’s aggressive crackdown against crypto last year that prompted a massive selloff across tokens.

“Who cares?” Alex Lemberg, CEO of Nimbus, a decentralized financial platform, told Insider. “When the biggest guy in the classroom punches you in the face, you’re not really worried about the smaller guys.”

It was China’s ban that truly stunned the industry, he said. The Asian superpower, after all, was the world’s biggest bitcoin mining nation at the time, according to data from the Cambridge Centre for Alternative Finance. (Russia, in contrast, only ranks as third.)

But following Beijing’s pronouncement, miners quickly migrated to the US, which is now the world’s top mining nation with a third of the global hash rate. China’s global hash rate, meanwhile, plunged to zero from 44% in that time. Hash rate is a key measure of how much computing power is required to support the network and to create bitcoin.

“I think Russia banning crypto is not a big deal in the long term, as other countries, who are more accepting of digital assets, will benefit from Russia’s move,” Marcus Sotiriou, analyst at digital asset broker GlobalBlock, told Insider. “Miners will potentially relocate if they have to, so this ultimately means that miners in welcoming jurisdictions will profit.”

The bitcoin hash rate on Friday hit an all-time high, suggesting a full recovery from the China crackdown. And should Russia implement its own ban, the network is expected to stage a similar rebound.

Russia on Thursday published a report that warned the speculative nature of digital assets has led to a bubble. The central bank proposed three amendments to the nation’s existing regulations: ban crypto as a means of payment for goods, ban the organization and issuance of crypto, and ban financial institutions from investing in crypto.

“These are suggestions to lawmakers and not tied to any tangible outcome, and the market has learned how to read these statements in terms of real-world impact, rather than panicking,” John Wu, president of Ava Labs, the team behind the altcoin avalanche, told Insider. “The blockchain ecosystem continues to show its maturation compared to years past, when these statements had a significant impact.”