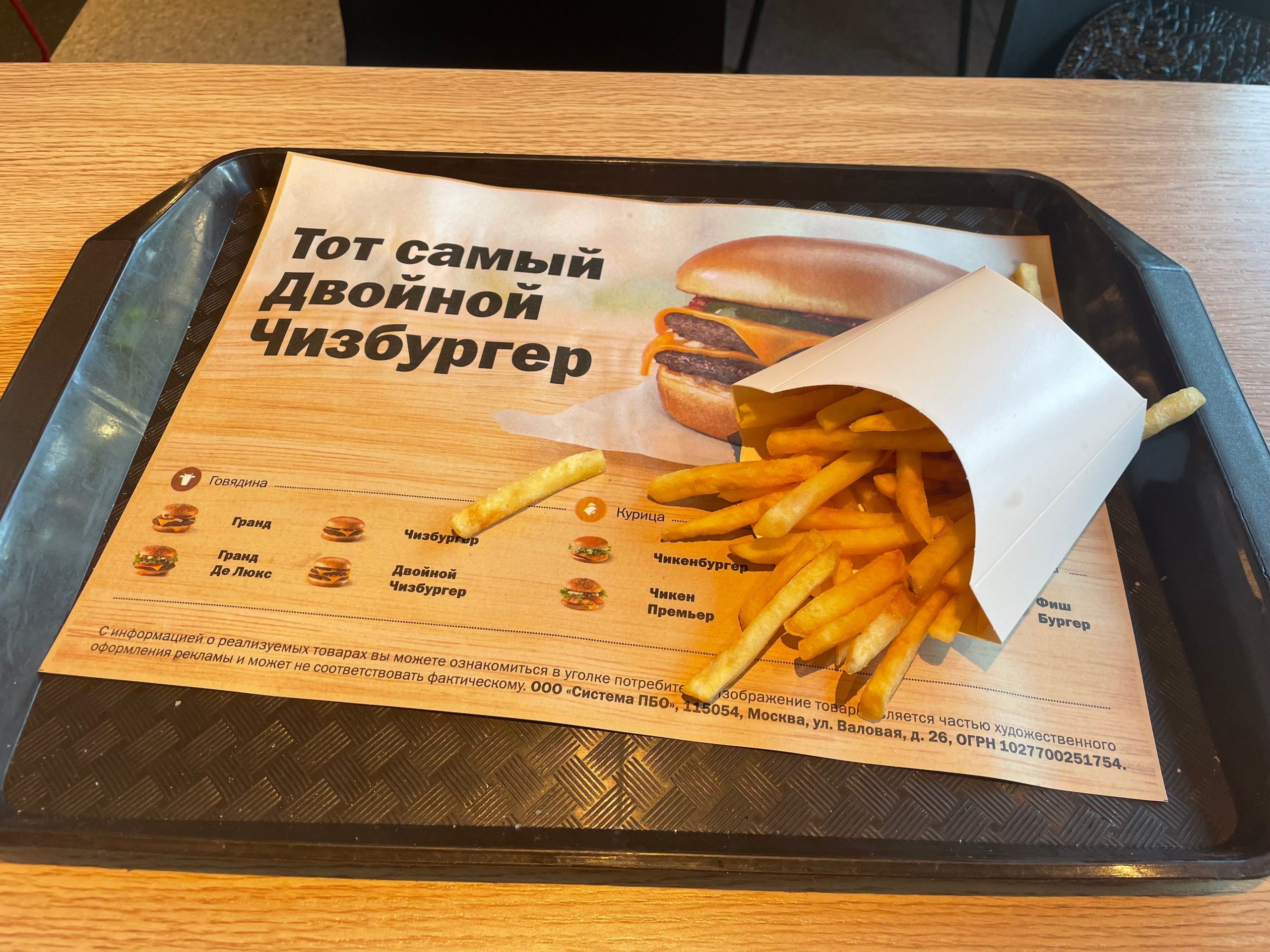 The fries at the rebranded McDonald’s in Russia come in plain white packaging with no logo.

French fry producers are not accepting orders from Russia, Reuters reported, after a poor local harvest led to a shortage for the rebranded Russian McDonalds, forcing it t0 remove fries from its menu.

Five or six major producers of fries are not willing to supply Russia “due to well known events”, the former vice president of transformation at McDonald’s Russia, Oleg Paroev, told RBC TV Thursday.

Russia is experiencing difficulties with ramping up local production and Russia’s potato harvest is short of what is needed, Paroev told Russian media outlet RBC TV, per the report.

Vkusno & tochka, which translates to “Tasty and that’s it,” has maintained that it would keep high standards and that customers wouldn’t notice a difference, the report says.

The company took French fries off its menu last week and said it expects a shortfall of fries until autumn, citing the poor potato harvest in Russia. Days later the fast-food chain stopped letting customers film and take photos at one of the restaurants without permission.

The rules come after Russian customers posted photos of moldy burger buns and expired sauce on Twitter and Telegram.

McDonald’s restaurants in Russia rebranded to Vkusno & tochka in June under new ownership after the American fast-food giant exited the country in May, following Russia’s invasion of Ukraine.

Vkusno & tochka did not immediately respond to Insider’s request for comment.