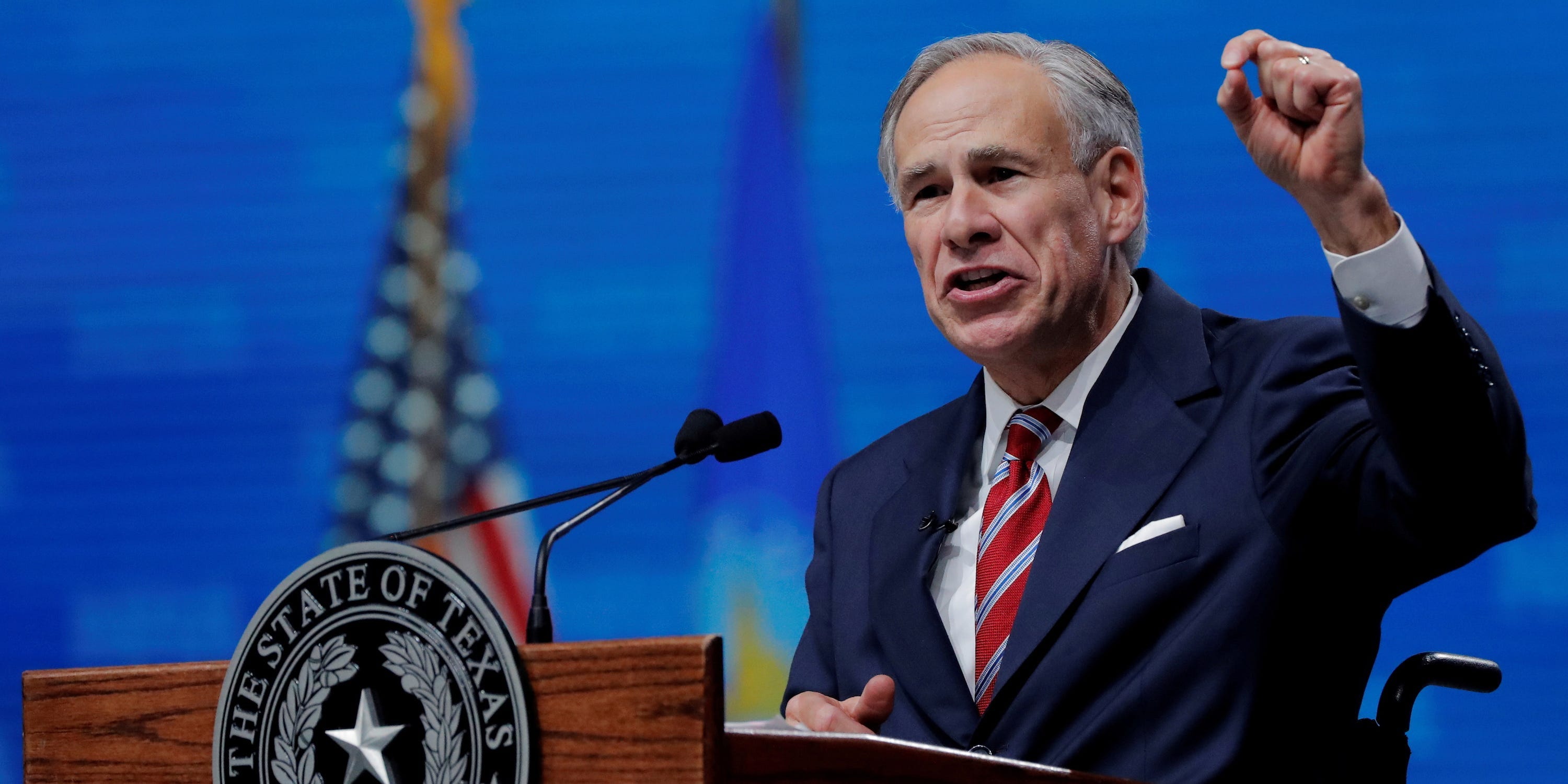 Texas Gov. Greg Abbott at the National Rifle Association convention in May 2018.

Texas Gov. Greg Abbott is reigniting the battle against the Pentagon’s vaccine mandate, telling National Guardsmen in his state that they will not face punishment for refusing a COVID-19 vaccine.

“Unless President Biden federalizes the Texas National Guard in accordance with Title 10 of the U.S. Code, he is not your commander-in-chief under our federal or state Constitutions,” Abbott said in a letter to Texas Adjutant General Tracy Norris. “And as long as I am your commander-in-chief, I will not tolerate efforts to compel receipt of a COVID-19 vaccine.”

On Tuesday, Texas Attorney General Ken Paxton filed a lawsuit on Abbott’s behalf against President Joe Biden, Defense Secretary Lloyd Austin, and the military service secretaries saying the federal government is overstepping its bounds by requiring the vaccine when guardsmen are not on active federal duty.

The lawsuit sets up another power struggle between the Pentagon and state leaders over who has control over the guard. Guardsmen have obligations to both their home state and the federal government.

Despite spending the bulk of their service under state active duty, known as Title 32 status, guardsmen can be activated under Title 10 orders, which could be issued for domestic operations or overseas missions. Last year, about 1,000 Texas guardsmen were activated on Title 10 orders and sent to Washington DC after the January 6 attack on the US Capitol.

Abbott joins Republican governors of five other states — Oklahoma, Wyoming, Alaska, Iowa, Mississippi, and Nebraska — in asking the federal government to exempt their guardsmen from the Pentagons’ vaccine mandate. Last week, a federal judge in Oklahoma threw out a lawsuit filed by the state’s governor challenging the vaccine mandate.