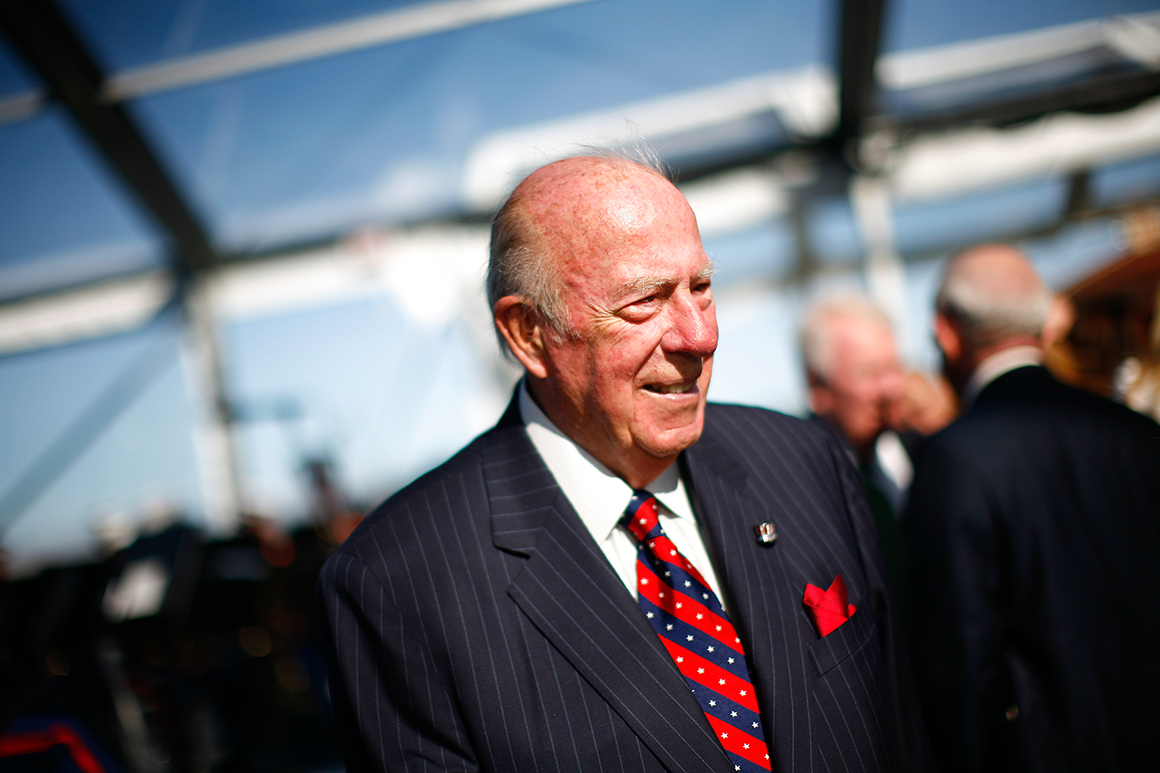 George Shultz lived a life so extraordinary that it would seem to have come from a Capra-esque movie script. Over the course of a remarkable career in business, academia and government, he led a major engineering corporation, taught at three universities and was one of only two people to hold four different federal Cabinet posts.

Yet he was real — as real as they come. And he was my friend. George was at once a larger-than-life figure and an easily accessible person. Someone who would help to bring about a peaceful end to the Cold War or simply go straight for the popcorn at a Stanford home football game.

George will be remembered as one of our nation’s greatest and most influential secretaries of State. He was known for his keen intellect and sound judgment, his diplomatic skills and his ability to cultivate relationships through good listening, practicality and — most of all — trust.

After 100 years on this earth, George, in his own hand, left for us his most important words of wisdom: “looking back, I’m struck that there is one lesson I learned early and then relearned over and over: Trust is the coin of the realm. When trust was in the room, whatever room that was — the family room, the schoolroom, the locker room, the office room, the government room or the military room — good things happened. When trust was not in the room, good things did not happen. Everything else is details.”

Those are indeed the words he lived by. Whether on the battlefields of World War II, or at negotiating tables in foreign capitals all around the world, he fervently believed that trust had to underlie every meaningful relationship, every interaction worth having. This was why he was a towering diplomat who made indelible marks on the course of human history — but also why he was simply such a good person. His integrity was unquestioned by friend and foe alike. For those of us who followed him in the post of secretary of State, we saw him as a North Star toward which to aim.

The totality of George’s life can be summed up with three words: service, skill and integrity. He was, first and foremost, a Marine at heart. A patriot. He was a statesman, a leader, a teacher and a man who valued all that is just — not only for his fellow countrymen, but for all of the world’s citizens. Freedom, he believed, was central to the human experience and to human dignity itself.

A true believer in civil rights and equal opportunity, he saw the value that education could provide for the less fortunate among us. Together with his wife Charlotte — who just recently passed, mere months after her beloved George — he sought to champion K-12 school reform and address the inequality plaguing our education system. Not many people knew this about him. He just went quietly about his work. He himself never lost sight of the power of learning, believing that intellectual pursuits were the key to an active mind and an enriched long life.

George was a great mentor to me, a genuine and loyal friend. I miss him — as do people across the country and around the world. For so long our nation turned to the man with the great mind and the kind heart to help point the way. Now that he is gone, we have to wholeheartedly carry on the work he challenged us to do … to put trust at the center of all we do, to love freedom and opportunity, and to never lose a thirst for learning. To always believe we have the power — and the obligation — to make the world a better place.