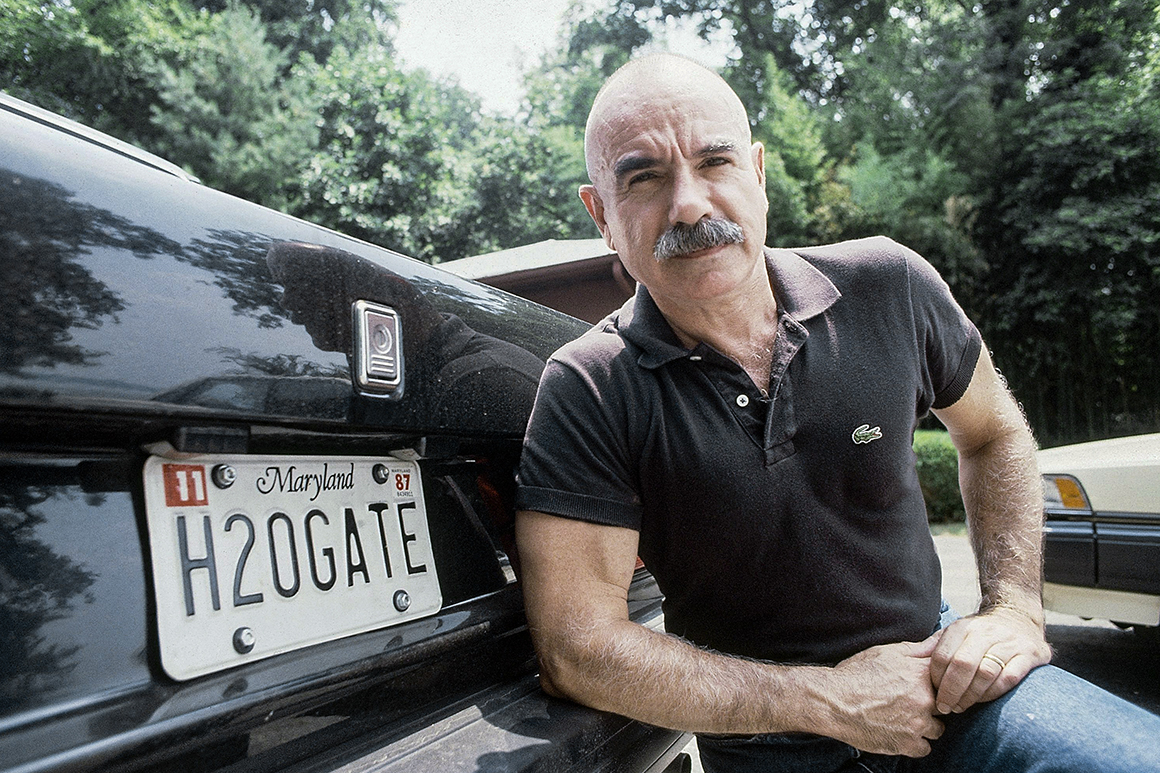 Even in this memorable cast, G. Gordon Liddy, who died in March, stood out. A former assistant district attorney in Dutchess County, N.Y., who also served for five years as an FBI agent, Liddy joined the Nixon administration and went on to become a leading member of “The Plumbers,” the secret White House unit dedicated to plugging leaks in the months following the publication of the Pentagon Papers, classified government documents from the Kennedy and Johnson administrations that charted the development of America’s military engagement in Vietnam.

Liddy’s carefully cultivated machismo made him perhaps the strangest actor in the Watergate saga. While prosecuting a criminal case in New York, he had pulled a gun out of his jacket pocket and fired a live round of ammunition into the courtroom ceiling. In his autobiography, he claimed to have killed and eaten a rat in order to overcome his fear of rodents, and to have climbed a tall tree during a thunderstorm to overcome his fear of lightening. He regaled White House colleagues with important life lessons, like how to kill a man with a pencil, and impressed associates by holding his hand over a lit flame. (The secret, he purportedly explained to a startled dinner companion, was not minding the pain.) Early in his tenure as a Plumber, Liddy — if his own memoir is to be believed — offered to assassinate the newspaper columnist Jack Anderson, who had written critically of the president’s Vietnam policy.

Liddy’s superiors wisely rejected his plan, but they gave the green light for an illegal raid on the offices of Lewis Fielding, a California psychiatrist who had provided clinical services to Daniel Ellsberg, the government contractor who leaked the Pentagon Papers to the New York Times. (Nixon later said he was not certain whether he personally ordered the operation, which was unquestionably illegal. “I cannot rule it out,” he admitted.)

At the president’s request, Liddy also prepared an elaborate scheme to firebomb the Brookings Institution, a center-left think tank the president believed might be in possession of documents that would embarrass former President Lyndon B. Johnson. The scheme, which involved sending a fake crew of firefighters to blow open the institution’s safe, ultimately proved too far-fetched and was canceled.

When the Plumbers disbanded in 1971, Liddy became general counsel at the Committee to Reelect the President, though his title was a misnomer. Entrusted with overseeing intelligence-gathering activities, Liddy spent more time breaking the law than managing the committee’s compliance with it. In January 1972, he presented the details of a political espionage program to Attorney General John Mitchell, who was weeks away from resigning his government post to run the president’s reelection race. Code-named Gemstone, Liddy’s proposal included illegal wiretaps and break-ins, as well as the kidnapping and mugging of political antagonists and a blackmail and confidence scheme involving prostitutes. “Not quite what I had in mind,” Mitchell responded.

When Liddy returned eight days later with a scaled-back plan — $500,000 instead of the original $1 million budget; no prostitutes or kidnappings — Nixon’s White House counsel, John Dean, still was uneasy. It later emerged in Senate hearings that Dean shut down the conversation, noting, “I don’t think this kind of conversation should go on in the attorney general’s office.” Gemstone never got past the concept phase, but later that spring, Mitchell ordered Liddy to bug the offices of the Democratic National Committee, setting in motion the chain of events that came to be known simply as Watergate.

Liddy masterminded the break-in at the Democratic National Committee headquarters on June 17 and, along with Howard Hunt, a former CIA operative and fellow Plumber, coordinated the activities of the five Watergate burglars from a nearby hotel room. For his role in the crime, Liddy served more than four years in prison, but he enjoyed several second acts, each arguably more important in the development of modern conservatism than his outlandish role in the Nixon administration. He wrote a memoir, Will, which sold more than a million copies, and became a high-paid celebrity on the lecture circuit, at times appearing alongside with Timothy Leary, the noted LSD enthusiast, in a series called “Nice Scary Guy vs. Scary Nice Guy.”

In 1992, Liddy launched a syndicated radio talk show that became a cornerstone of the emerging conservative media ecosystem. His reinvention as a right-wing media provocateur presaged the emergence of conservative shock jocks like Rush Limbaugh and Oliver North, the rise of partisan media outlets like Fox News and Newsmax, and the ascendance of an unapologetically aggressive conservative political style.

Liddy, who also acted in several movies and served as a guest judge for a boxing match between Mr. T and Roddy Piper, probably believed most of what he said. But he was a showman to the very end — an outsized personality who both profited from the conservative political reawakening and influenced its direction. Yet, it seems safe to say that he was an original. There will be many imitators, but there was only one G. Gordon Liddy.