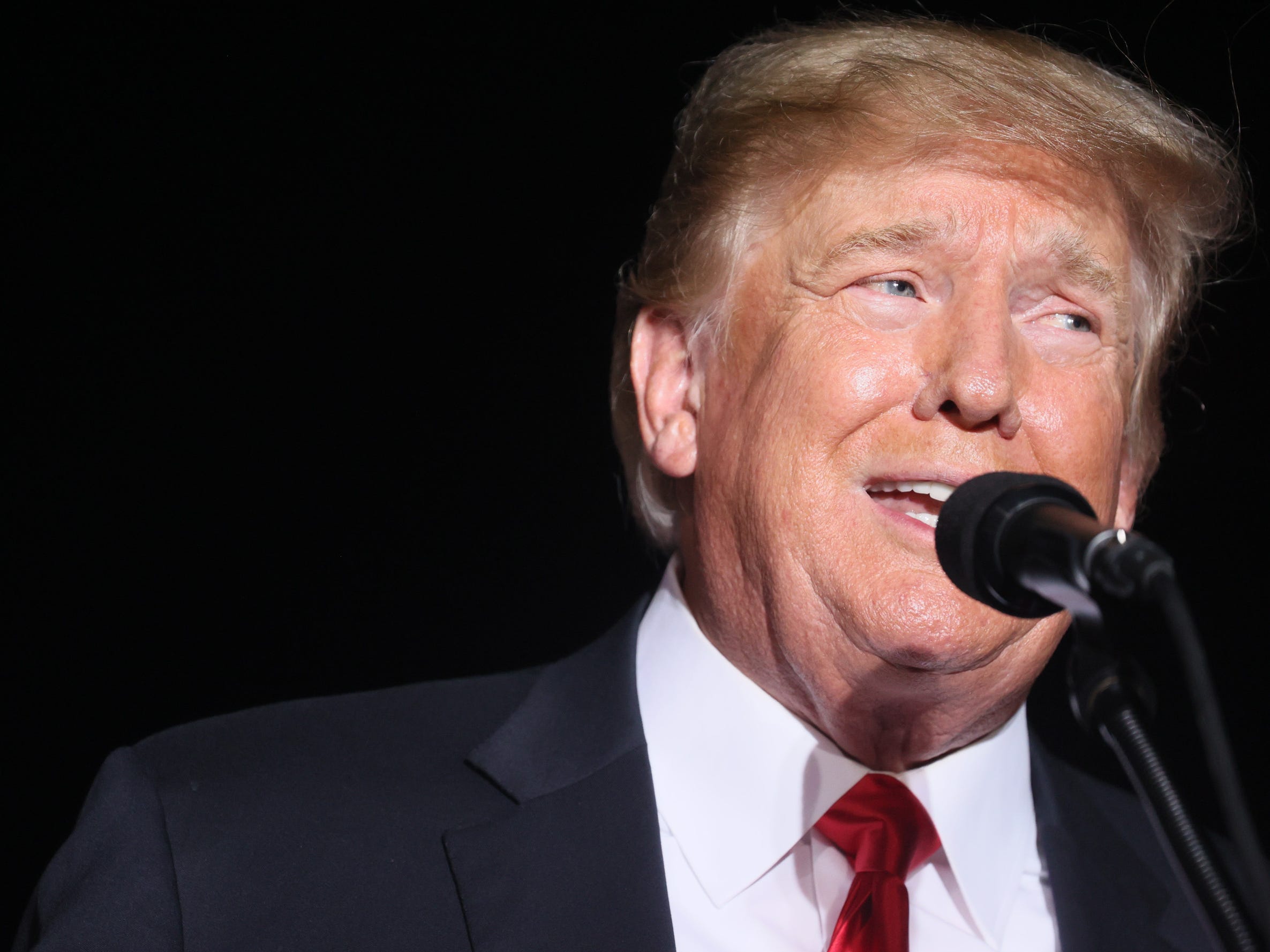 Former President Donald Trump is facing significant backlash from the fringe factions of the right wing after he lauded the COVID-19 vaccines and encouraged people to take their booster shots.

The fringe factions of the right-wing have erupted in anger and confusion at former President Donald Trump’s enthusiastic lauding of the COVID-19 vaccine this week.

On two separate occasions, Trump advocated for people to take the COVID-19 vaccine this past week. On Sunday, crowds booed the former president when he revealed to Bill O’Reilly that he had taken a COVID-19 vaccine booster shot and is pro-vaccination. Trump doubled down on his stance during an interview with conservative commentator Candace Owens on Wednesday, hailing the vaccine as “one of the greatest achievements of mankind.”

“No, the vaccine worked. But some people aren’t taking it. The ones that get very sick and go to the hospital are the ones that don’t take their vaccine,” Trump told Owens.

“If you take the vaccine, you’re protected. Look, the results of the vaccine are very good. And if you do get (COVID-19), it’s a very minor form. People aren’t dying when they take their vaccine,” he added.

“Remember when Trump said you would be playing right into the Democrat’s hands by mocking the rushed, ineffective shot? Yeah, Joe Biden praises him and his booster shot,” Alexander wrote on his Telegram channel on December 23.

“Trump, stop. Just stop. Have your position (backed by Fauci) and allow us to have ours (which is backed by science). This losing is getting boomer level annoying,” Alexander wrote.

InfoWars talk show host Alex Jones also lashed out at Trump after the former president announced on Sunday that he had received a COVID-19 booster shot and was in favor of the vaccine.

“Sign on to it. Take credit for it. Take this, sign on, believe it. Hell, we’re fighting Bill Gates and Fauci and Biden and the New World Order and Psaki and the Davos Group…and now we’ve got Trump on their team!” Jones said.

Pro-Trump lawyer Lin Wood, however, tried to justify Trump’s pro-vaccine-stance, positing that Trump was employing “wartime strategy and the tactics designed to achieve victory” by recommending the COVID jab, though he did not elaborate on what he thought those tactics were.

Ron Watkins, a congressional candidate in Arizona known for his QAnon links, posted a message on his Telegram channel after the Trump interview with Owens aired, calling the vaccines “subscription suicide shots,” and calling on his followers to “choose life” and “never comply.”

Some members of Watkins’ Telegram channel, which functions as a chatroom for 40,167 members, also voiced their doubts about Trump.

“I guess God lead to me it and then I had my doubts about Trump. So I give up on him saving America,” wrote one member of Watkins’ chat with the ID David Deitrich. “My beliefs …. He came into presidency making America great … so that we could all trust him … and let our guards down … and then he leaves us and betrays us to Bidan [sic] and the CCP and all these evil SOBs.”