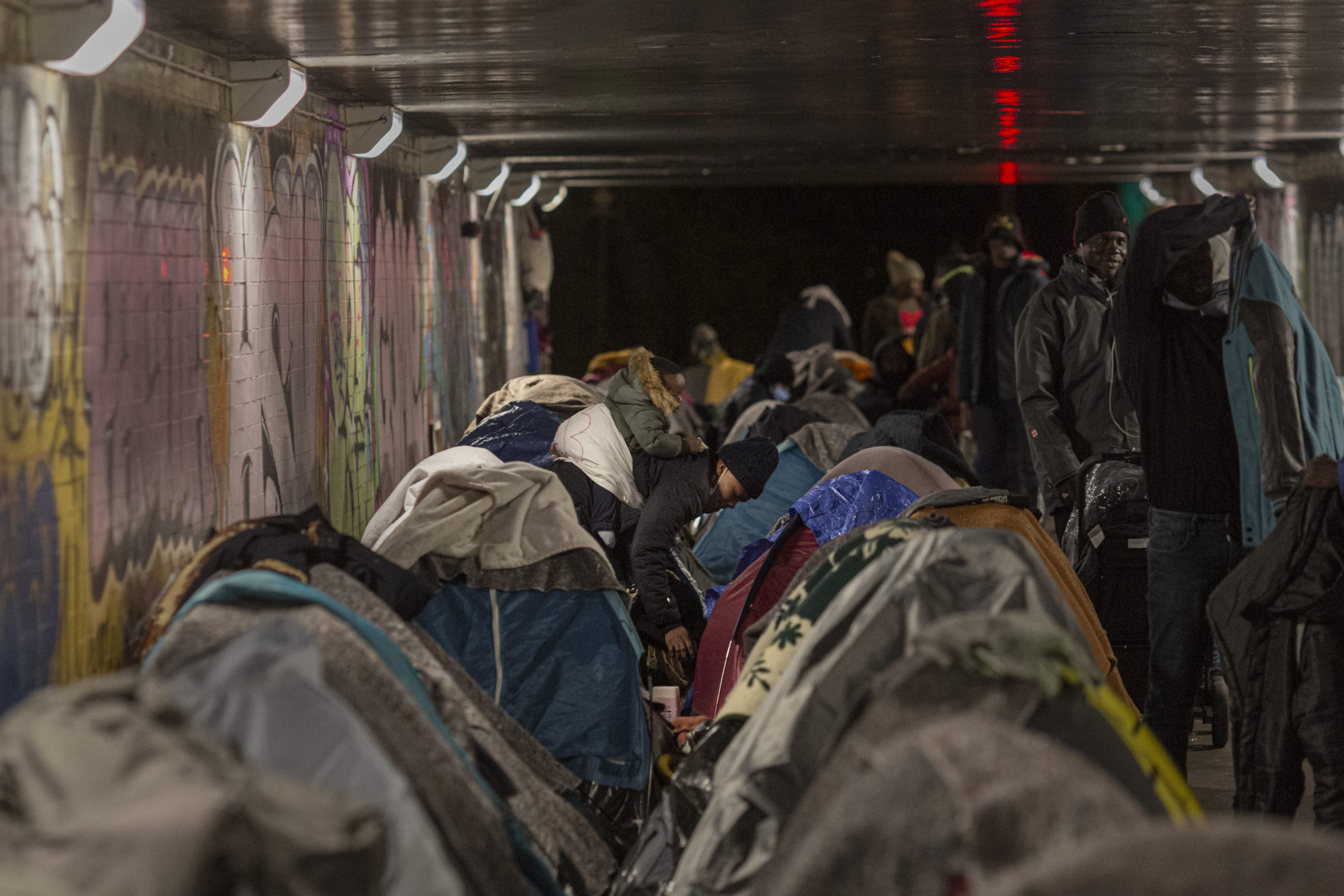 STRASBOURG — Is France still the homeland of human rights, or is it becoming a country in which racist bigots are winning the battle of ideas? The answer, sadly, is both.

Five months before next year’s presidential election, opinion polls consistently show that more than 30 percent of French voters are attracted to one of several far-right candidates who want to stop immigration, deport more foreigners, reserve jobs and public housing for French nationals and make life more uncomfortable for the country’s estimated 6 million Muslims.

Some days, the campaign sounds more like a dog whistle contest to determine who can most effectively appeal to ethnic and religious prejudice against Arabs, Muslims and Blacks, without quite crossing the legal line.

Anti-Islam crusader Eric Zemmour, twice convicted of incitement to hatred, wants to force Muslims to give their children “French first names” and warns in apocalyptic tones that “our civilization is disappearing.” He propounds the white nationalist “Great Replacement” conspiracy theory that native French people of Christian heritage are being deliberately replaced, demographically and culturally, by Muslim immigrants with the complicity of French elites.

Vowing to “save” France from civil war and extinction, Zemmour has named his political movement “Reconquest” — a reference to the Reconquista military campaign in which medieval Christian monarchs drove Muslim dynasties out of Spain, eventually forcing Muslims to convert to Christianity and expelling all Spanish Jews.

Zemmour — like his chief opponent on the far right, anti-immigration campaigner Marine Le Pen — doesn’t have much chance of entering the Elysée next April. But both can already claim ideological victory, having set the agenda for mainstream politicians increasingly hewing to their line that France is in decline due to an immigrant “invasion” and the inroads of political Islam.

All the candidates in last week’s mainstream conservative Les Républicains’ party primary echoed at least some of Zemmour’s rhetoric and incorporated some of Le Pen’s proposals in their platforms.

The most right-wing Les Républicains contender Eric Ciotti, who advocates changing the law to make “French blood” the condition for obtaining nationality rather than being born on French soil, surged from obscurity to top the first round and score nearly 40 percent in the runoff. Ciotti, whose campaign slogan was, “so that France remains France,” advocates creating a “French Guantanamo” internment camp to lock up Islamists after they have completed their prison sentences.

He lost the nomination to the pragmatic president of the Paris region, Valérie Pécresse, and immediately began pressuring her to include some of his shock measures in her platform. Pécresse has said she’ll stick to her own program, which had already incorporated some ideas long advocated by the far right.

Pécresse has called for a referendum on imposing immigration quotas. She wants to make it harder to seek asylum in France by forcing refugees to submit applications to an embassy abroad, and make new arrivals wait five years before they can claim welfare benefits.

Yet, while the far right is making the early running in a country still traumatized by the Islamist terror attacks that killed 130 people in 2015, there remains another France that regards itself — a tad self-righteously — as heir to the Enlightenment and to the Universal Declaration of Human Rights.

On the day that Zemmour declared his candidacy in a melodramatic 10-minute video set to somber music juxtaposing images of an idealized past and a violent present, the other face of the country was on full display as the first ever Black woman was symbolically inducted into the French Pantheon monument to national heroes in Paris.

President Emmanuel Macron addressed the glittering ceremony honoring the late American-born entertainer, hero of the French resistance and civil rights activist Josephine Baker. He recounted how she had joined the International League against Racism and Antisemitism before World War II, risked her life to hide Jews and resistance fighters during the Nazi occupation and served as a secret agent, carrying messages written in invisible ink on her music scores.

The event was a deliberate celebration of diversity by a centrist president who has sought to modernize France’s relationship with its own history, incurring the wrath of former settlers in Algeria and their descendants, while stopping short of atoning for French colonialism.

But Macron too has had to toughen his discourse on immigration, asylum and security to assuage public opinion. While he has criticized other European governments for playing ping-pong with migrants fleeing North Africa in flimsy boats, he has refused to take in more than a handful of those who make it to Europe. He recently decided to deny visas to people from countries that refuse to readmit their own nationals subject to expulsion from France, including Algeria.

France’s self-anointed human rights mantle also sits uncomfortably with Macron’s role as a traveling salesman for French arms in the Arab world, clinching contracts worth billions of euros with Egypt and the United Arab Emirates and becoming the first Western leader to meet Saudi Crown Prince Mohammed bin Salman since the gruesome murder of dissident journalist Jamal Khashoggi at the Saudi consulate in Istanbul.

Of course, angry nativism is by no means an exclusive French specialty, nor are pretensions of leading the world in democracy and human rights.

The same feelings of dispossession, loss of social status and cultural estrangement among white working- and middle-class voters made possible the election of Donald Trump as president of the United States, as well as Britain’s vote to leave the European Union in 2016. Italy also elected a government of anti-immigration populists in 2018.

France has not yet put the bigots in power, and despite the sound and fury of the early skirmishes in the presidential campaign, it seems unlikely to do so next year either. But even if they do not win, Zemmour and Le Pen have stamped their issues on to French politics, and life is likely to get nastier for Muslims and immigrants as a result.