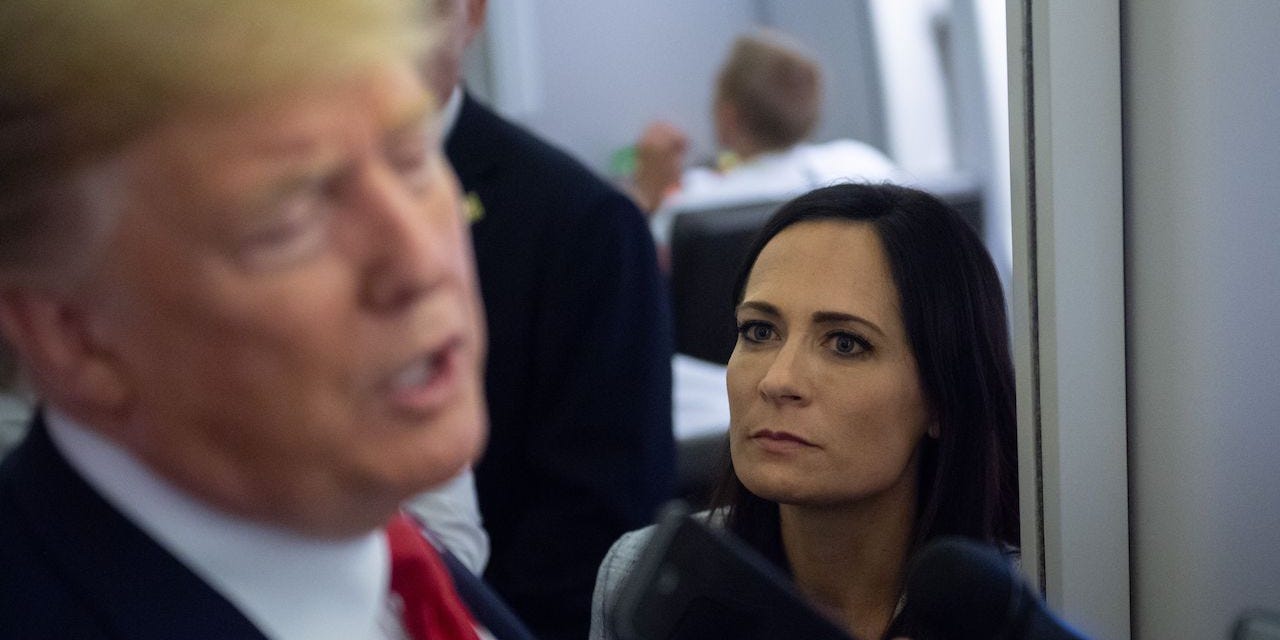 White House Press Secretary Stephanie Grisham listens as US President Donald Trump speaks to the media aboard Air Force One while flying between El Paso, Texas, and Joint Base Andrews in Maryland, on August 7, 2019.

Grisham previously spoke on the phone with one of the panel’s members, Democratic Rep. Jamie Raskin of Maryland, who encouraged her to meet with the congressional committee, according to CNN.

The two shared a lengthy phone call about what happened at the White House on January 6, including conversations that former President Donald Trump was involved in, CNN reported.

This report comes as the January 6 committee continues to dig into knowledge of Trump’s behavior on January 6 as part of its probe. Earlier this week, the committee revealed it has obtained first-hand testimony that Trump was sitting in the White House dining room, watching the insurrection unfold on TV and resisting pleas to take immediate action to stop the violence. One of those pleas came from his daughter and then-senior advisor, Ivanka Trump, who tried at least twice to get her father to quell the riot, according to the January 6 committee.

A spokesperson for Rep. Bennie Thompson, chairman of the January 6 committee, did not immediately respond to Insider’s request for comment.

Grisham first served on Trump’s 2016 presidential campaign before landing several gigs in his administration. She was former first lady Melania Trump’s press secretary, then moved on to become White House press secretary and communications director. She left that post in April 2020 and returned to work for Melania Trump as chief of staff until her resignation last year in the wake of the Capitol attack.

Since leaving her top post at the White House, Grisham has been openly critical of Trump and his administration. She detailed her regret over working for him in a tell-all memoir released last fall and has issued warnings about him potentially running again in 2024.

Grisham did not immediately respond to Insider’s request for comment.