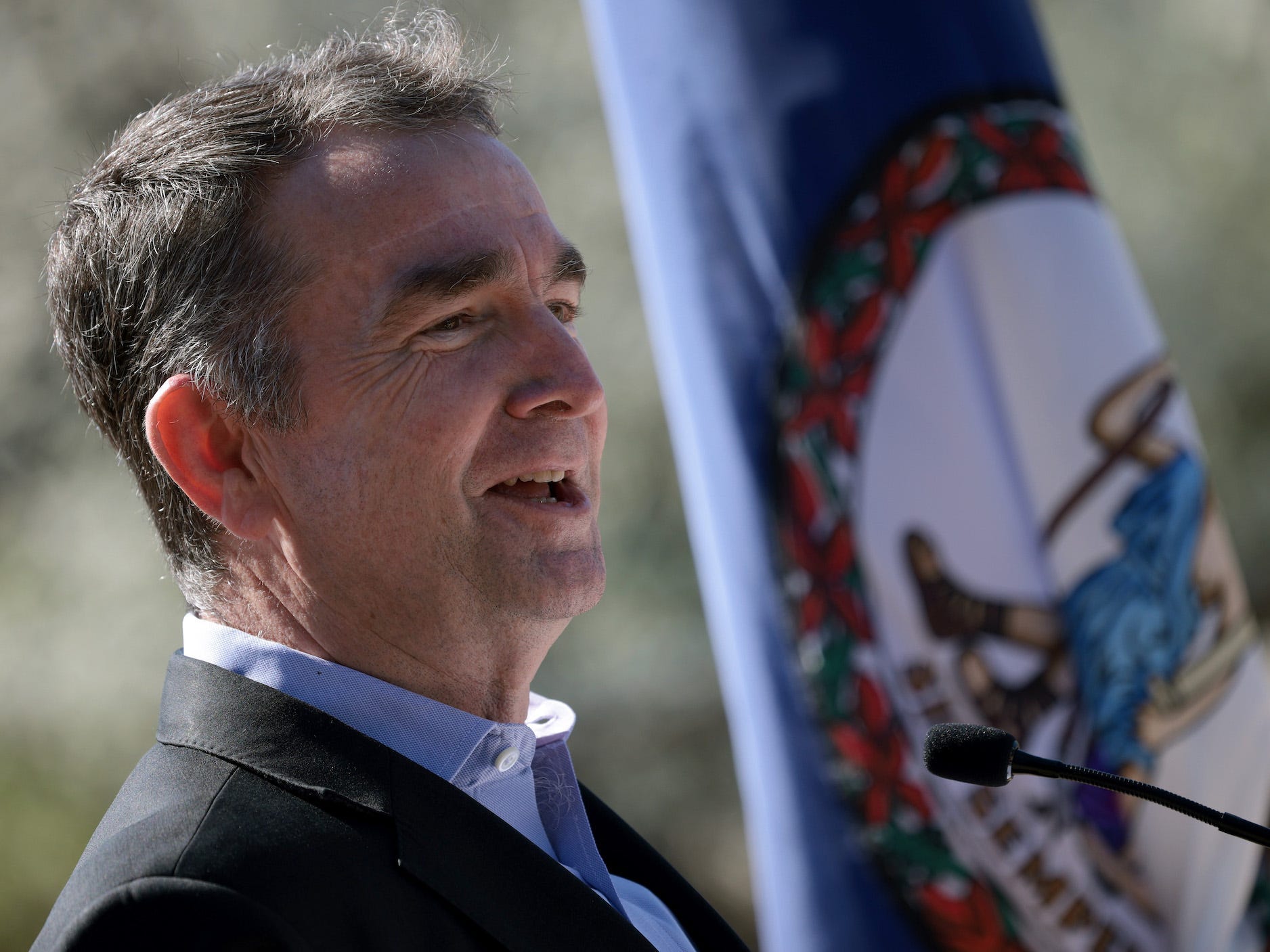 On his way out of office, former Virginia Gov. Ralph Northam pardoned a state senator who was convicted in 2014 for dating his 17-year-old law firm assistant who would later become his wife and the mother of his children.

Northam issued a simple pardon for State Sen. Joe Morrissey, a Democrat from Richmond, for a misdemeanor count of contributing to the delinquency of a minor, the Richmond Times-Dispatch reported.

“To say that I was extremely pleased with what the governor did would be, perhaps for me, the understatement of the 2022 General Assembly session,” Morrissey said, per the Times-Dispatch.

“Most importantly, my wife is grateful,” he added.

Morrissey was 57 in 2014 and then a state delegate when he received a conviction for his relationship with Myrna Pride, who he has since married. The couple have four children together.

Morrissey was disbarred as a lawyer and sentenced to 12 months in jail, with six months suspended. He spent nights in jail while continuing to work as a state delegate during his sentence, according to the Times-Dispatch.

Morrissey’s attorney in his pardon request, Democratic Sen. Scott Surovell of Fairfax, said the simple pardon does not remove the crime from Morrissey’s record.

“A simple pardon doesn’t change any legal consequences associated with a conviction, but I think in a lot of ways it serves as a sort of validation that somebody moved on from the situation that led to the crime at issue and has done a lot to redeem themselves,” Surovell told the Times-Dispatch.

The pardon petition, dated November 29, called Morrissey and his wife “a beautiful and happy family living the American Dream.”

“Myrna will be the first to acknowledge that she was not in any way manipulated by Joe and that she was in no way coerced by him,” the petition says, according to the Times-Dispatch. “They worked together, they were attracted to each other, they fell in love, married, and are raising four (4) wonderful children together.”

Northam issued the pardon on January 14, before Gov. Glenn Youngkin was sworn in the next day.

Lizzie Hylton, a Virginia activist, said in a tweet that she formerly worked on Northman’s campaign and felt his pardon was a betrayal.

“Never in my life have I been so ashamed to be a Democrat,” Hylton tweeted. “Thanks @GovernorVA for spitting in the face of me and every other survivor of sexual assault in VA on your way out of office.”