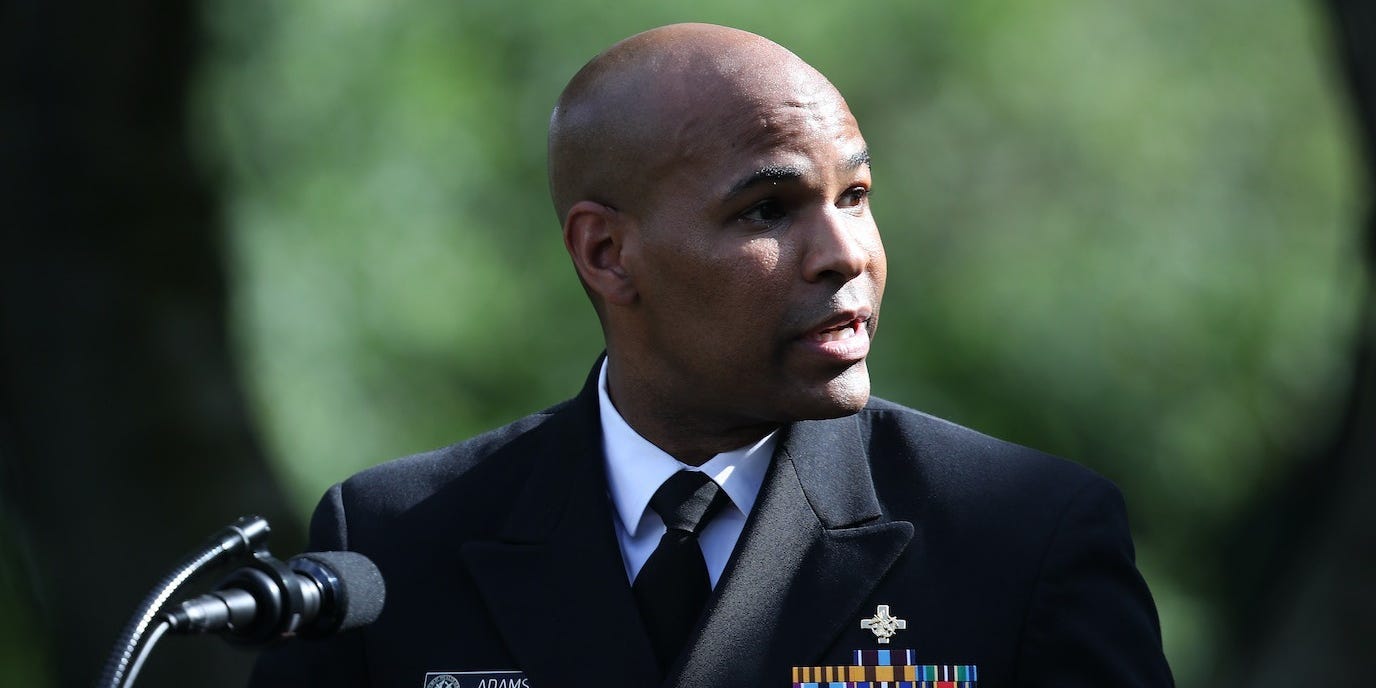 Former US Surgeon General Jerome Adams on Tuesday spoke out against the latest guidance from the Centers for Disease Control and Prevention, which recommended that asymptomatic individuals infected with the coronavirus can complete their isolation period after five days.

Adams — who served under former President Donald Trump from 2017 to 2021 and was a prominent member of the White House coronavirus task force in the former president’s administration — said that individuals should take a antigen test and secure a negative result for the coronavirus before ending their quarantine period.

The former surgeon general went on to speak of his high regard for the CDC, but opined that individuals who work at the agency would be reluctant to follow the new guidelines.

“I love the CDC. Grew up wanting to work there and have been one of their most ardent defenders. I never dreamed the day would come when I would advise people NOT to follow their guidance. Breaks by [heart],” he tweeted.

“But ask any of them. They wouldn’t even follow it for their own family,” he added.

Adams’ comments came after the CDC cut its recommended isolation time in half — from 10 days to five days — for asymptomatic individuals who test positive for the coronavirus.

The agency said that the new guidelines were driven by science that showed that the bulk of virus transmission transpires earlier in the infection period.

However, Dr. Anthony Fauci, the nation’s top infectious-disease expert, recently told CNN that the CDC changed the guidelines based on the number of new cases fueled by the Omicron variant, while also emphasizing the need keep the economy from faltering.

“With the sheer volume of new cases that we are having and that we expect to continue with Omicron, one of the things we want to be careful of is that we don’t have so many people out,” Fauci said. “If you are asymptomatic and you are infected we want to get people back to jobs — particularly those with essential jobs to keep our society running smoothly.”

Fauci said that the changes had been under consideration for some time and called the new guidelines “very prudent” at this particular point in the COVID-19 pandemic.

Adams — while continuing to push back against the agency’s changes on Twitter — stressed the importance of testing.

“Regardless of what CDC says, you really should try to obtain an antigen test (I know – easier said than done) and confirm it’s negative prior to leaving isolation and quarantine. There’s not a scientist or doctor I’ve met yet who wouldn’t do this for themselves/their family,” he tweeted.

“Many who are defending/championing this policy on TV have told me privately if it were their family/workplace, they would want a ‘test out’ of isolation policy. This isn’t about the best science — it’s a compromise to keep the economy open in the face of inadequate tests,” he added.

In fact, the Trump administration was criticized by those who felt it put economic needs before safety. Trump officials reportedly overruled the CDC’s recommendation to extend a cruise ship ban, and altered CDC reports on the coronavirus to better align with Trump’s optimistic views.

With the rapid spread of the Omicron variant of the coronavirus, Americans have been lining up across the country to secure free tests and have scouted convenience stores looking for kits that are suddenly in short supply, an issue that President Joe Biden has committed to tackling in the ensuing weeks.

Adams on Tuesday told the Indianapolis-based News Channel 8 that he was concerned by the message that the CDC’s decision sends to the general public.

“I’m worried now that they’re saying that the people who have isolated for five days can end isolation. But what most of America will hear is that ‘Hey, isolation is done for everybody.’ It doesn’t matter if you’ve got symptoms or not, it doesn’t matter if you wear a mask because the guidance also says that for the second five days, you should be wearing a mask around everyone else,” he said.

“We haven’t had a great mask compliance thus far, so I don’t have a whole lot of confidence that people are going to wear a mask after they end isolation,” he added.

Nearly 822,000 people have died of the coronavirus in the US as of December 29, with more than 53.4 million confirmed cases, according to Johns Hopkins University.