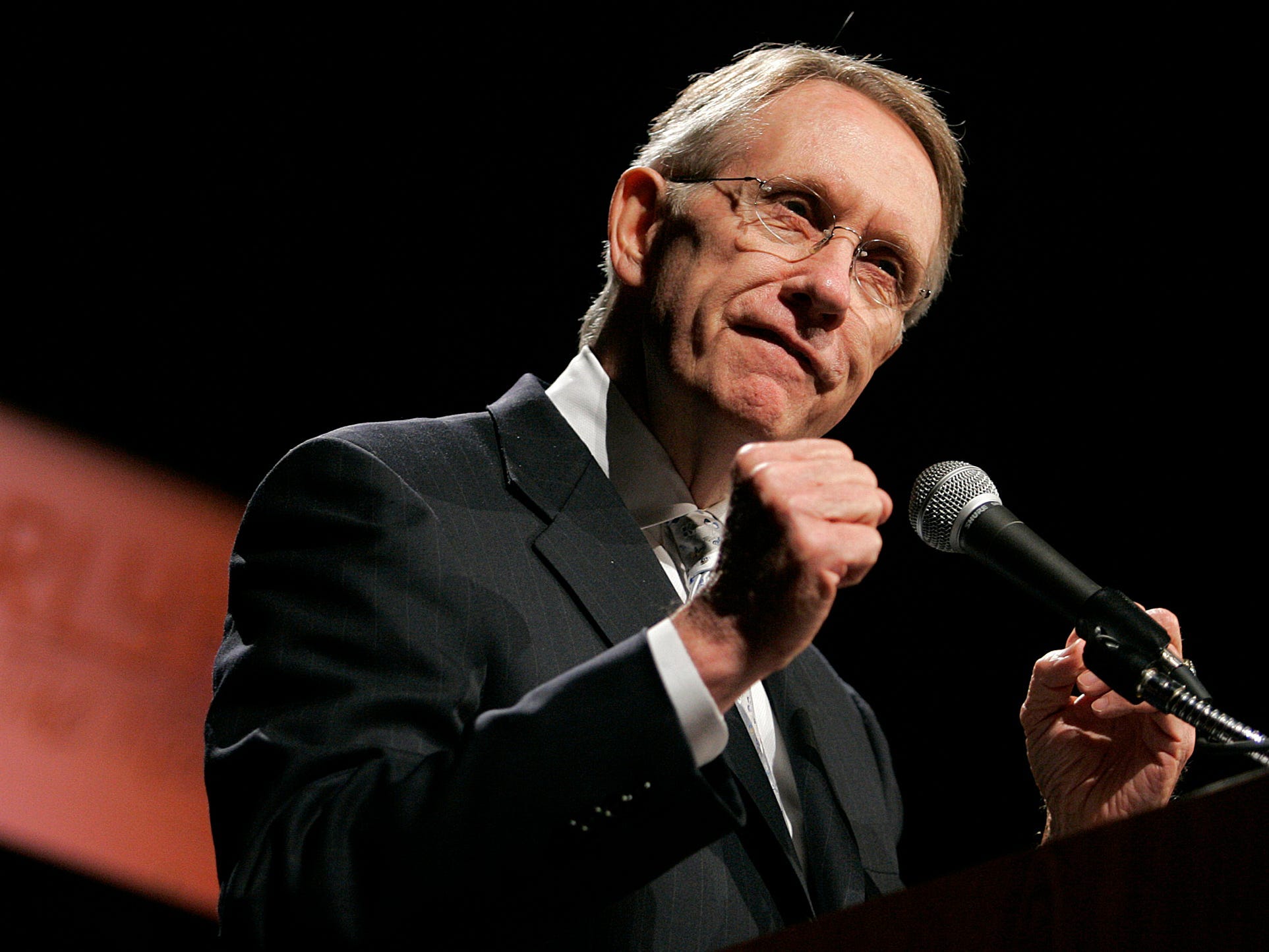 Reid began his decades-long career as Nevada’s lieutenant governor before launching a successful bid to represent the state’s 1st district in the US House of Representatives in 1983. By the next election cycle, he secured himself a seat in the Senate, where he would lead the Democratic Caucus for 12 years and eventually become majority leader.

“One of the most commanding and consequential Senate Majority Leaders in history, he forged extraordinary legislative progress: rescuing our economy during the Great Recession, protecting hardworking families with Wall Street reforms and moving our nation closer to our goal of universal health coverage,” Pelosi said in a press release.

Before his retirement in 2017, Reid helped enact several pieces of landmark legislation, including the Affordable Care Act, the Dodd–Frank Act, and the American Recovery and Reinvestment Act, according to the press release.

“He was tough-as-nails strong, but caring and compassionate, and always went out of his way quietly to help people who needed help,” Schumer said in a press release. “Harry never forgot where he came from, and I will miss my dear friend and mentor greatly.”