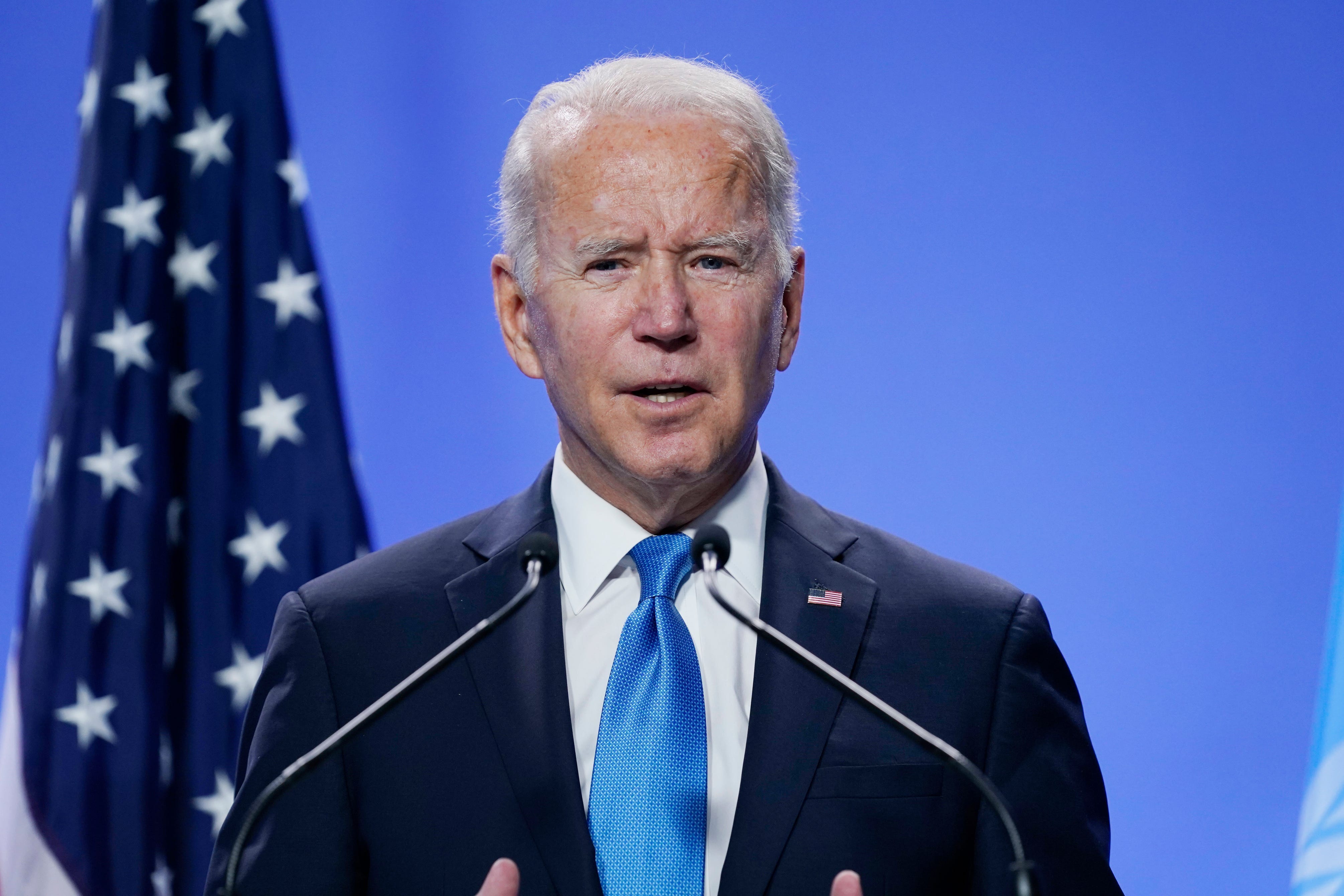 The party was overwhelmingly unified on the $1.9 trillion stimulus package that was signed into law last March, with members committed to providing additional financial relief to Americans in the second year of the coronavirus pandemic in the US.

And Biden has been enormously successful in appointing jurists to the federal bench, with 40 nominees having been confirmed by the Senate in his first year in office, the most for a new president since President Ronald Reagan.

However, as the party looks to the 2022 midterms and the 2024 presidential election, some progressives see turbulence for Biden’s expected 2024 reelection campaign, according to a Politico report.

In 2020, many liberals coalesced around the candidacy of Sen. Bernie Sanders of Vermont, an independent who ran a strong campaign against Secretary of State Hillary Clinton during the 2016 Democratic presidential primaries.

But Biden – who had served as vice president under President Barack Obama from 2009 to 2017 — was a universally-known figure who appealed to Black voters, moderates, blue-collar workers, and independents leery of former President Donald Trump.

While Biden was not the first-choice among most progressives, he embraced many of their ideas, including funding for universal pre-Kindergarten, tuition-free community college, an expansion of home and community-based care for elderly Americans, and dedicated funding for substantial clean energy initiatives.

However, many of these initiatives were included in the Build Back Better Act, which was essentially shelved last month when Sen. Joe Manchin of West Virginia announced his opposition to the bill, which infuriated the the party’s left flank. Liberals predicted such an outcome when the $1.2 trillion bipartisan infrastructure bill passed without its larger legislative counterpart, denying them the leverage they desired in order to pass both bills at the same time.

Biden and Democratic leaders are trying to work with Manchin to revive talks on the bill, which had the support of virtually every other Senate Democrat in the 50-member caucus, but many progressives have seen enough, with an emerging threat of a 2024 primary challenge to a Biden second term, according to the report.

Jeff Weaver — who in 2016 served as the campaign manager for Sanders’ presidential campaign and was an advisor for the senator’s second White House bid in 2020 — told Politico that Biden will face a liberal opponent.

“Will there be a progressive challenger? Yes,” he told the outlet.

Weaver said that he wasn’t pushing for a primary challenger to go up against Biden, but even the talk of someone potentially mounting a campaign is a stark turnaround from last year, when many progressives appeared satisfied with the president.

Last month, Manchin’s rejection of the Build Back Better Act’s framework was a huge blow to progressives.

And Biden’s sagging poll numbers have only dampened what many progressives hoped would be a more transformative administration — despite the president still having been in office for less than a year.

Corbin Trent, the cofounder of the progressive No Excuses PAC and the former communications director for Democratic Rep. Alexandria Ocasio-Cortez of New York, was blunt in his assessment of Biden’s performance.

“He’s deeply unpopular. … He’s largely been ineffective, unless we’re counting judges or whatever the hell inside-baseball scorecard we’re using. And I think he’ll probably get demolished in the midterms,” Trent told Politico.

He added: “People will smell opportunity, and DC is filled with people who want to be president.” However, no major Democrat — especially among the heavy hitter 2020 presidential candidates which included now-Vice President Kamala Harris and now-Transportation Secretary Pete Buttigieg — is seen as a viable prospect to challenge Biden.

Neither Sanders or Sen. Elizabeth Warren of Massachusetts — who both occupied the progressive lane in the 2020 primaries — are expected to challenge Biden.

And while many progressives pine for a future presidential run by Ocasio-Cortez, few people think she would run against Biden in a primary and risk her long-term political future.

Some liberals believe that a candidate may emerge who isn’t currently an elected official, such as former Sanders campaign cochair Nina Turner, former presidential candidate Marianne Williamson, or entrepreneur Joe Sanberg, according to Politico. A high-profile progressive echoed a similar sentiment when asked by the outlet if someone would challenge Biden from the left flank of the party.

“Yes, but someone like Nina Turner or Marianne Williamson. Doubt anyone currently elected,” the individual said.

When contacted by Politico, neither Williamson, who campaigned for the Democratic nomination in the 2020 presidential election nor former Sanders surrogate Turner responded to an inquiry on whether they’d entertain a 2024 candidacy, and a spokesperson for Sanberg said that “there’s no truth” to reports of him mulling a run.

Weaver told Politico that a progressive challenge wouldn’t be a “repudiation” of the president, but simply a consequence of the left’s growing influence within the party.

“Progressives are ultimately ascendant,” he told the outlet. “And if nothing else, a progressive running who gets a lot of support will demonstrate that the ideas that the progressive movement embraces are, in fact, popular.”

In many ways, Biden has been adhering to the message.

However, many liberals have challenged Biden to take more consequential action regarding loan forgiveness.

Rep. Ro Khanna of California, a prominent progressive and former Sanders campaign cochair, highlighted the positive relationship that he’s enjoyed with the Biden White House, especially as it pertains to input regarding the Build Back Better Act.

“President Biden and his senior team have made a concerted effort to reach out to me since Sen. Sanders’ campaign ended and seek input into legislation and strategy,” he told Politico. “He wants to implement a bold progressive vision, and he will have my enthusiastic support in 2024 so we have eight years to do it.”