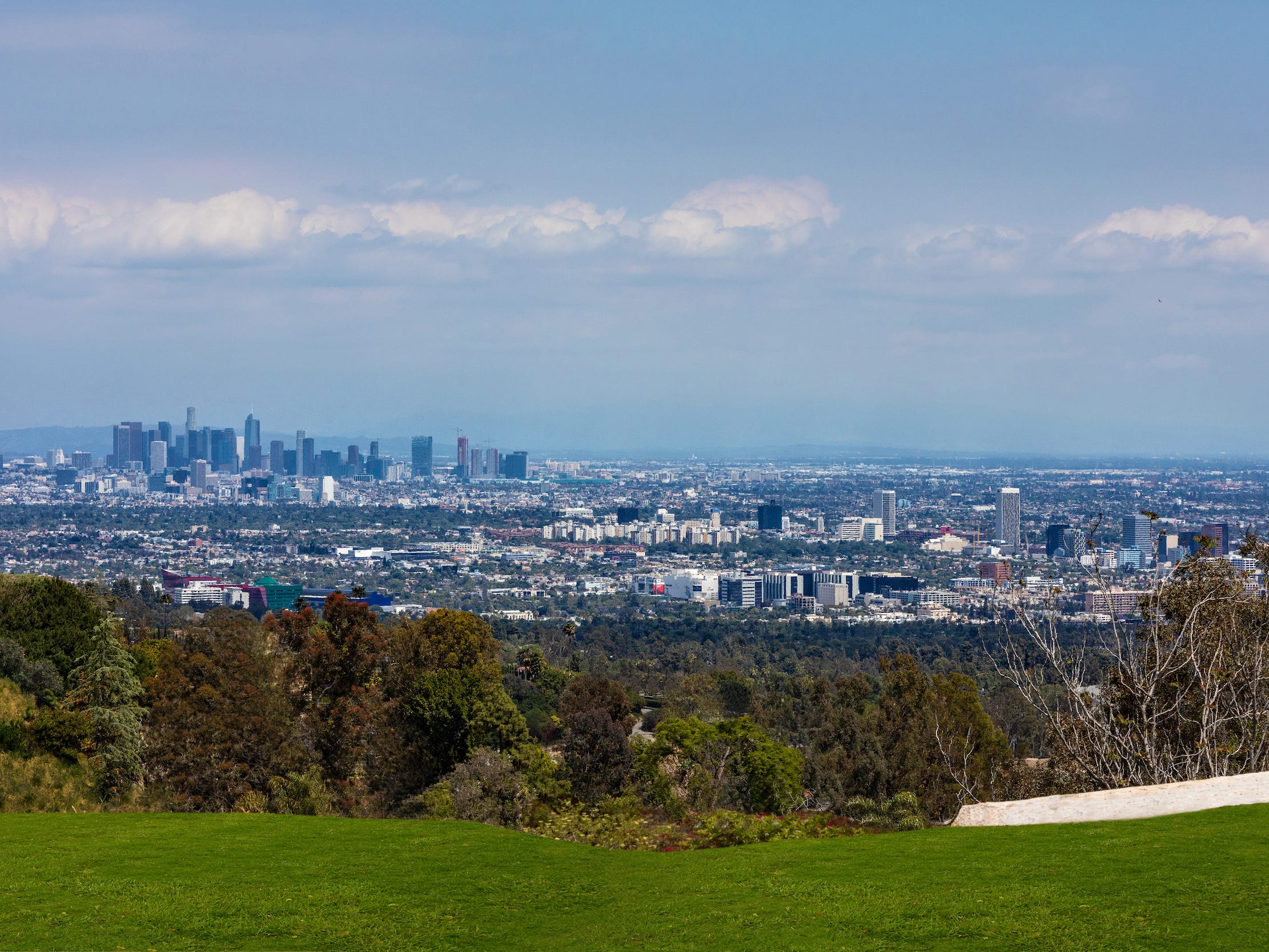 The hilltop property has prime views of downtown Los Angeles.

Allen, who cofounded Microsoft in 1975 with Bill Gates, bought Enchanted Hill for $20 million back in 1997 and demolished a home that had been built there. He once had plans to turn it into a personal private compound. Beverly Hills, where the land sits, is one of the most affluent parts of Los Angeles. Foreign billionaires and celebrities including Jennifer Aniston, Brad Pitt, Cher, and Ellen DeGeneres have been known to call Beverly Hills home. In the 90210 zip code, the current median listing price for a home is $6.5 million. In the 1920s, Enchanted Hill belonged to renowned screenwriter Frances Marion and her husband, silent screen star Fred Thomson, according to Variety. It got its name from actress Greta Garbo, who was their neighbor at the time, according to the LA Times. A video from the brokerage representing the property shows what it looked like in the ’20s:

Today, Enchanted Hill comprises five separate parcels, including a four-acre main estate site. According to the listing, the land has space for a private compound, as well as multiple guest houses, a sports arena, a spa and wellness center, an entertainment complex, equestrian facilities, or a winery. Enchanted Hill’s lofty position offers views of the ocean, mountains, and the canyon, as well of downtown Los Angeles, which is about an hour away. The hilltop property has prime views of downtown Los Angeles.

Allen’s plans to build a compound never materialized, but he did add utilities, a one-mile private street, and two gated entrances to the property while he owned it. The property is one of the largest sites that remains undeveloped in the Beverly Crest neighborhood of Beverly Hills. After Allen’s death in October 2018 from non-Hodgkin’s lymphoma, the property was put on the market. It was originally listed for $150 million, according to the LA Times. The property is among several of Allen’s sizable former assets that were put up for sale by his estate since his death, including a MiG-29 fighter jet and his 414-foot super-yacht, Octopus. In February 2020, The Wall Street Journal reported that Amazon founder Jeff Bezos was buying the plot of land for $90 million. The purchase was said to be in addition to the $165 million Bezos spent on the sprawling Warner estate, breaking the record for the most expensive home sale in California state history. The Warner estate is just down the road from Enchanted Hill — the properties are less than two miles apart. But the Los Angeles Times reported in March 2020 that Bezos pulled out of the deal to buy Enchanted Hill. The property was relisted at $110 million with Jeff Hyland, Rick Hilton, and Zach Goldsmith of Hilton & Hyland. Now, former Google CEO Eric Schmidt has snapped up the property for a reduced price of $65 million, The Wall Street Journal reports. The deal closed in September. Schmidt, who served as Google’s CEO from 2001 to 2011 as was later the company’s executive chairman, owns two other multimillion-dollar properties in California: He bought a $61.5 million Bel-Air compound last year and a $30.8 million estate in Mendocino in 2020, according to The Journal.