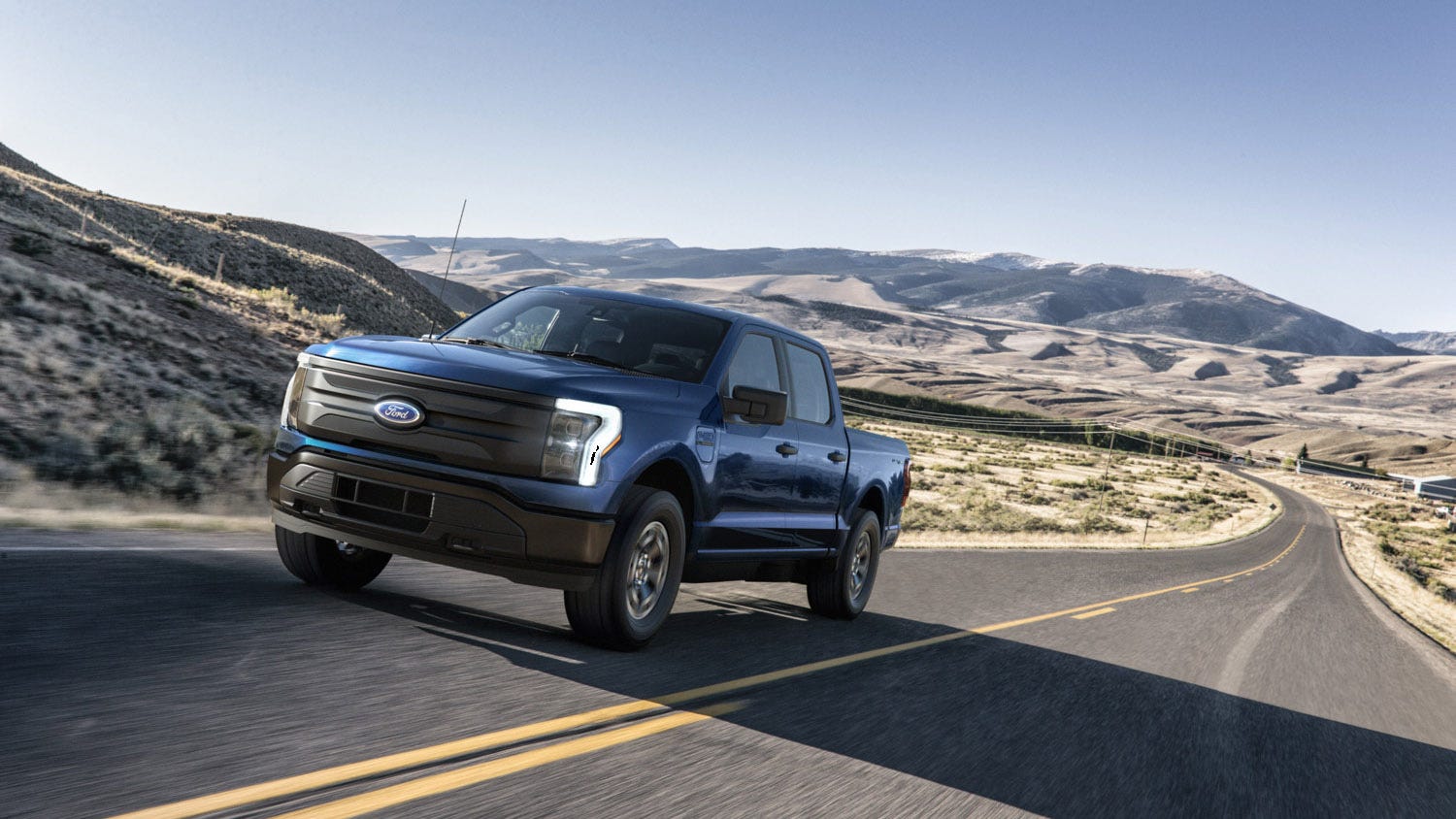 By the end of 2023, Ford plans to have the capacity to produce 600,000 electric vehicles annually.

When Ford unveiled first unveiled the electric F-150 Lightning, it planned to build 40,000 of them each year. Now it’s realizing that’s not nearly enough.

Ford on Tuesday said it plans to churn out 150,000 of the popular pickups annually to meet higher-than-expected demand. The company is in the midst of a massive transition toward electric-vehicle production, and Tuesday’s announcement is the latest sign of strong customer demand for Ford’s EVs and for the segment at large.

The automaker’s shares surged as much as 9% in early trading Tuesday following the announcement.

Ford had already doubled its initial F-150 Lightning production target to 80,000 units per year, but even that became too little as appetite for the truck grew. In December, Ford stopped accepting refundable reservations for the truck as the number of preorders neared 200,000. At Ford’s original production rate, it would have taken years to fulfill those orders.

The company has ramped up its EV-production plans across the board. In November, the company announced plans to grow its electric production capacity to 600,000 units by 2023, a figure it claims will make it the No.2 US EV producer behind Tesla. Its crosstown rival, General Motors, aims to sell a million EVs per year starting by 2025. Ford recently said it will triple production capacity of the Mustang Mach-E, its electric SUV, to reach 200,000 units by 2023.

The F-150 Lightning starts at $40,000 for a basic work truck with 230 miles of driving range. More expensive models will come with around 300 miles of range, a larger touchscreen, more interior comforts, and other features.

Ford said on Tuesday that it will begin inviting reservation holders to officially order their trucks on Thursday. Deliveries are set to start this spring, making the F-150 Lightning the third modern electric pickup on the market, after the Rivian R1T and GMC Hummer EV.

But the F-150 isn’t the only exciting electric truck that’s just over the horizon. Chevrolet plans to unveil its Silverado EV during the Consumer Electronics Show on Wednesday.