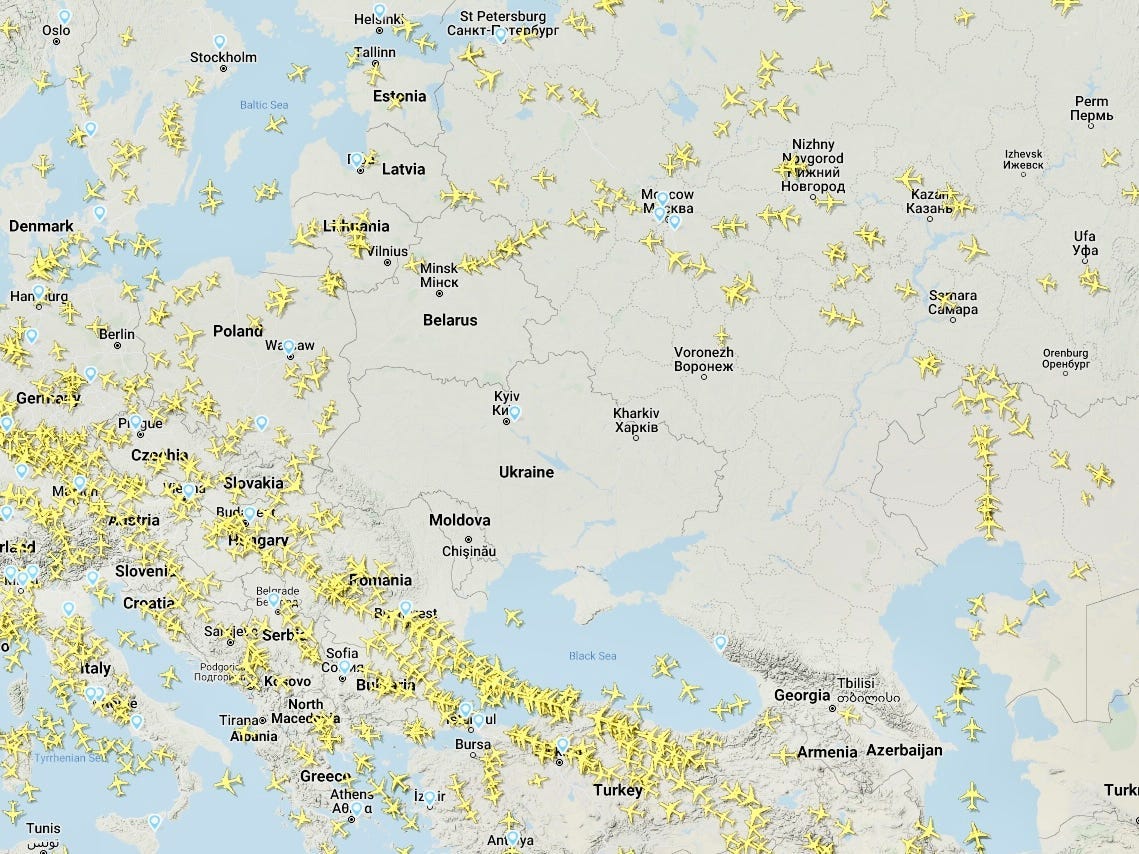 A flight tracker shows empty airspace over Ukraine after Russia attacked Ukraine on Thursday morning, and explosions were reported across the country.

The screenshot of FlightRadar24, as seen above, was taken shortly before 10:50 a.m. Ukrainian time Thursday.

The European Union Aviation Safety Agency called Ukraine “an active conflict zone” and warned that any flights within 100 nautical miles of the Russian and Belarus borders could also pose safety risks.

Russia also announced Thursday that it was suspending domestic flights to and from several airports near the Ukrainian border until March 2, Reuters reported.

The country also closed some airspace in the southern city of Rostov-on-Don, which borders eastern Ukraine, “in order to provide safety” for civilian flights, Reuters reported.

Many global airlines, including Air France, KLM, and Lufthansa, canceled flights to Ukraine in recent days.

The aviation industry has cautious since Malaysia Airlines Flight MH17 was shot down over eastern Ukraine in 2014.