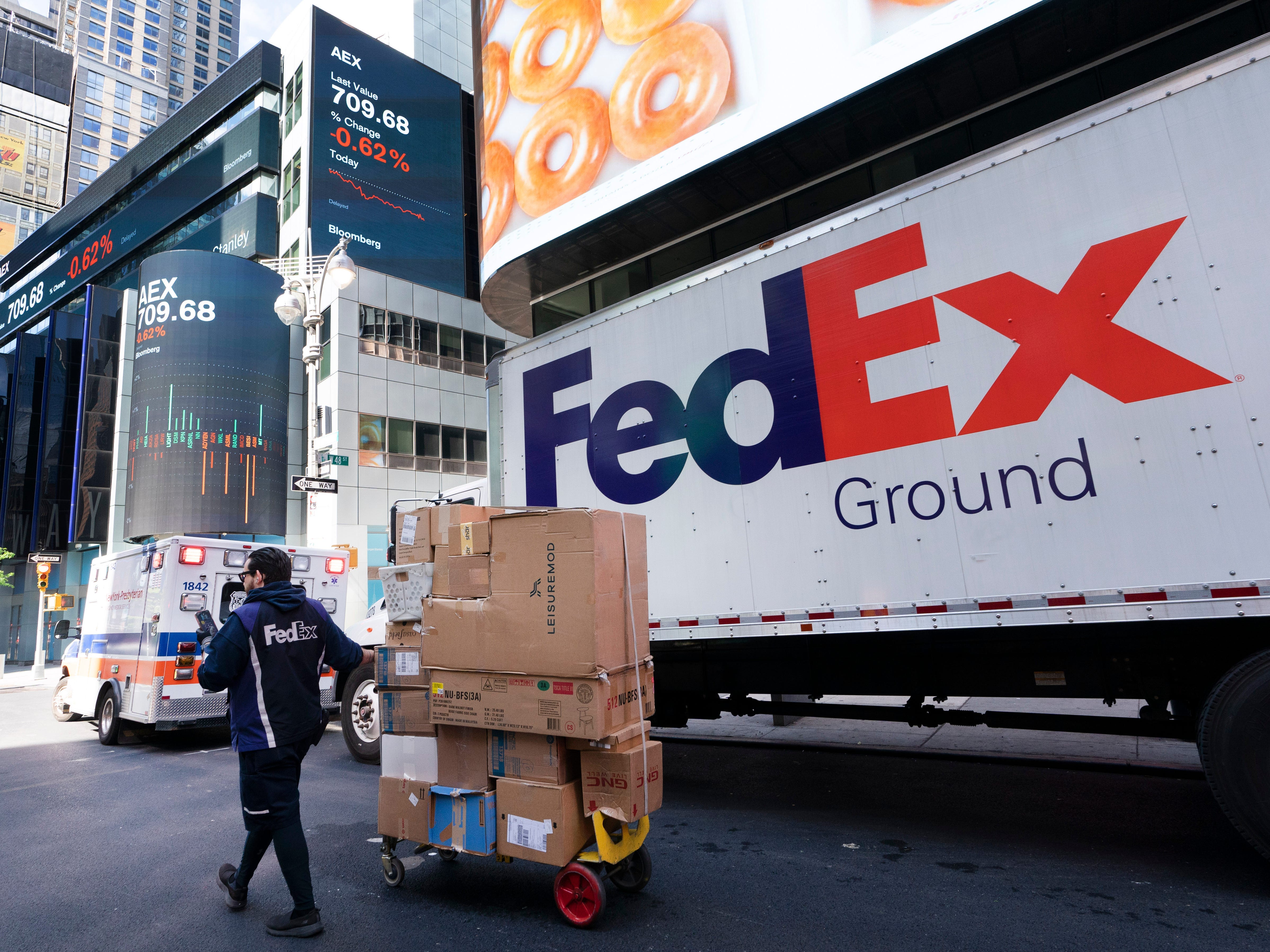 On top of “lumpy” financial performance, FedEx’s on-time delivery rates have been trailing those of UPS and USPS for several quarters.

When it comes to financial results, “lumpy” is rarely a positive descriptor. At best, it’s neither very good nor very bad. Such is the case for FedEx as 2022 approaches.

Executives have made some progress, which they reported in their latest earnings call this month. Overall profits were improved, with adjusted operating margin up to 7.1% from 6.8% in the previous quarter, but still slightly down from one year ago.

Morgan Stanley analysts noted in a research note after the call that the “lumpiness” of the last few quarters is “hard to reconcile.” One quarter FedEx Ground profitability is improving, the next it’s down. FedEx’s trucking segment is usually a stalwart of growth, but less so last quarter.

“What is clear is that FDX’s earnings volatility continues,” they wrote.

At first, the pandemic seemed like a much-needed jumpstart for FedEx. The shift of consumer spending from stores to e-commerce exploded demand for delivery services and bolstered FedEx along with UPS and many smaller competitors. With demand outstripping supply, carriers had the power to demand higher prices, and they did.

FedEx’s profitability went up, but not consistently and not enough for Wall Street where analysts increasingly displayed frustration.

On top of “lumpy” financial performance, FedEx’s on-time delivery rates have been trailing those of UPS and USPS for several quarters. Delivery performance doesn’t affect financial returns directly, but industry experts have told Insider the company may have difficulty recovering from a tarnished reputation. FedEx CMO Brie Carere told Insider the late deliveries were about growth.

But this month, executives said the tide was about to change.

COO Rajesh Subramanian, likely CEO Fred Smith’s successor, said the company would post an average double-digit margin in the second half of its fiscal year, which began December 1. The stakes are high for him to deliver. Read up on the peaks and valleys of FedEx’s 2021 performance with these stories.

How FedEx handled the pandemic’s curveballs

FedEx has same-day ambitions, but a top exec says it won’t get into a race to the bottom with gig economy startups

FedEx’s legendary founder is stepping back as his company grapples with the e-commerce boom. These 6 execs will have to take it into a new era.

The untold story of how Amazon siphoned FedEx talent, setting Amazon Logistics up to soar while FedEx flounders

New competition is picking up speed