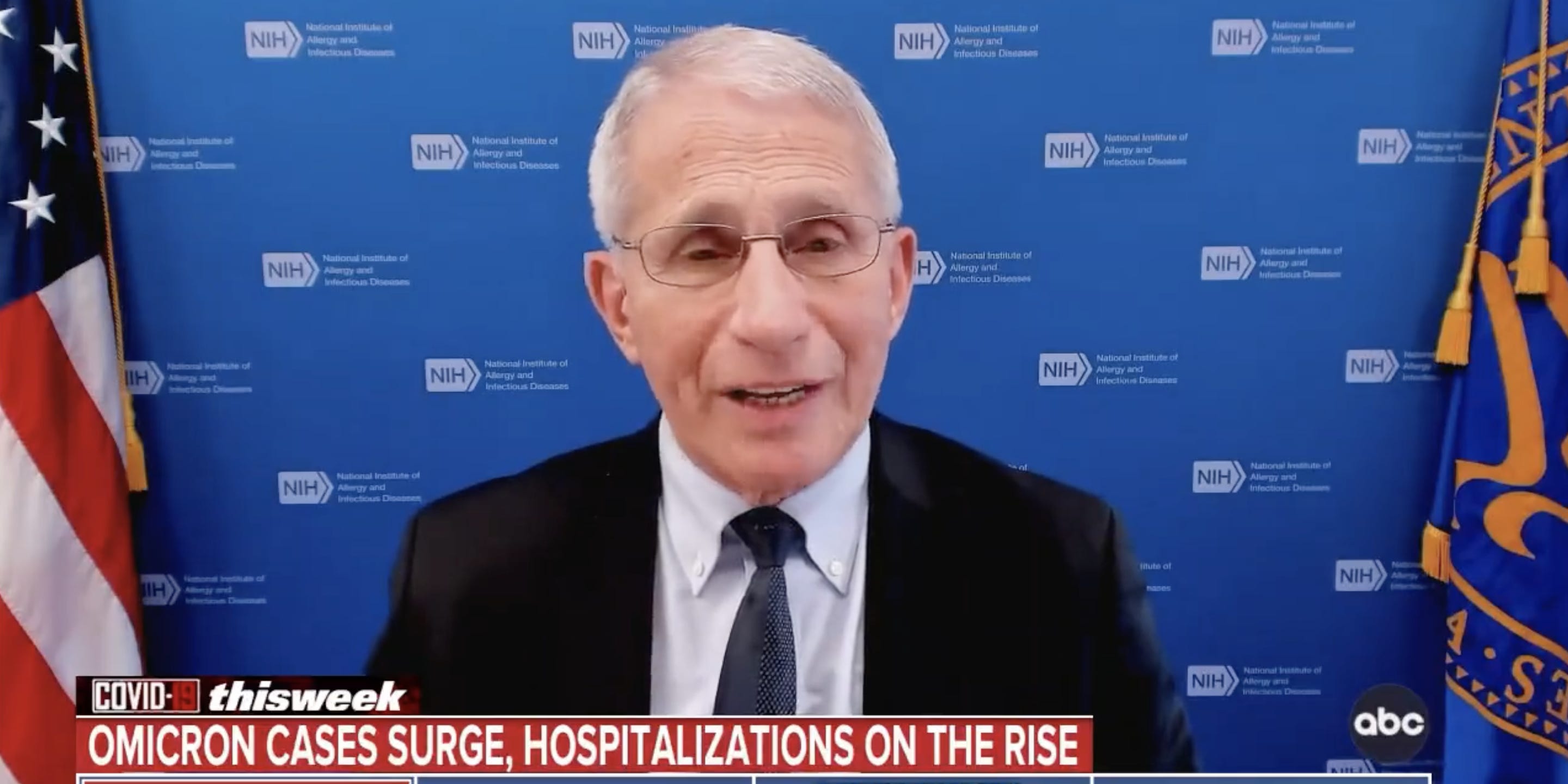 Dr. Anthony Fauci, the longtime director of the National Institute of Allergy and Infectious Diseases, on Sunday said he expected coronavirus cases in the US to continue to rise as the ‘extraordinarily contagious’ Omicron variant spreads.

“Well, there’s one thing that’s for sure that we all agree upon, that it is extraordinarily contagious,” Fauci said during an appearance Sunday on ABC News’ “This Week.” “It’s just outstripped even the most contagious of the previous ones, including Delta. There’s no argument on anybody’s part about that.”

Fauci, the chief medical advisor to President Joe Biden, said Sunday keeping people out of hospitals was one of the top priorities of the Biden administration.

“The one that would be immediate is to make sure, given the rapid spread of this extraordinary variant, that we don’t get an overrun on hospitals, particularly in those regions in which you have a larger proportion of unvaccinated individuals,” he said.

He added: “We want to make sure that, given the sheer volume of number of cases that you see now, every day, it goes up and up — the last weekly average was about 150,000, and it likely will go much higher.” And one month earlier, on November 22, the seven-day average of new cases was just over 93,000.

The new variant appears to be more transmissible than previous variants of the novel coronavirus, though public-health experts say data has suggested it produces a more mild infection than other variants of the disease. Still, experts have said the variant should be taken seriously.

“The issue that we don’t want to get complacent about, Jon, is that when you have such a high volume of new infections, it might override a real diminution in severity so that if you have many, many, many more people with less level of severity, that might kind of neutralize the positive effect of having less severity when you have so many more people,” Fauci told ABC News’ Jon Karl on Sunday.