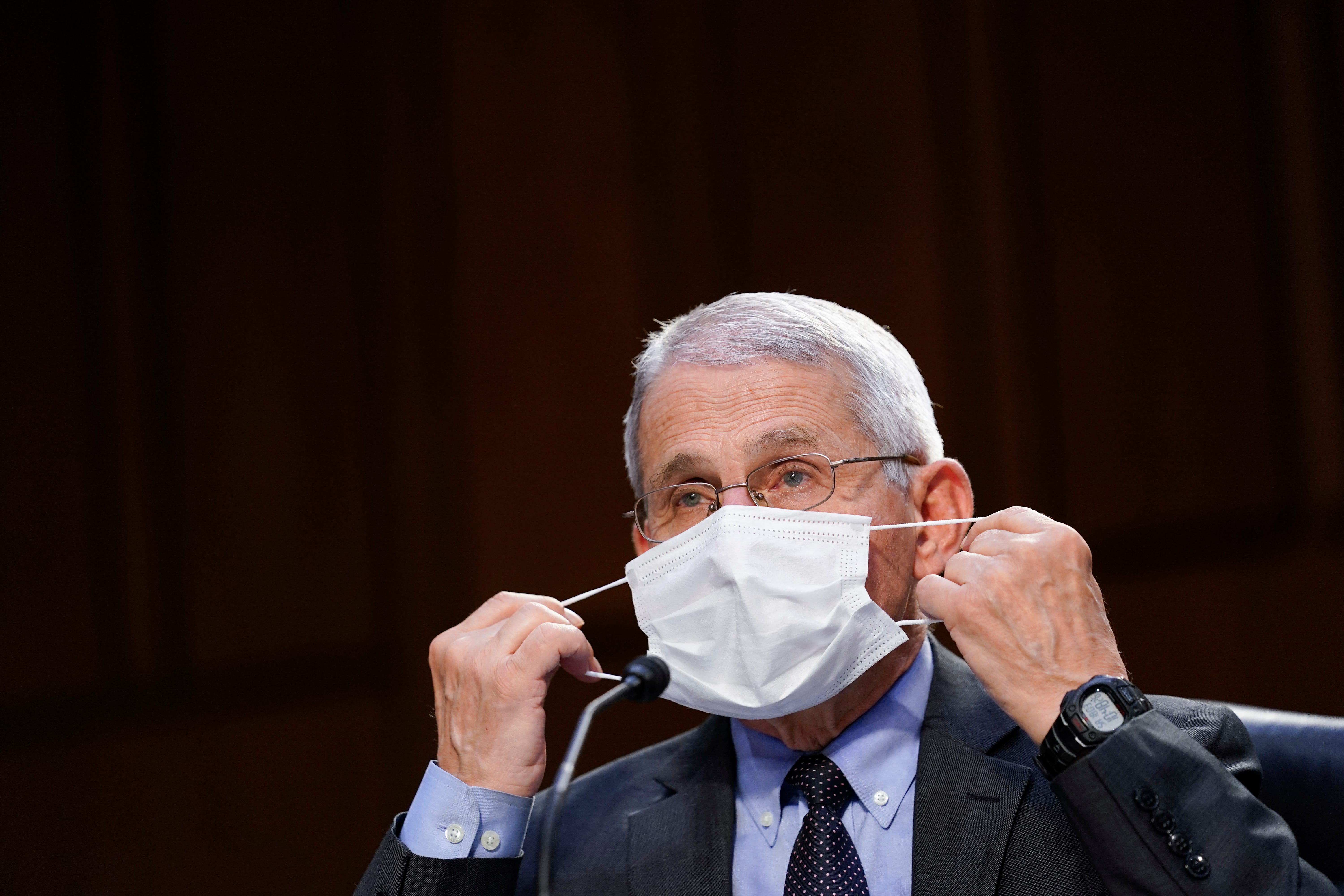 Dr. Anthony Fauci, director of the National Institute of Allergy and Infectious Diseases, adjusts a face mask during a Senate Health, Education, Labor and Pensions Committee hearing on the federal coronavirus response on Capitol Hill on March 18 2021 in Washington DC.

Dr. Anthony Fauci, the White House’s chief medical advisor, said that he was “stunned” when former President Donald Trump was booed by supporters after he announced he is vaccinated and received a booster shot.

Trump made the remarks during former Fox News host Bill O’Reilly’s “History Tour” last week, prompting outcry from the crowd, as first reported by Newsweek. During an interview on ABC’s “This Week” on Sunday, Fauci said that he was “dismayed” by the negative reaction from the crowd.

“I was a bit dismayed when former President Trump came out and made that statement and his followers booed him. I was stunned by that,” Fauci said, adding that he believes it shows how “recalcitrant they are about being told what they should do.”

During a recent interview with Candace Owens — a right-wing pundit who has openly spoken out against vaccines — Trump championed the vaccine, calling it “one of the greatest achievements of mankind.”

“If you take the vaccine, you’re protected,” Trump said during the interview.  “Look, the results of the vaccine are very good. And if you do get (COVID-19), it’s a very minor form. People aren’t dying when they take their vaccine.”

Trump’s recent pro-vaccine stance flies in the face of that of several members of the Republican party, as well as many of his supporters, who are more skeptical of getting the shots, according to polls.

“I think that (Trump) continuing to say that people should get vaccinated and him articulating that to them in my mind is a good thing,” Fauci added. ” I hope he keeps it up.”