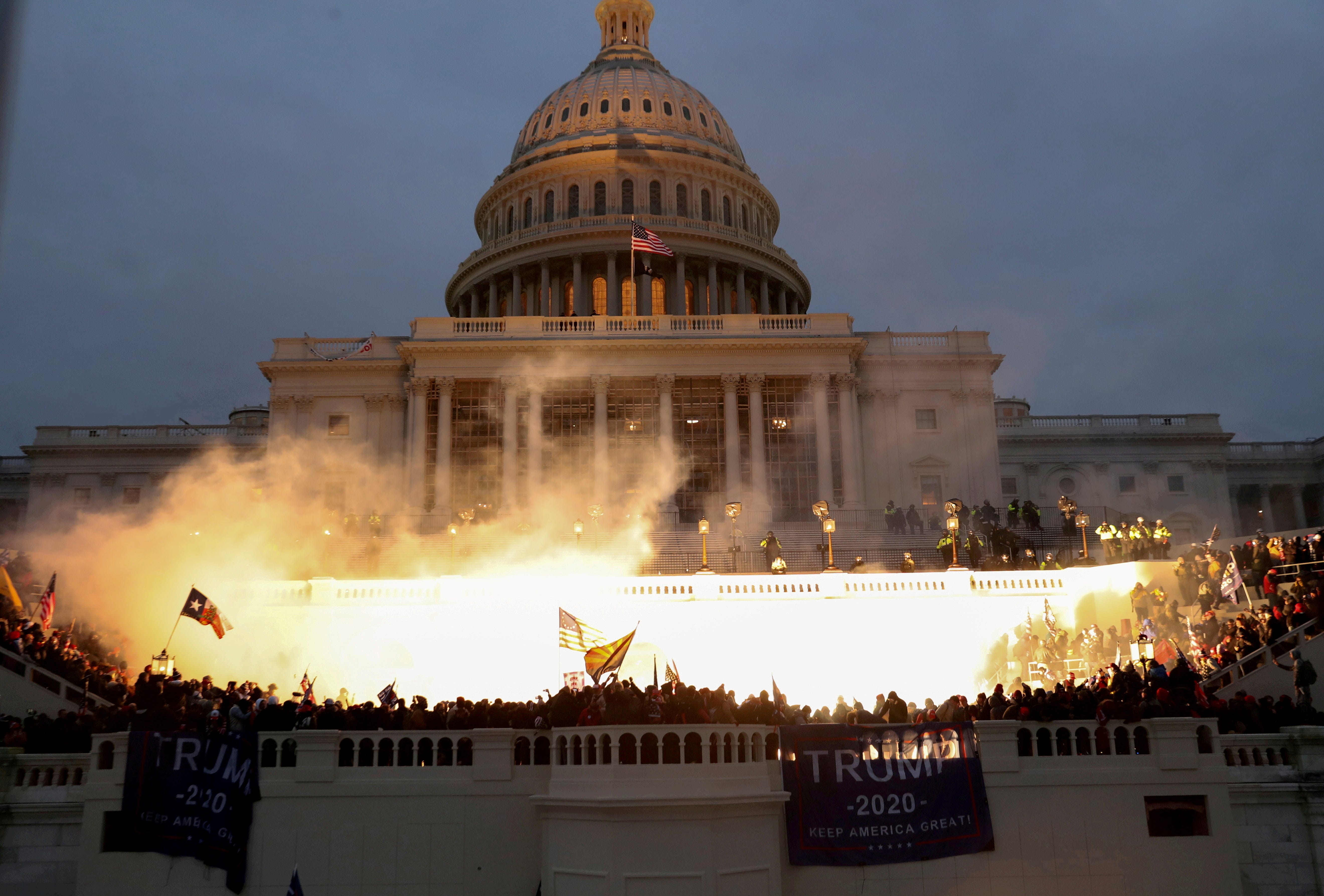 An explosion caused by a police munition is seen while supporters of U.S. President Donald Trump riot in front of the U.S. Capitol Building in Washington, U.S., January 6, 2021.

A Father and son each pleaded guilty on Tuesday to a civil disorder felony charge related to the January 6 US Capitol insurrection after posting about the events on social media.

Almost one year ago today, 51-year-old Daryl Johnson and his 29-year-old son Daniel Johnson unlawfully entered the Capitol building through a broken window by the Senate Wing, court documents say.

Once inside, The Department of Justice said the pair and others rushed law enforcement officers to allow rioters to breach the Capitol.

Both men posted about their participation in the insurrection on social media, according to authorities. Daniel — the son — messaged a friend on Snapchat that day, saying he was “one of the first ones inside,” the DOJ said.

On January 7, his father posted about the Capitol attack on Facebook, per the Justice Department:

“if [we] can get 50+ year old men and women upset enough to spend thousands of $ to come to a rally what happens when those same people decide to throw out the ‘elected officials.’ It will be hangings on the front lawn of the capitol…,” Johnson wrote.

Plans to storm the Capitol circulated on Facebook, Twitter, and Parler days before the attack took place. Over the past year, internet sleuths and federal investigators alike have used photos and videos of the seige posted to social media as a way to identify potential suspects.

At least 49 people are also accused of trying to delete evidence from their phones and social media accounts, according to a review of court records by the Associated Press.

Daryl and Daniel Johnson are scheduled to be sentenced on April 12, and each face up to 5 years in prison and a $250,000 fine.