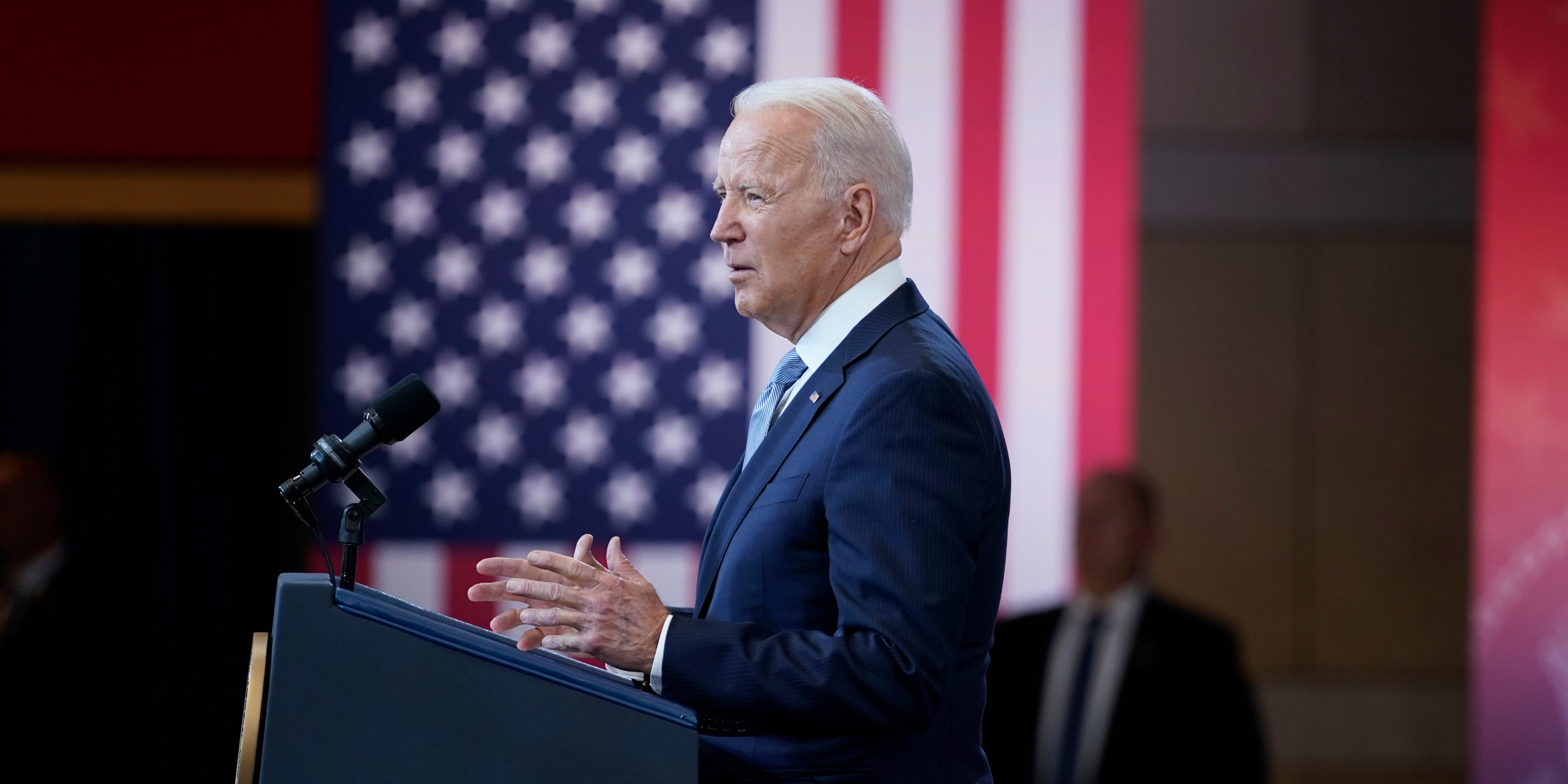 President Joe Biden has pitched his foreign policy agenda to America under a handful of labels and themes.

His administration promises to “build back better” both at home and abroad. During the campaign in 2020, his future national security advisor, Jake Sullivan, spoke frequently of a “foreign policy for the middle class.”

In language that harks back to the Cold War, Biden convened a 110-nation virtual “Summit of Democracies” this month, with the avowed aim of reasserting American leadership among ideologically aligned friends and partners.

These various tag lines and rubrics are united by a few common themes. Foremost among them is the challenge of China. Whatever the mistakes or misapprehensions of the accommodationist Obama years, Biden and his team claim to now be clear-eyed and unflinching on China.

The administration’s Interim National Security Strategic Guidance, released on March 3, labels China the only competitor potentially able to “mount a sustained challenge to a stable and open international system.” When Biden made the bold decision to fully withdraw from Afghanistan, he justified it in part by saying that there was nothing China would rather have than “the United States to be bogged down another decade in Afghanistan.” Biden and Chinese President Xi Jinping at a virtual meeting in November.

Yet nearly a year into this administration, the Biden team’s purported laser focus on China is mostly missing in action.

Facing expansive global commitments, finite resources, and continued calls from foreign policy elites for American “leadership” for every global problem, the president’s national security team has refused to make the hard choices that a successful grand strategy will require.

The Department of Defense is front and center in America’s over-militarized approach to the world. After nine months of work, on November 29 the Pentagon released its Global Posture Review, a document that promised a holistic appraisal of all overseas US bases and forces.

“Released” may be too strong a word — the document was classified, with the public disclosure amounting to a one-page press release and guarded briefings from Defense Department officials. But the Pentagon has made it clear that in grading itself, the Department warranted an A.

Some minor tweaks were announced: a helicopter squadron for Korea, rescinding Trump’s force cap for Germany, better infrastructure in Guam. The jarring thing about the Global Posture Review was how little it appears to have said or done. US aircraft over Guam during an exercise, February 9, 2021.

Many foreign policy thinkers and practitioners are now willing to concede that the Middle East should occupy far less of America’s national security attention and resources. The administration has made some positive moves in the region, like withdrawing overworked air defense units and limiting support for the disastrous Saudi-led war in Yemen.

But a serious reconsideration of America’s role in the Middle East does not appear to be in the offing. At the International Institute for Strategic Studies’ Manama Dialogue in November, the National Security Council’s Brett McGurk promised flatly: “The US is not going anywhere.”

The administration has been just as indecisive and inertia-driven when it comes to the military services. Two decades of bipartisan neglect during the post-9/11 wars has left the US Navy in a precarious position.

Failed transformational acquisition projects have left the Navy with $12 billion aircraft carriers, an abandoned stealth destroyer program, and littoral combat ships that are manifestly unsuited for war and are already being decommissioned.

US ship numbers have declined steadily, from nearly 600 in the late 1980s to fewer than 300 today. That halved fleet has deployed twice as often, due to what former Deputy Secretary of Defense Bob Work recently termed “a slavish devotion to forward presence.” US Navy guided-missile destroyer USS Fitzgerald, damaged in a collision with a merchant vessel, in Yokosuka, Japan, June 18, 2017.

Overworking the diminished fleet in these constant presence missions contributed to a shocking pair of collisions in 2017 that left 17 sailors dead and the Navy looking inward for answers. One longtime naval analyst describes the Navy’s current trajectory as “a material death spiral.”

China, in contrast, has prioritized the People’s Liberation Army Navy (PLAN) and made enormous strides since the turn of the century. The PLAN has commissioned more than 100 surface warships in just the past decade and now boasts the largest navy in the world.

China’s fleet is not as capable or as operationally experienced as the US Navy — but it is catching up quickly.

As the global war on terror winds down, an overall peace dividend may or may not be warranted for America. But having largely ended two decades of wars in the Greater Middle East, the United States is long overdue to heavily reprioritize its navy at the expense of the other services. With the world’s two largest oceans between it and any major threat, America’s navy is its most important military instrument in the 21st century.

An anonymous senior defense official told reporters that the Biden administration was not apt to make major strategic changes in its first year. But with problems mounting at home and abroad and a likely brutal midterm election less than a year away, the time for hard choices and prioritization is now.

Gil Barndollar is a senior fellow at Defense Priorities.