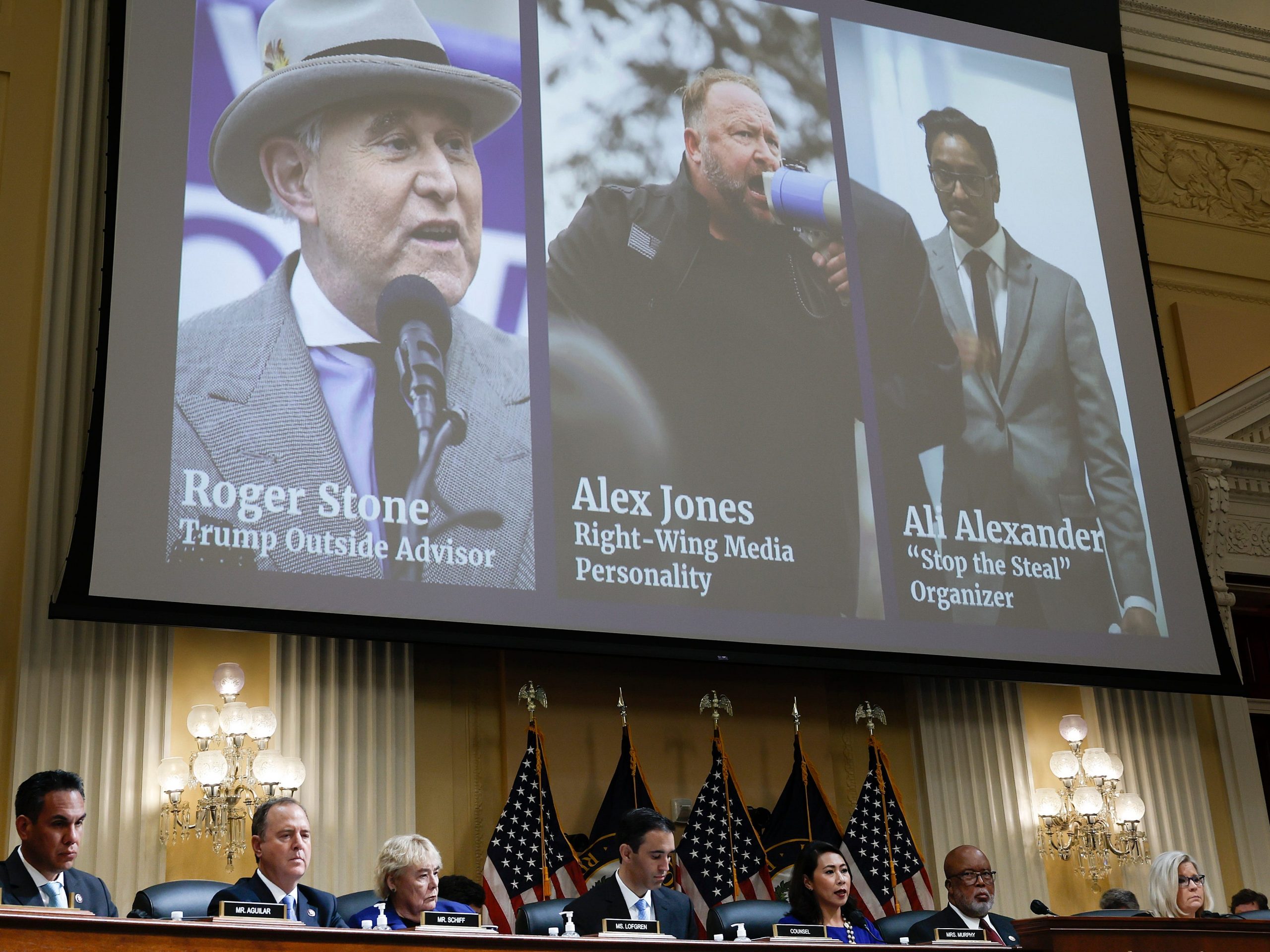 Alex Jones and Ali Alexander have both been called to testify before the House panel investigating the Capitol riot.

Katrina Pierson, a former campaign spokesperson for Donald Trump and one of the organizers of the January 6 “Stop the Steal” rally, said Trump wanted Alex Jones and Ali Alexander to speak at the event despite the “red flags” they raised.

On Tuesday, Rep. Stephanie Murphy, a member of the House select committee investigating the Capitol riot, played a video of Pierson’s testimony to the panel in which Pierson commented on Trump’s love for “crazies” like Jones and Alexander.

Murphy said Pierson had grown “increasingly apprehensive” about the presence of proposed speakers for the rally, highlighting Jones, the host of Infowars and conspiracy theorist, and Alxeander, another organizer of the “Stop the Steal” rally, in particular.

Murphy showed a log of text messages sent between Pierson and Kylie Kremer, a pro-Trump activist, dated December 30, around a week before the riot.

In the message thread, Kremer suggested that Pierson should just “let the crazies be crazies” and that “you can’t do anything about them.”

In response, Pierson wrote that “he likes the crazies,” which was why the rally organizers had to “try and work with everyone.”

Murphy then played a tape of Pierson’s deposition, during which Pierson was asked if the phrase “he likes the crazies” was a reference to Trump.

“Yes, I was talking about President Trump. He loved people who viciously defended him in public,” Pierson said.

During the hearing, Murphy outlined how Pierson’s concerns about Alexander and Jones being at the rally prompted her to reach out to then-White House Chief of Staff Mark Meadows. She told the panel that several “entities coming in” to the event were “very suspect.” Pierson also claimed she told investigators that she had tried to raise “the red flags” about Jones and Alexander.

Alexander and Jones were left off the final list of speakers for the Ellipse rally. However, both men have been called to testify to the House panel investigating the riot.

Lawyers for Jones and Alexander and representatives from Trump’s post-presidential office did not immediately respond to a request for comment from Insider.