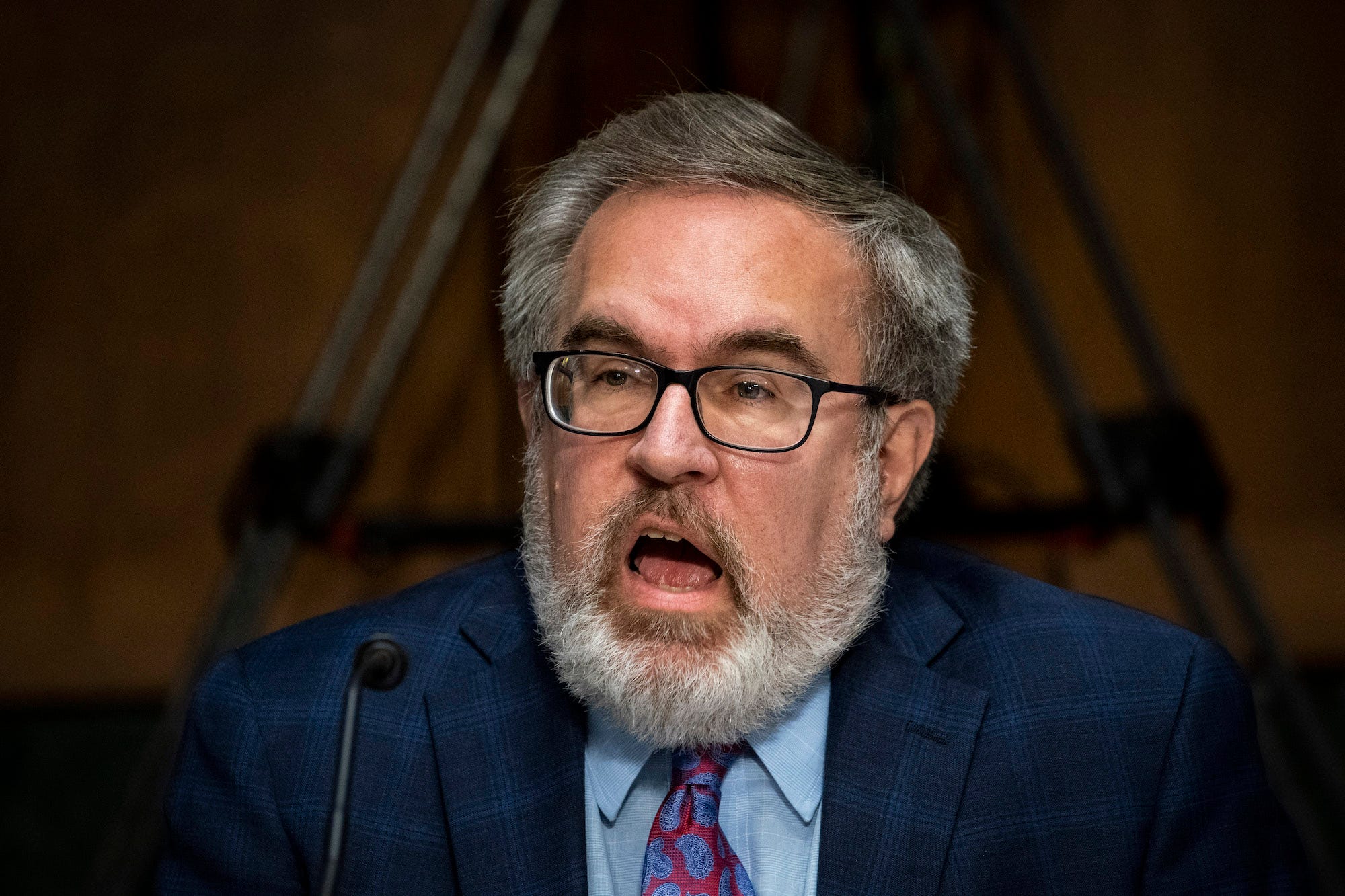 Andrew Wheeler, then-administrator of the Environmental Protection Agency on May 20, 2020 on Capitol Hill in Washington, DC.

But federal staffers who worked under him fear a repeat of what they describe as “misguided leadership” if Wheeler is confirmed in the Old Dominion.

In a letter to Virginia Senate leaders, members of the American Federation of Government Employees Council 238, a union of government employees, railed against Wheeler who served in the polarizing Trump administration from 2019 to 2021.

“He will work to repeal many of the commonsense rules that protect Virginia’s public health and safety,” AFGE Council president Marie Owens Powell wrote on January 19, adding that welcoming Wheeler is akin to giving unscrupulous corporations “more ways to dump pollutants into your state’s air and water.”

It’s the second time in as many weeks that Wheeler, who is already touted as Virginia’s environmental steward on a state-run website, has been panned by colleagues.

More than 150 former EPA staffers criticized Wheeler for “favoring polluters” while he was in charge of the agency and sabotaging internal efforts to restore normalcy on his way out the door, according to reporting by the Associated Press.

Wheeler’s nomination to serve as Virginia’s natural resources secretary rankled local Democrats, who consider him beholden to fossil fuel and energy company interests. Youngkin has, so far, vowed to stick with the former Trump administration official. It’s a gambit one Youngkin advisor told Insider could backfire if Virginia state Senate Democrats use their two-seat advantage to unanimously reject the appointment.

Complaints against Wheeler are nothing new.

The nonpartisan Citizens for Responsibility and Ethics in Washington in 2019 called for multiple investigations into conflicts of interest between his lobbying activities and regulatory work as EPA administrator. And Wheeler’s comments about Trump being “vindicated” ahead of the former president’s first impeachment trial forced EPA ethics staff to confer about whether he’d violated a federal anti-corruption law.

Still, veteran Virginia Republican George Allen said he’s pulling for Youngkin to get his preferred team in place. Wheeler is one of a half-dozen former Trump administration officials Youngkin has added to his inner circle since being elected.

“I know he is going to have to run this gauntlet. But I’m cautiously hopeful that members of the general assembly will respect the will of the people,” Allen, a former US senator and governor of Virginia, told Insider.

And while he acknowledged that former Virginia governors Tim Kaine, a Democrat, and Bob McDonnell, a Republican, had cabinet picks blocked by partisan opponents, Allen said Virginians are better than tit-for-tat squabbles.