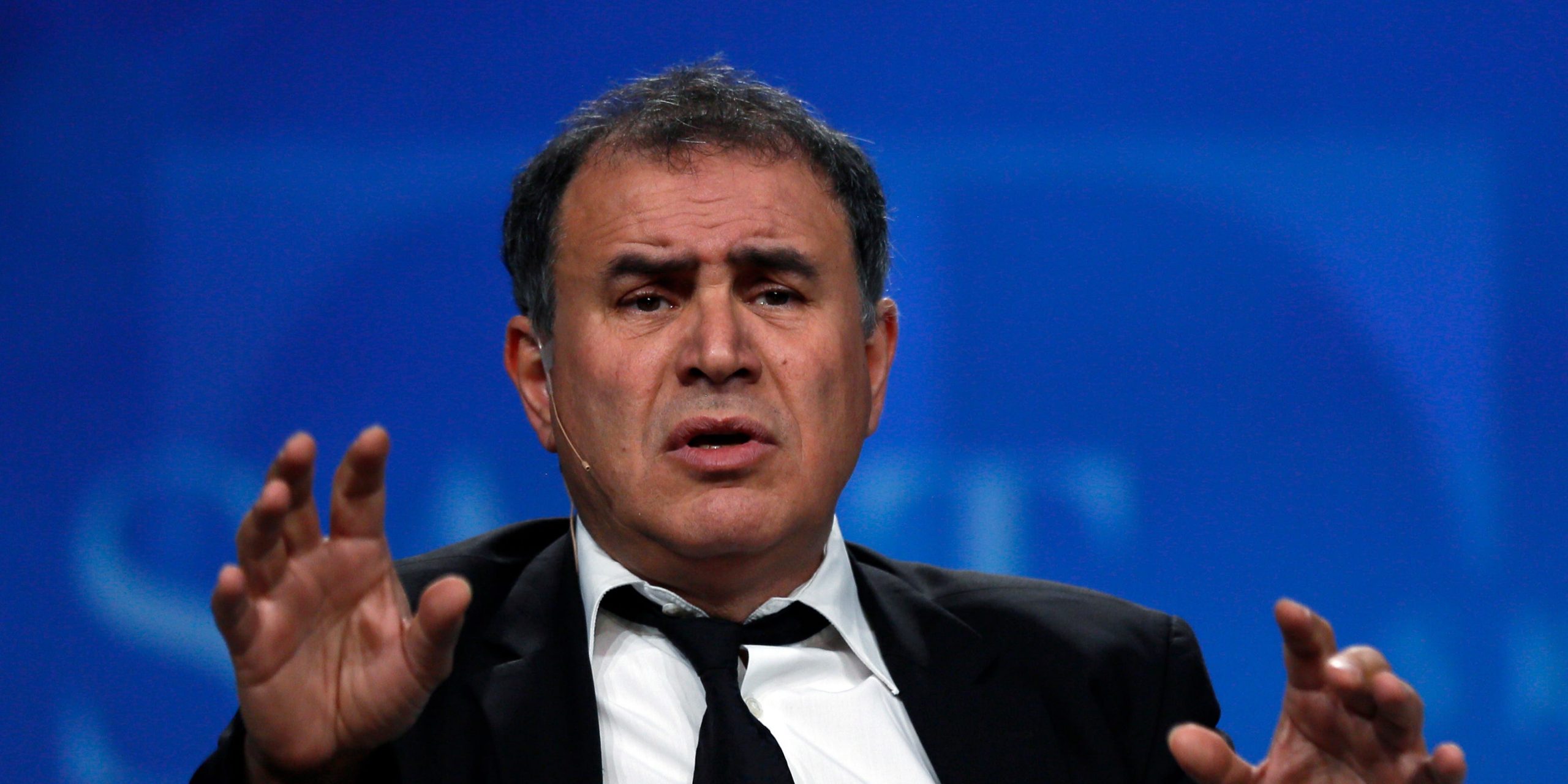 Nouriel Roubini, an economics professor, speaks at a panel discussion at the SALT conference in Las Vegas May 14, 2014.

Nouriel Roubini, the economist known as “Dr. Doom”, thinks the US is headed for a severe recession, a crisis that could send stocks falling another 50%.

In a column on Project Syndicate, Roubini said the US had “ample reason to worry” about an impending recession, as the economy was currently showing characteristics of both the 1970s stagflation crisis and as the 2008 recession.

“[The Federal Reserve] will eventually wimp out and accept high inflation,” Roubini predicted of the central bank. He calls the prospect of a soft landing for the economy “dangerously naive,” noting that the New York Fed places the odds of such a scenario at just 10%, and adds that the combined pressures of inflation and debt could push stocks down another 50%. For investors, that’s a grim omen, as the S&P has already experienced its worst half year since 1970.

“In the current context, any rebound – like the one in the last two weeks – should be regarded as a dead-cat bounce,” Roubini said — not an opportunity to buy, like some market optimists have been touting.

“The next crisis will not be like its predecessors,” Roubini wrote. “Today, we face supply shocks in a context of much higher debt levels, implying that we are heading for a combination of 1970s-style stagflation and 2008-style debt crises – that is, a stagflationary debt crisis.”

The Frankenstein-style financial meltdown, the economist suggests, has been a source of anxiety for economists and central bankers in the past year, as prices continued to rise amid supply-chain pressures. In April, the New York Fed found that the Global Supply Chain Pressure Index surged to 3.29, the first increase since 2021. That was just a month before the CPI clocked in at a record 8.6% for the month of May, the highest hike in prices since 1981.

Roubini has earned a reputation for being exceedingly bearish in the economic realm, earning him the title of “Dr. Doom” or “permabear,” as the New York Times referred to him in 2008. Those titles aren’t without merit, as Roubini was among the first to sound the alarm in the mid 2000s on the coming Great Recession, calling the housing crisis over a year before the blowup of the subprime mortgage market.

“There is no real riddle to solve,” he warned. “Things will get much worse before they get better.”