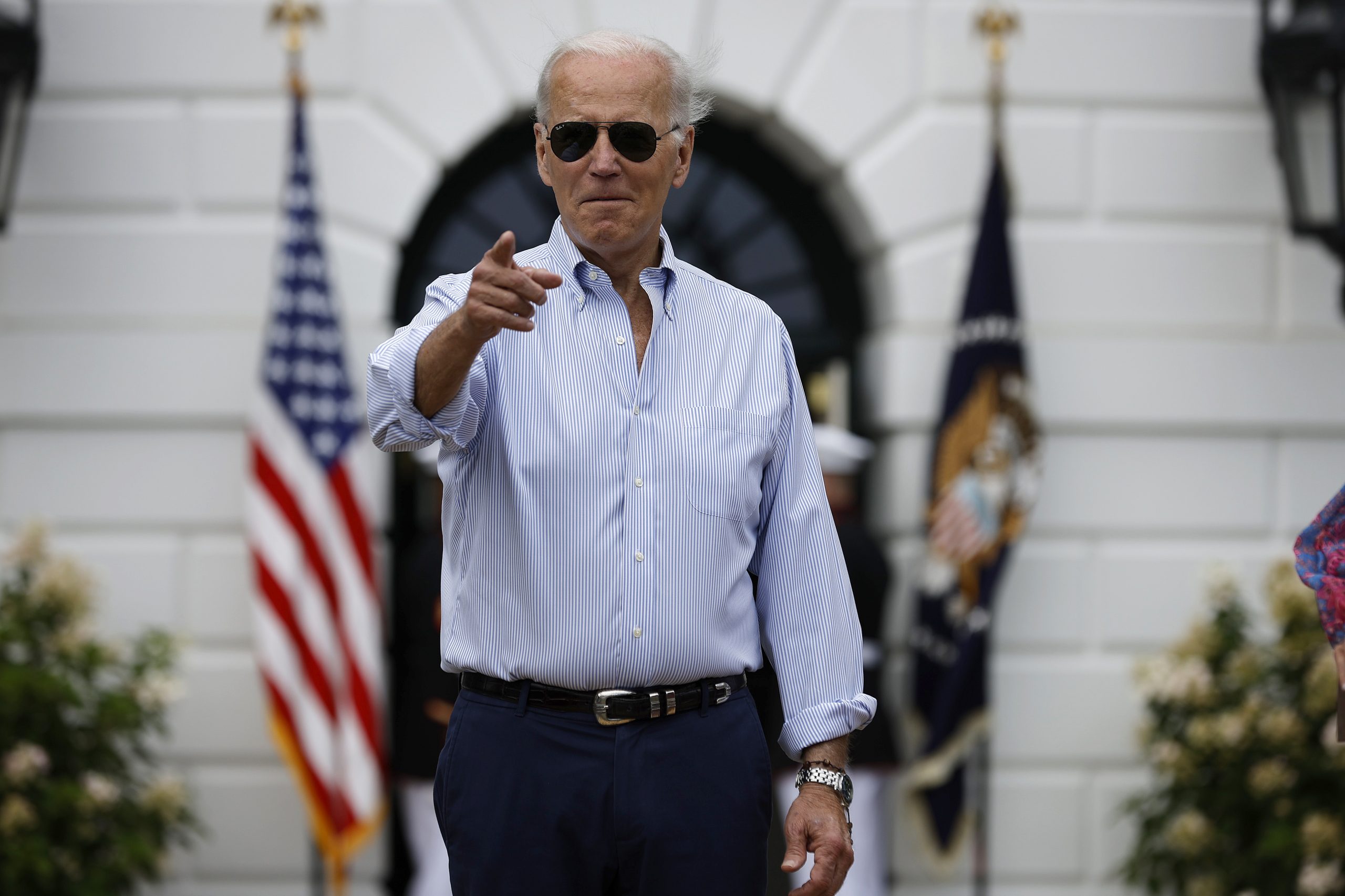 President Joe Biden insists his trip to Saudi Arabia on Friday is about everything from bolstering security in the region to reorienting policy with the kingdom. Everything except the one thing he really needs but can’t get: more oil.

A hard push by the president would probably fail to get Saudi leaders to pump new crude supplies into the world oil market, where soaring prices this year have lifted gasoline prices above $5 a gallon. It’s unclear that Saudi Arabia could even ramp its production quickly enough to have much impact, despite holding some of the world’s largest oil reserves.

And even if pressure from Biden somehow worked, that action could unsettle the markets, which had begun easing in recent days, and prolong Americans’ economic pain, energy experts say.

Instead, the administration is promising that the focus of Biden’s focus would “be bigger” than just energy.

“We’re hoping to advance our interests across a wide range of issues from terrorism to climate to Iran,” a senior administration official said by email. “That’s why the President is going.”

Then again, the official acknowledged, oil will inevitably come up, both in Biden’s discussions with the Saudi government and when he meets Saturday with officials from Saudi and five other Persian Gulf oil-producing states, especially given the turmoil in global energy markets since the Russian invasion of Ukraine. “We would certainly expect us to spend some time with the [Gulf Cooperation Council] and with the Saudis talking about energy security,” the official said.

For decades, oil supply has been the inescapable topic in past U.S. presidents’ dealings with the desert kingdom, including Donald Trump lashing out at OPEC on Twitter and George W. Bush’ pleading in person for the Saudis to up their production.

But Biden’s Washington Post op-ed last weekend justifying his decision to visit the country, despite his earlier vows to make Riyadh a “pariah” for its human rights violations, conspicuously left energy off his to-do list. Instead, it focused on human rights and his desire to “strengthen a strategic partnership” in the Middle East.

If Biden focused on pressing the kingdom to hike its oil production or loosen OPEC policy, Saudi Arabia would likely be unwilling or unable to deliver, according to several analysts and diplomats. Instead, the best that could come out of the talks would be relatively modest agreements from Saudi Arabia to invest in its oil production capacity or expand capacity at the giant Motiva Enterprises refinery that its state-owned oil company runs in Texas.

So what should the U.S. expect on oil from the trip?

“Not much,” said David Goldwyn, head of the Atlantic Council’s Global Energy Center’s Energy Advisory Board and a former State Department energy adviser in the Obama administration. “I don’t expect for diplomatic reasons that Biden is going to walk out of there with a promise for more oil production. It would be too crass for the U.S. to ask and too blatant for the Saudis.”

Instead, Goldwyn and others see Biden’s visit as fulfilling a de facto agreement made when the expanded oil-producing bloc OPEC+ acquiesced to Biden’s calls in June to increase oil production sooner than it had originally planned.

Members of the oil-producing group announced at the time that they would increase their collective production by 648,000 barrels a day in July and August rather than the 400,000 barrels a day they had originally planned to add. They have so far failed to meet their quotas, however, fueling speculation that Saudi Arabia and OPEC in general may not have as much idle oil production capacity as originally thought.

The steady drop in oil prices may make such discussions of further output increases superfluous anyway, analysts said. The U.S. benchmark oil price, which had topped $120 a barrel several times this year, has fallen to $96 a barrel as of Tuesday because of rising domestic output, the market realization that Russian oil was moving in large volumes to China and India, and on fears that a recession would sap demand in the coming months.

As oil prices ease, the bigger concern among major producers is keeping enough spare supply to use in case of future emergencies.

“I think the U.S. and Saudi Arabia (and UAE) reached an understanding last month, and this week’s trip won’t change much on the oil policy front,” Bob McNally, head of the analyst firm Rapidan Energy and a National Security Council international energy adviser during the George W. Bush administration, said in an email. “Saudi Arabia and the UAE are likely to keep their remaining spare production capacity powder dry, and perhaps signal a willingness to increase production further if needed later this year.”

Oil market analysts have grown increasingly concerned that Saudi Arabia and other OPEC countries may also not have as much oil in their reserves as previously believed. Given that, Biden asking Saudi Arabia to pump more oil could spook the oil market with worries that fewer barrels are available in case of a future emergency, said Brenda Shaffer, senior adviser for energy at the Foundation for Defense of Democracies think tank. That’s especially true given that the administration has already been draining the Strategic Petroleum Reserves at home, drawing a million barrels of oil per day in a bid to bring prices down.

“The market might get more nervous if Saudi Arabia and the UAE ramp up production, because you lost your last reservoir,” Shaffer said in an interview. “It’s reducing the supply cushion, and that’s really dangerous.”

One idea that Biden may try to push is that Saudi Arabia and the rest of OPEC drop Russia from its expanded “OPEC+” partnership, which includes an additional 10 producers as well as the original 13 OPEC members. Russia, the world’s third-largest oil producer after the United States and Saudi Arabia, has been in that partnership since 2016.

But the cartel’s internal politics would likely outweigh any requests Biden may make concerning Russia, analysts said. OPEC countries that are already struggling to meet their oil production quotas may prefer to have Russian supply available to the group. Russia could also seek to leave OPEC+ for its own reasons, including freeing itself from the cartel’s quota system.

“There is a lot of talk that Russia will drop out of the OPEC+ group anyway,” former U.S. Ambassador to Saudi Arabia Joe Westphal said in an interview. “Their influence will diminish soon. It would be in our interest for the president to encourage his views on Russia and its place in the world in respect to petroleum.”