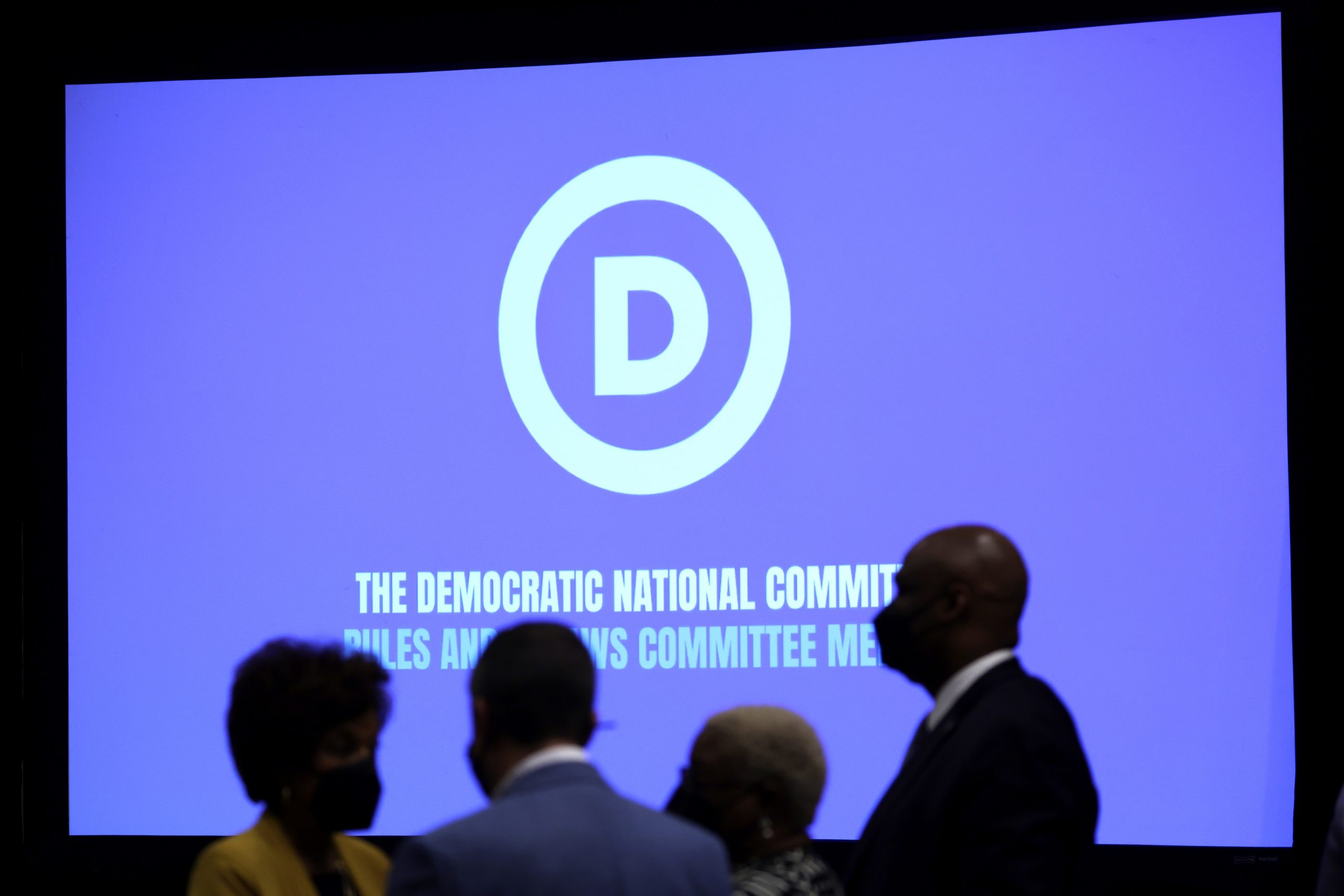 The Democratic National Committee narrowed its list of states vying for the early presidential nominating window from 20 to 17 on Saturday, cutting it ahead of their June meeting.

Three applicants — New York, Nebraska and Democrats Abroad — will not make presentations to the group charged with recommending the slate of early nominating states in late June, the next step in the state selection process. In a memo sent by the co-chairs of the DNC’s Rules and Bylaws Committee, which was shared with POLITICO, the co-chairs explained all three applicants had “issues that were both unavoidable and in enough conflict with the Committee’s goals that it was prudent to make this decision now.”

The remaining 17 applicants will present their pitches to the committee in late June. The committee is expected to recommend a slate of states for the early nominating window by August, ahead of a broader vote by the DNC.

In April, the rules committee voted to reopen the presidential nominating window, forcing all interested states — including the current early states of Iowa, New Hampshire, Nevada and South Carolina — to apply for their slot. The move came after the current lineup of states came under increasing fire for a lack of diversity and, especially, poor execution of the caucuses in Iowa in 2020.

Regarding New York, the co-chairs wrote that they were worried about the state’s “size, the cost of campaigning there, its profile as a ‘solid blue state,’ and concerns that it would be impossible to counterbalance the disproportionate number of urban voters it would introduce into the pre-window period.”

“While there are other large states to which these concerns apply, none of the others introduce all of these issues together,” the memo continues.

Nebraska, a Republican-controlled state, had proposed switching to a party-run primary to circumvent the GOP legislature, but that would “create confusion by rendering the state-run process meaningless despite Democrats being on the ballot,” the memo says. And of Democrats Abroad, the co-chairs said the logistics would be too complicated.