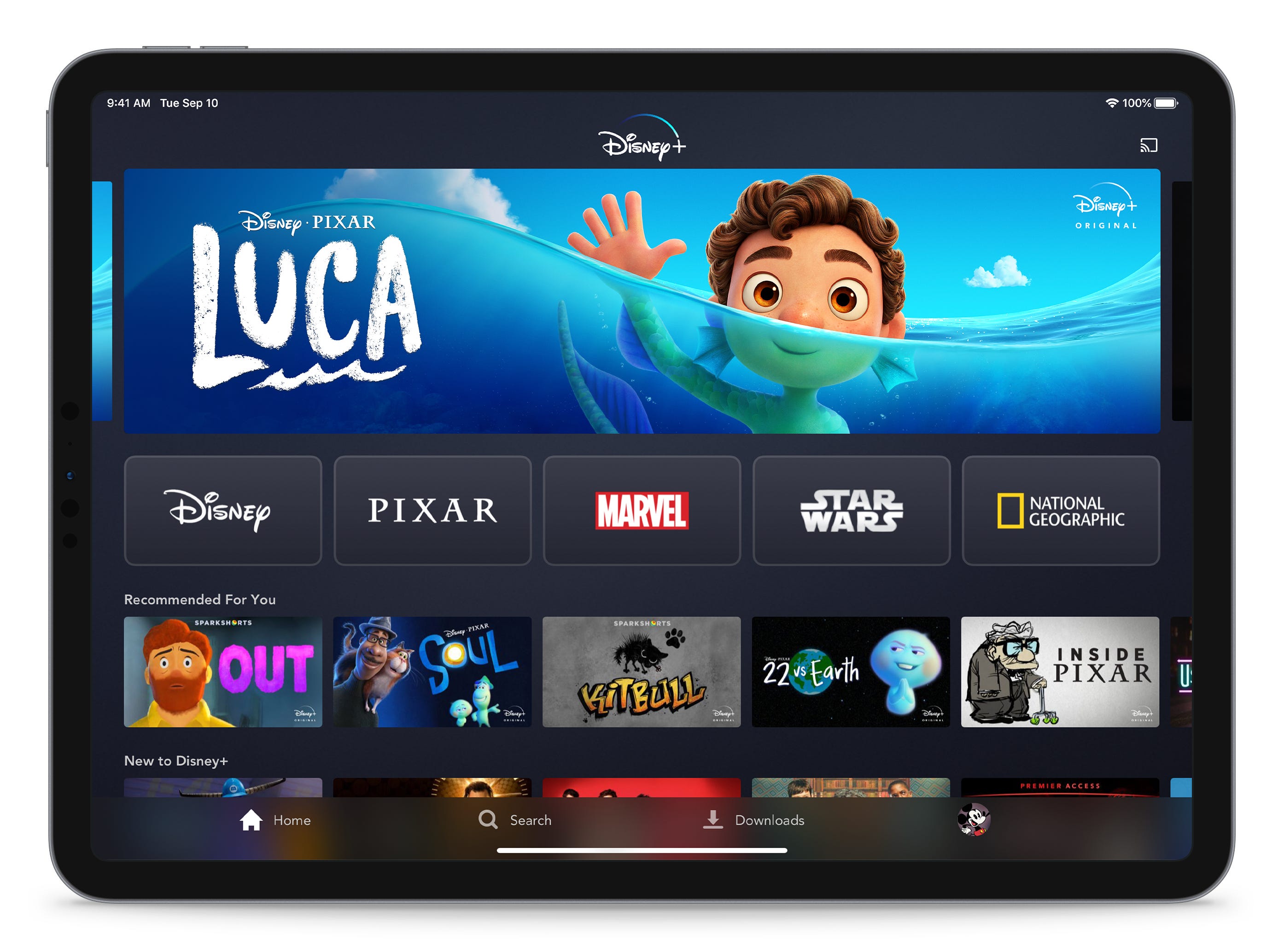 Disney Plus features a massive library of on-demand shows and movies from names we’re all well familiar with: Walt Disney Studios and Walt Disney Television. That makes Disney Plus the streaming home to tons of iconic animated films, new Pixar releases, and titles from big franchises like “Star Wars” and the Marvel Cinematic Universe.

The streaming service includes a mix of content from Disney’s vault and new programs developed exclusively for members. Disney Plus original shows like “Hawkeye” and “The Mandalorian” have dominated streaming TV and the library of classic Disney content doesn’t change, unlike competitors who rotate movies every month.

Subscriptions start at $8 a month, and annual plans cost $80. The service can even be bundled with Hulu and ESPN+ for prices starting at $14 a month. As of October 2021, the service has amassed more than 118 million subscribers.

Below, we’ve detailed everything you need to know about Disney Plus to help you decide if the service is right for your streaming needs.

What is Disney Plus?

Disney Plus is an on-demand, ad-free streaming service created by The Walt Disney Company.

With Disney Plus, subscribers can watch thousands of Disney movies and series on their devices (smart TVs, phones, laptops, tablets, and gaming consoles). The service includes unlimited downloads so you can watch anywhere, anytime.

How much does Disney Plus cost?

Disney Plus costs $8 a month or $80 per year in the US. With a subscription, you get ad-free access to all of the service’s streaming titles. Disney Plus does not currently offer a free trial. There’s also an option to buy a bundled package with Hulu and ESPN+, which costs $14 a month for all three services. Individually, ESPN+ and the ad-supported version of Hulu each cost $7 a month. Subscribing to the bundle saves you about $8 a month. The Disney bundle is also automatically included if you subscribe to any of Hulu’s live TV plans. Hulu + Live TV offers access to over 75 channels. Hulu (with ads) + Live TV with Disney Plus and ESPN Plus costs $70 a month. You can read more about how to get the Disney Plus bundle with ESPN+ and the different versions of Hulu here.

Where is Disney Plus available?

Are there Disney Plus gift cards?

Yes. If you’re looking for a great gift for that special Disney fan in your life, you can get them a Disney Plus gift subscription for $80. The gift subscription is available for new members only, and includes one year of the streaming service. Disney Plus Gift Subscription$79.98 FROM DISNEY+

Learn more about how to buy a Disney Plus gift subscription.

What features and formats are supported on Disney Plus?

The platform supports up to seven profiles per subscription. A special kids profile can also be used. This feature restricts Disney Plus streaming to titles that are rated TV-7FV and G.

Disney Plus also allows simultaneous streaming on up to four different devices. Unlimited downloads are provided as well via the Disney Plus app on up to 10 different smartphones and tablets.

You can even watch Disney Plus with up to six friends using the GroupWatch feature, but everyone watching needs to have their own subscription. This option syncs playback to create a shared viewing session, enabling friends and families to watch shows and movies together remotely.

When it comes to video formats, Disney Plus supports up to 4K resolution. High Dynamic Range (HDR), using the HDR10 or Dolby Vision format, is also available on some titles. Dolby Digital surround sound and Dolby Atmos audio formats are supported on several programs as well.

As of November 2021, select Marvel titles now support a larger IMAX aspect ratio. This means you can see even more picture on screen, revealing more action in certain sequences. A total of 13 movies incorporate IMAX’s expanded aspect ratio so far, and Disney says IMAX enhanced DTS sound will eventually be added to those films as well.

How to watch Disney Plus

You can watch Disney Plus through many connected devices:

Disney Plus is an ideal service for Disney fans, whether they’re Marvel geeks or animation aficionados. It’s especially suitable for families with children who want to watch recent Disney movies and older Disney titles from the studio’s vault.

Though the lineup of original programming is a bit limited, popular exclusives like “The Book of Boba Fett,” “Loki” and “Hawkeye” continue to add value. Disney is also removing its content from a lot of other streaming services, including Netflix, so Disney Plus will soon become the only subscription streaming platform with access to many of its titles.

What shows and movies can I watch on Disney Plus?

Tom Hiddleston in “Loki,” a Disney Plus original series.

Virtually any Disney show or movie that has already been released is available to watch on Disney Plus. From classics like “Snow White” to recent hits like “Black Widow,” the service features a huge library of titles to choose from across Disney, Pixar, Marvel, Star Wars, National Geographic, and 20th Century Fox brands.

Disney Plus also includes exclusive original programming, such as a “Star Wars” series focused on a Mandalorian bounty hunter, and Marvel shows like “Loki” and “Hawkeye”

Disney Plus has exclusive musical content as well, including concert films from Taylor Swift and Billie Eilish, a film version of the Broadway show “Hamilton,” and Beyonce’s visual album “Black is King.”

In addition to everything that comes included with your subscription, Disney Plus sometimes offers “Premier Access” releases. Premier Access titles cost an extra $30 to unlock, granting buyers early access to films that are still playing in theaters.

You can find more information about specific Disney Plus shows and movies below:

How does Disney Plus compare to other streaming services?

While services such as Netflix and Amazon Prime Video feature a rotating mix of movies and TV shows from different studios, Disney Plus is focused entirely on Disney content.

Walt Disney Studios and Walt Disney Television offer an iconic library of family friendly movies, shows, and documentaries, but the Disney Plus collection won’t change much on a month to month basis.

At $8 a month, it’s very affordable compared to major competitors, and the discounted bundle option with Hulu and ESPN+ adds even more streaming value.

Of all the major streaming services, it’s also one of the most generous in the areas of multiple-device streaming, profile additions, and downloads. Disney Plus also offers 4K HDR streaming and Dolby Atmos audio on select titles for no additional cost. This is in contrast to Netflix, which requires subscribers to pay for its most expensive plan in order to receive 4K support.

You can sign up for Disney Plus directly through the Disney Plus website. To start streaming, you simply need to create an account by entering an email address and payment method. Disney Plus Yearly Subscription $79.98 FROM DISNEY+ Read everything else you should know about Disney Plus: