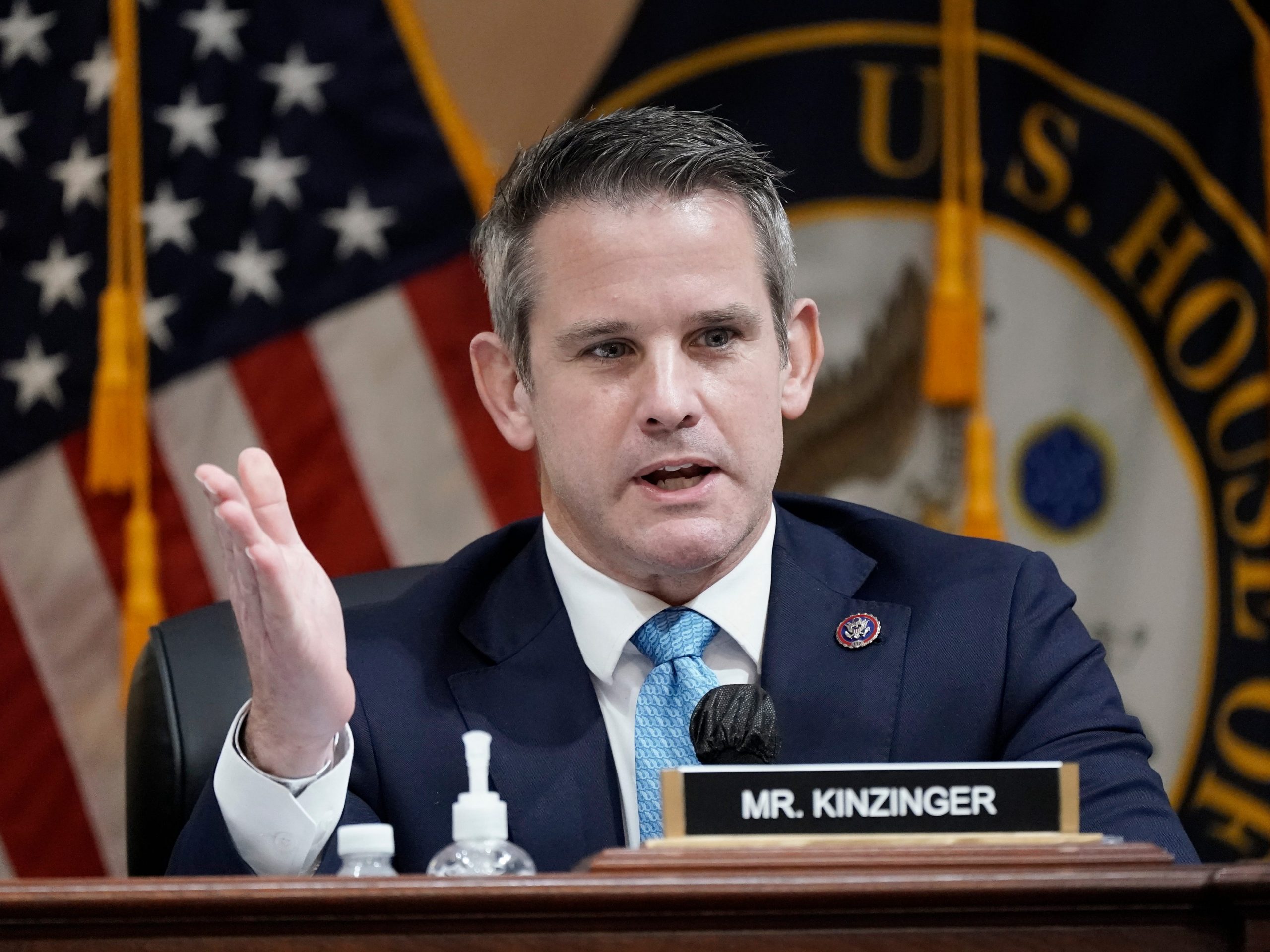 Rep. Adam Kinzinger, R-Ill., speaks as the House select committee investigating the Jan. 6 attack on the U.S. Capitol holds a hearing at the Capitol in Washington, Thursday, July 21, 2022.

“The hypocrisy of folks in my party that spent years chanting ‘lock her up’ about Hillary Clinton because of some deleted emails or ‘wiping a server’ are now out there defending a man who very clearly did not take the national security of the United States to heart,” Kinzinger told NBC’s NBC’s “Meet the Press” on Sunday.

When asked by Chuck Todd  if Trump would be indicted after the FBI raided Mar-a-Lago, the Illinois lawmaker said it “will be up to DOJ whether or not that reaches a level of indictment.”

“This is disgusting in my mind, and no president should act this way, obviously,” he added.

The FBI seized more than two dozen boxes of government records, including some that were labeled top-secret. The DOJ recently released a redacted version of the FBI affidavit that granted the search.

During the 2016 campaign, GOP members slammed Clinton for using her  private email server during her time as US secretary of state. Following news of the Mar-a-Lago raid, Clinton promoted her merch with the slogan “But her Emails,” Insider reported.