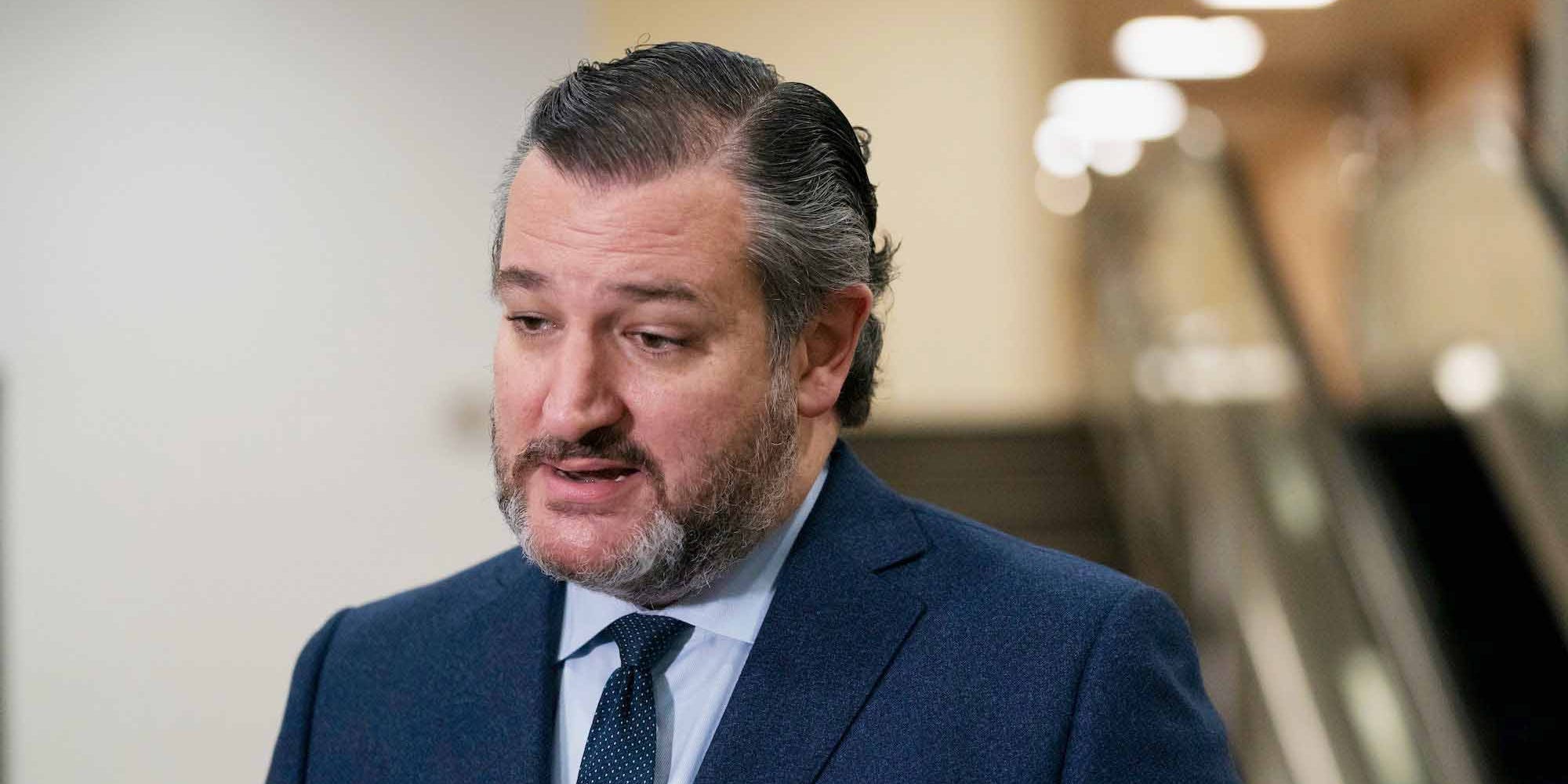 Though the Biden administration pushed heavily for Senate Democrats to oppose the Cruz’s legislation, the bill barely fell short of the 60-vote threshold necessary for it to past. More senators voted for the bill, including a number of Democrats, than against it (the unofficial vote count was 55 for and 43 against).

The fact a majority of senators voted for the bill in a Democratic-controlled Senate highlights the bipartisan appetite for penalizing Russia at present. Ukrainian President Volodymyr Zelensky publicly urged the Senate to pass Cruz’s bill, which may have also helped it generate support.

Democratic Sen. Chris Murphy of Connecticut, a top Democrat on the Senate Foreign Relations Committee, in a call with reporters following the vote said he was glad the bill failed. He said Cruz’s bill effectively sanctioned Germany, not Russia.

“Unfortunately, there are a handful of Republicans that consistently put hurting President Biden ahead of protecting the nation,” Murphy said.

“We need to be sending a message to Vladimir Putin that the United States and Europe are together and that we are going to deliver a crushing package of sanctions if you enter Ukraine any further,” Murphy said. “This would be a gift to Vladimir Putin because it’s a signal of division at a moment when we need to be standing together.”

Democratic Sen. Jeanne Shaheen of New Hampshire, who sits on the Senate Armed Services and Foreign Relations committees, voted against Cruz’s bill despite previously working with him on sanctions legislation to stop Nord Stream 2 — an undersea pipeline transporting gas from Russia to Germany.

Shaheen in remarks on the Senate floor on Thursday characterized herself as a “strong and longstanding opponent of Nord Stream 2,” but added that Cruz’s bill would “undermine the current diplomatic situation that is absolutely critical if we are going to respond to the Russian threat.” Russian President Vladimir Putin speaks during a concert marking the seventh anniversary of the Crimea annexation on March 18, 2021 in Moscow, Russia.

Thursday’s vote occurred amid a week of diplomatic discussions in Europe on the Ukraine crisis. Tens of thousands of Russian troops have gathered along Ukraine’s border in recent weeks. Russia, which invaded and annexed Crimea from Ukraine in 2014, claims it has no plans to stage yet another military incursion into the former Soviet republic. But tensions remain high and European leaders warn that there’s a serious risk of violent conflict.

The US has told Russia it will face severe economic consequences if it invades Ukraine. But the White House has urged Congress against targeting Nord Stream 2 as it’s prioritized keeping Berlin close to maintain a unified front against Russia.

The controversial pipeline is completed but not yet operational, pending certification by the German government. Opponents of Nord Stream 2 contend that it will give Russia dangerous leverage over Europe at a time when tensions between Moscow and the West have reached historic heights.

As an alternative to Cruz’s legislation, top Senate Democrats on Wednesday unveiled a sanctions bill that would penalize top Russian officials — including Russian President Vladimir Putin — in the event of an invasion of Ukraine. The bill was introduced by Democratic Sen. Bob Menendez, the chairman of the Senate Foreign Relations Committee.

The Russian government has seemingly been closely watching the debate over sanctions in the US. The Kremlin on Thursday warned that if the Washington moves forward with sanctions against Putin it could completely sever US-Russia ties.

Murphy, who strongly supports the Menendez bill, told Insider that “Russia should be treated as a pariah state if it chooses to march an army into a neighboring nation.” The Connecticut Democrat said it should be made clear to Putin that an invasion of Ukraine would make his relationship with the US and the world “fundamentally different.”

“I think Putin’s getting nervous. I think he’s seeing the world aligning against him,” Murphy added. “And he’s starting to make threats with the intent of trying to scare the rest of the world into changing behavior. We see this for what it is. Putin is inventing threats to his country that don’t exist. He’s threatening a neighbor with conventional military force and we need to be incredibly strong and united.”

Cruz: ‘Biden has decided to capitulate to Putin’

Cruz ripped into Democrats in comments to Insider ahead of the vote, heavily criticizing the sanctions bill they introduced.

“They’re desperately looking for political cover, because the White House does not want them to vote against the president,” Cruz said. “President Biden has decided to capitulate to Putin on Nord Stream 2. And this bill is designed to be a smokescreen.”

GOP Sen. Joni Ernst said she supported Cruz’s bill because it pushed for sanctions before, not after, a hypothetical Russian invasion of Ukraine. “We don’t want them to invade. Once they’ve invaded, that means lives have been lost. It’s a little too late,” Ernst told Insider.

But Democrats said Cruz was playing politics and putting US efforts to prevent a Russian invasion in jeopardy, while contending that Menendez’s bill was more substantive in terms of penalizing Moscow.

Meanwhile, GOP Sen. Lindsey Graham of South Carolina in comments to Insider suggested that parts of the bill Menendez introduced should be applied on Russia now “for the provocation of having troops on the border” with Ukraine.