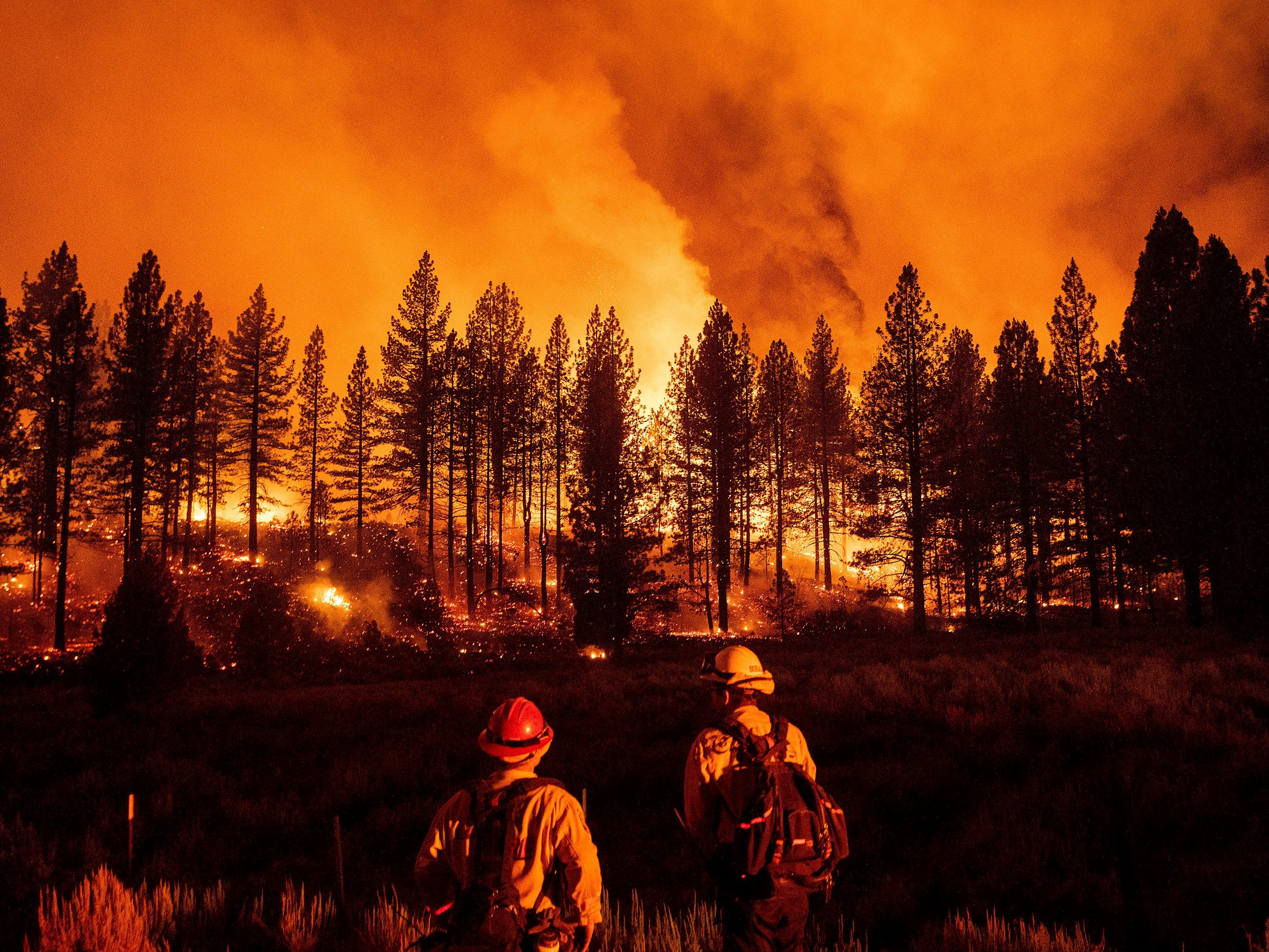 Firefighters monitor the Sugar Fire, part of the Beckwourth Complex Fire, as it burns at Frenchman Lake in Plumas National Forest, Calif., on Thursday, July 8, 2021.

Acting on the climate crisis becomes more urgent each day, and the largest investment in President Joe Biden’s Build Back Better agenda, which Senate Democrats just put on the back burner, would have gone toward combatting the crisis.

New data from The Washington Post highlighted how badly the country needs that investment.

On Wednesday, the Post released an analysis that found more than 4 in 10 Americans lived in a county that experienced an extreme weather event last year, and more than 80% of Americans were subject to a heat wave. Using data from FEMA, the Post found 820 counties in the country were hit with fire, floods, hurricanes, landslides, and severe storms, and at least 656 people died due to those disasters.

This data follows a harrowing report released by the United Nations in August, which said that some of global warming’s effects would be “irreversible for centuries to millennia.”

While Biden, and Democratic lawmakers, have frequently expressed the urgency in passing bills to invest in the climate crisis, Insider reported on Tuesday that Senate Democrats are pushing Build Back Better aside for now, in favor of passing voting rights legislation.

Congress did pass the $1.8 trillion infrastructure bill in November, with $50 billion to support communities devastated by natural disasters, but the social-spending package would go significantly further.

Biden’s $1.75 trillion proposal unveiled in October as part of his economic agenda contained a $555 billion investment to combat climate change and meet goals to reduce carbon emissions. At the time, lawmakers like Vermont Sen. Bernie Sanders lauded the investment as “the most significant piece of legislation passed in the world to deal with the climate,” and Democrats had high hopes to pass that legislation before the end of 2021.

But West Virginia Sen. Joe Manchin — a centrist holdout on the agenda — dashed those hopes in December when he said he could not support the bill in its current state, citing concerns with inflation and specific provisions within the bill, like the expanded child tax credit.

While Manchin told reporters on Tuesday that he has had “no conversations” with the White House on Build Back Better this year, he did indicate the potential for some progress on climate actions.

“The climate thing is one that we probably can come to an agreement much easier than anything else,” he told reporters.

Still, it’s unclear when an agreement on the climate, or Build Back Better as a whole, will come to fruition, and some lawmakers said on Tuesday that given the severe climate events that have hit the US over past years, the legislation cannot wait.

On a virtual call hosted by Climate Power and the League of Conservation Voters, Hawaii Sen. Brian Schatz echoed that sentiment.

“We’re going to get this done, come hell or high water,” Schatz said. “Because right now we have both hell and high water.”