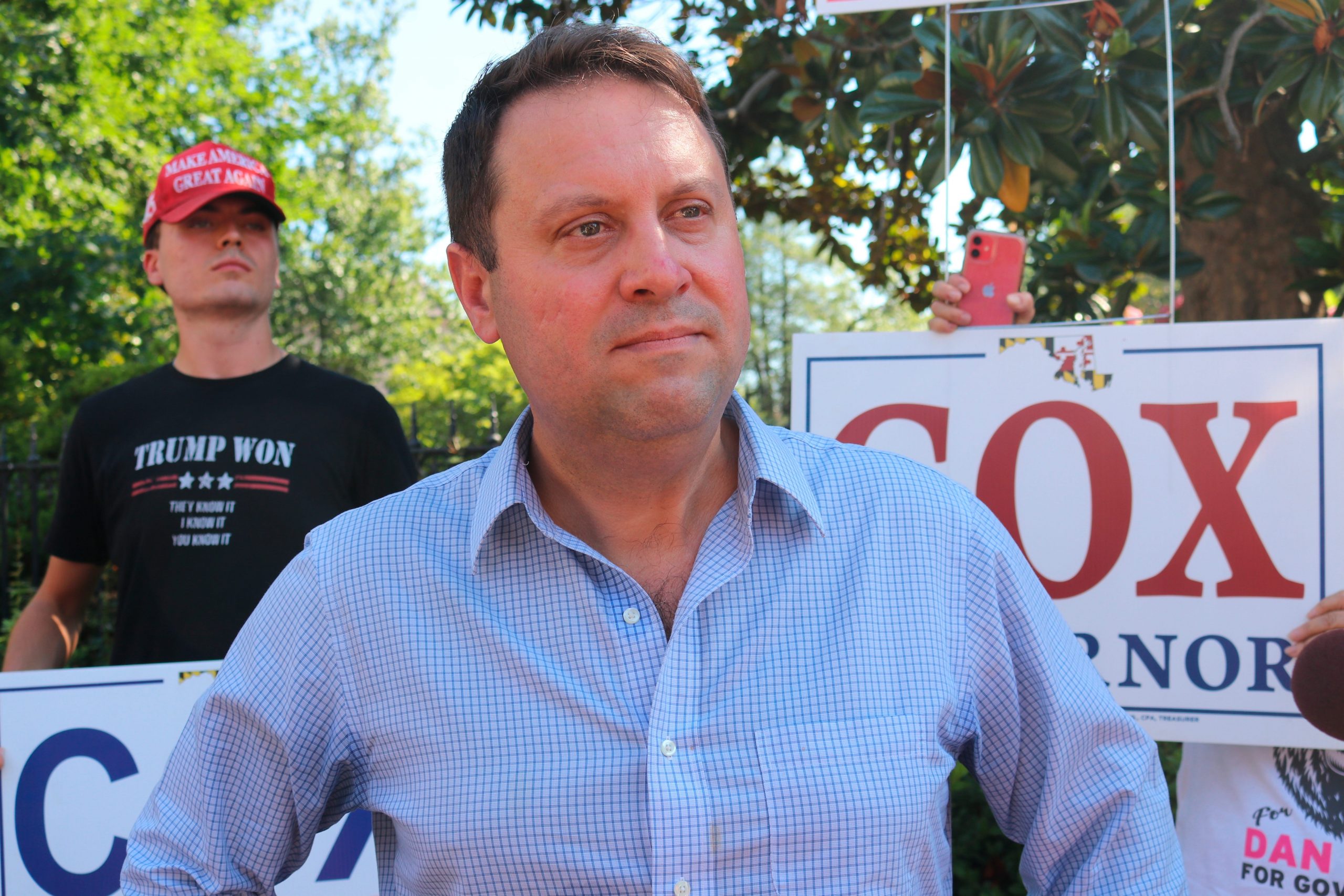 Dan Cox, a Republican backed by former President Donald Trump, won Maryland’s gubernatorial Republican primary on July 19 — and he got a boost from Democrats.

The Democratic Governor’s Association (DGA) funneled $1.16 million into TV ads for Cox, betting that the far-right candidate would be easier for the state’s Democratic candidate to beat, the New York Times reported.

In an ad paid for by the DGA, the group calls Cox Trump’s “hand-picked candidate,” says he’s “100% pro-life,” and will protect second amendment rights “at all costs,” — messages that likely resonated with Trump loyalists in the state.

The DGA didn’t immediately respond to Insider’s requests for comment.

The Times reported that Cox also chartered three busses from Maryland to Washington, DC, for the January 6, 2021, “Stop the Steal” Trump rally, the Times reported. He has also said Biden was “installed” in the White House and baselessly claimed voter fraud occurred in his home of Frederick County, Maryland, The Times reported.

“The math is easy. Spend a million now and save $5 million by not having to face me in the general election,” Schulz said to the Post.

She called Cox a “lying, conspiracy theorist … who is a danger to our party and our state,” the Post reported.

The DGA has used this strategy in other states, too.

Darren Bailey, another Trump-backed far-right gubernatorial candidate, secured a spot as Illinois’ Republican candidate in June. The DGA ran an ad about Bailey with some of the same talking points as Cox’s ad, the Chicago Tribune reported.