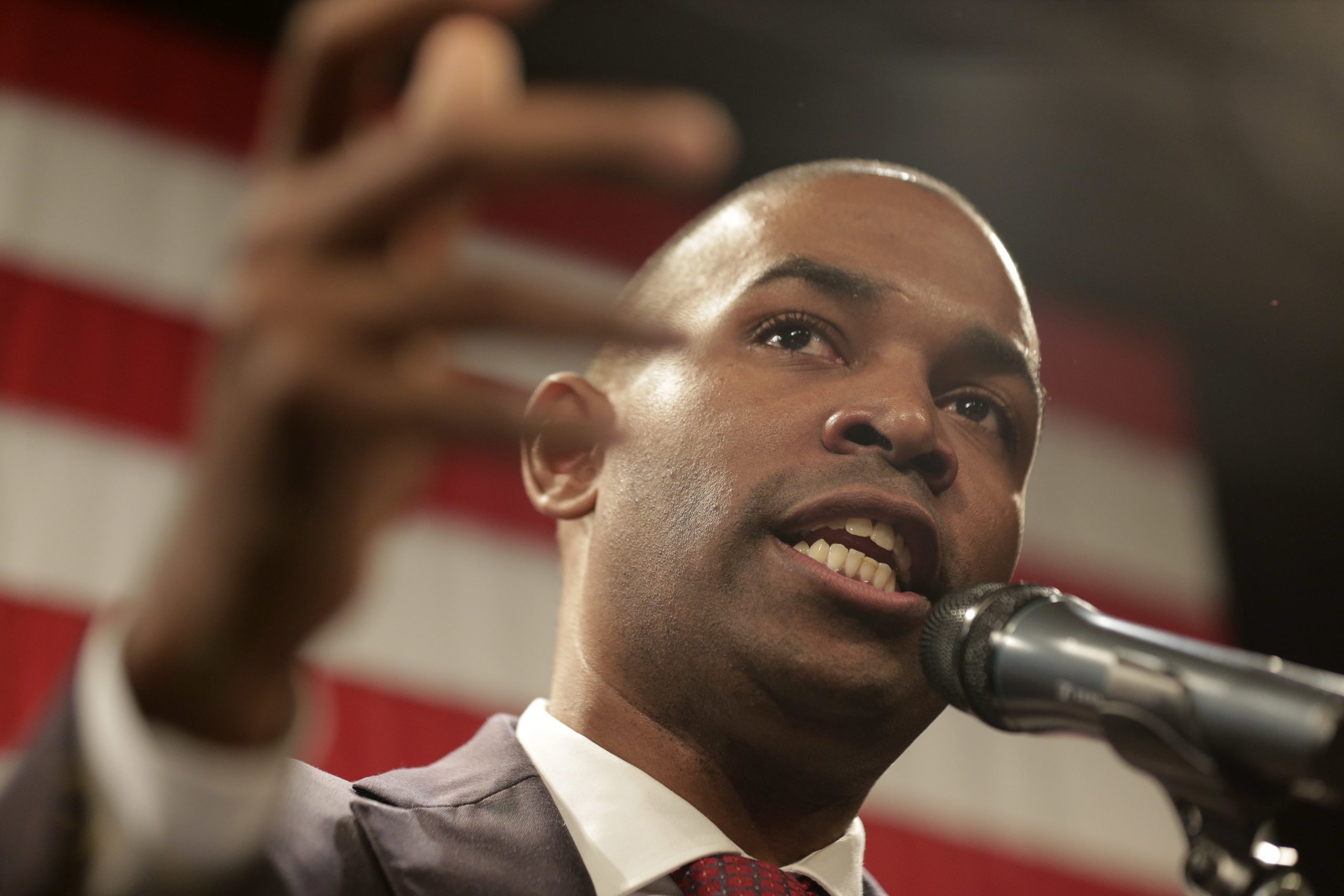 ALBANY, N.Y. — Lt. Gov. Antonio Delgado won the Democratic nomination Tuesday to serve a four-year term in the office he has occupied since May.

Delgado, a former Hudson Valley congressman, received 58 percent of the vote in a three-way contest with about half the total ballots counted. Activist Ana María Archila was at 24 percent while former New York City Councilmember Diana Reyna was at 13 percent.

Delgado spoke shortly after 10 p.m. after the polls showed him with a large lead.

“This is a fight for our lives. This is a generational fight,” Delgado told supporters in Manhattan about the U.S. Supreme Court decision to overturn Roe v. Wade.

Delgado’s victory is the result of a major gamble he made when he resigned his seat in Congress last month to serve as Gov. Kathy Hochul’s second in command. He was left with a brief window to launch and win a candidacy in which his two opponents had been campaigning for months.

His victory is also a major win for Hochul, who easily won her primary Tuesday. They will run as a ticket in the November elections after having to run separately in the primary.

Hochul, the former lieutenant governor, made the selection of her replacement one of her first orders of business after she ascended to the governorship last August when Gov. Andrew Cuomo resigned in scandal. But the selection of Brian Benjamin flopped as horribly as it could have when he resigned in April after being indicted on federal bribery charges.

That was too late to get Benjamin off the ballot in a contest in which he was facing off against the running mates of Hochul’s opponents. That was a particular concern to Hochul due to the then-surging candidacy of Archila, who was allied with New York City Public Advocate Jumaane Williams’ gubernatorial efforts and pledged to use the office to publicly pressure the governor from the left.

Hochul thus fought successfully to have the Legislature change the law and let her swap Benjamin’s name for somebody else’s. Delgado will serve in his current role until the end of the year, and he’ll run as a ticket with Hochul in November for a full four-year term.

Delgado, 45, has made clear that he plans to operate in a similar fashion to how Hochul did when she was lieutenant governor and regularly toured every corner of New York on behalf of the administration.

“If you go back and look at my track record in Congress, you know I like to get around,” he said after an event in Albany earlier this month. “I did 33 town halls in my first year in Congress; three in all 11 counties. I think it’s very, very important for the state to know who the lieutenant governor is … and it’s really hard to do that unless I’m on the ground meeting folks where they are [and] listening to them.”