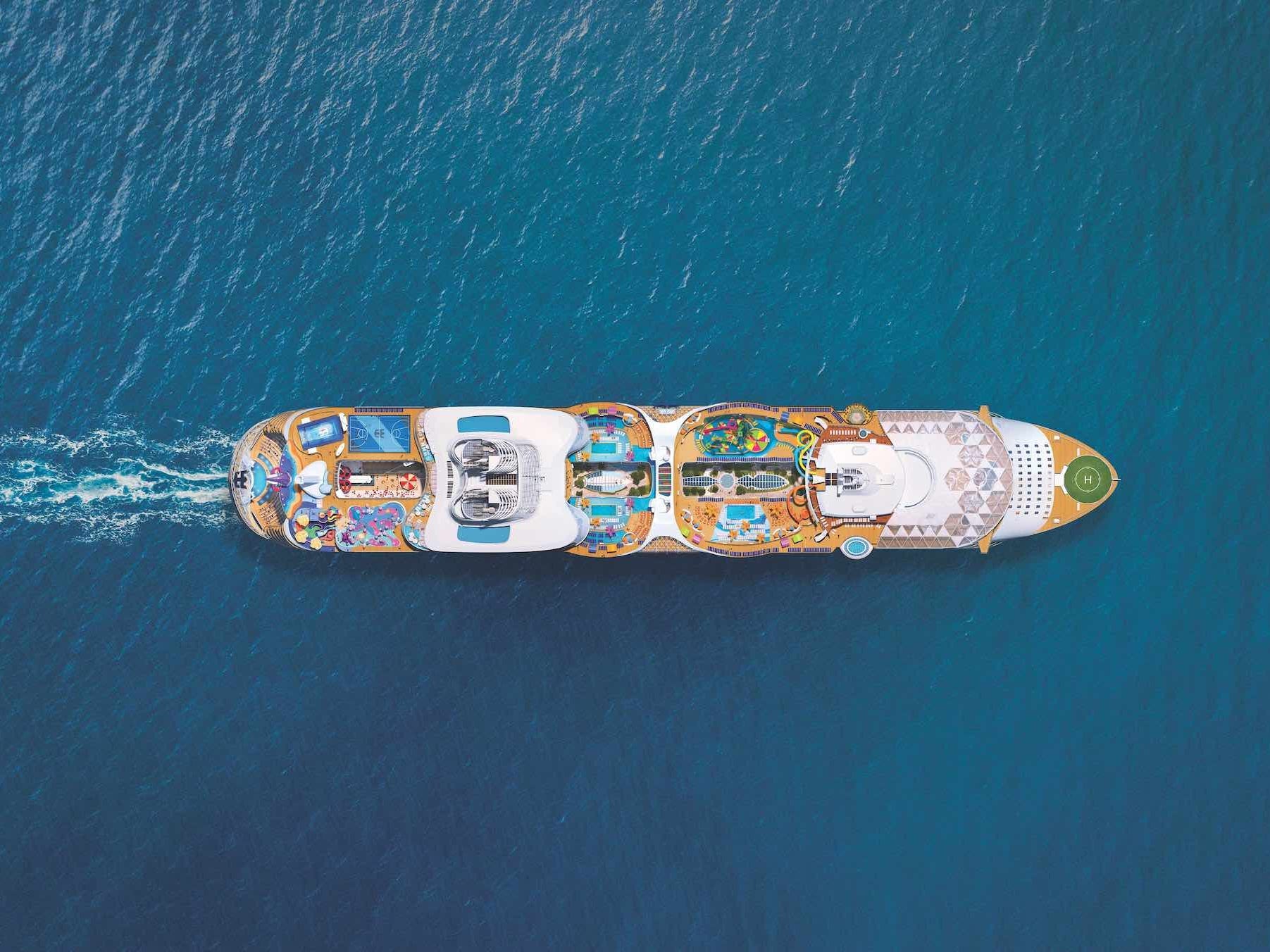 The Wonder of the Seas.

Cruise goers are spending big: Major cruise companies like Royal Caribbean Group, Carnival Group, and MSC Cruises have reported increased passenger spending aboard its ships throughout the resumption of sailing in 2021.

“Satisfaction level among those who are cruising today is the highest in our company’s history and their onboard spending is unparalleled,” Richard Fain, Royal Caribbean Group’s CEO, said during the company’s 2021 third-quarter earnings call in late October. The group oversees brands like its eponymous cruise line, Celebrity, and Silversea.

Royal Caribbean noted that its passengers have been splurging on internet access at sea, shore excursions, casinos, spas, and dining, the company reported during its 2021 second-quarter earnings call in August. But Royal Caribbean isn’t alone in noticing these spending patterns:  Carnival has also seen its passengers treating themselves at its bars, casinos, shops, spa, and on internet access, especially as people continue to work remote.

Like Royal Caribbean, passenger splurging on Carnival Group’s ships has been “off the charts,” Arnold Donald, the company’s president and CEO, said during Carnival’s 2021 third-quarter earnings report in September. The group also manages several major brands, including Carnival, Princess, and Holland America.

The following quarter, Carnival attributed its 4% spike in revenue per passenger cruise day — compared to the same time in 2019 — to “exceptionally strong onboard and other revenue,” specifically pent-up demand and spending on bundled packages.

Bundled packages allow passengers to pay for services like internet and drink packages before the cruise begins.  This then gives travelers a “fresh wallet” that encourages more onboard spending when they finally sail, David Bernstein, Carnival’s CFO, said during its 2021 third-quarter earnings call.

Even the more European-centric MSC Cruises saw a rise in passenger spending across its international cruising market, especially when the cruise line was offering activities that were only available aboard the ship instead of at shore, a spokesperson told Insider. Like the previous two cruising giants, most of this additional spending was on specialty dining, bars, and retail offerings.

“This was, of course, more pronounced during the peaks of the pandemic when people felt safe on board and were inclined to treat themselves and spend more,” the spokesperson said.