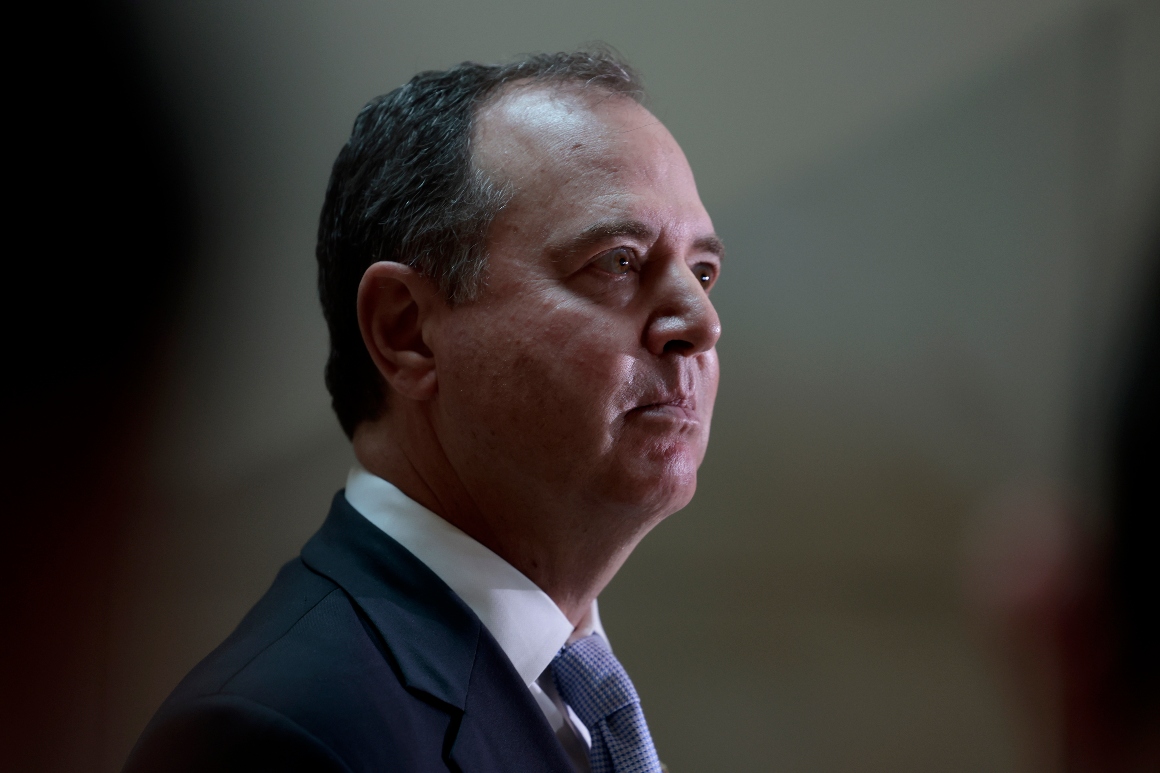 Congress wants to spend more money to help Ukraine’s military fend off Russia. It may be too late for any new cash to make a difference.

President Joe Biden, during televised remarks Thursday as Vladimir Putin bombarded Ukraine, did not outline plans to ask Congress for additional authorities or funding as his administration begins imposing harsh sanctions on Russia’s economy and continues sending weapons to Kyiv. And many on Capitol Hill seem content allowing the White House to dictate the U.S. response to the ongoing assault.

The resulting dynamic over additional aid to Ukraine could end up where the debate over sanctioning Russia did before lawmakers left Washington last week — with a bipartisan appetite to do more to counter Putin but little consensus on specifics.

If the Biden administration asks for additional legislation, congressional leaders are prepared to move quickly. A senior Democratic House aide confirmed they’ve received no such formal request yet.

“We will work hand in hand with the administration. If they need something sooner, we’ll deliver something sooner,” House Intelligence Chair Adam Schiff (D-Calif.) said on Thursday. “But I’m very confident that both parties understand the importance of providing assistance to Ukraine and to our NATO allies. And we will do that as promptly as necessary.”

But some lawmakers don’t want to wait for Biden’s blessing before passing new legislation that could sanction Russia as punishment for its violent campaign while boosting Ukraine’s military and sending it needed humanitarian assistance.

Sen. Chris Coons (D-Del.), who chairs the Appropriations subcommittee on the State Department and foreign operations, told reporters Friday morning that any supplemental funding bill would likely exceed $10 billion, the majority of which would go toward humanitarian aid to address the impending refugee crisis in Europe.

Those who want to help Ukraine further, as soon as possible — Democrats and Republicans alike — are pointing to Biden’s acknowledgment on Thursday that the sanctions he and U.S. allies have outlined so far won’t do much to deter Putin’s behavior in the short term.

Graham said he has told the Biden administration an emergency spending bill for Ukraine would get “broad bipartisan support” and that the Senate should pass such a bill next week when members return to Washington. Sen. Jim Risch of Idaho, the top Republican on the Foreign Relations Committee, agreed that “what is appropriate won’t be hard to settle on under the current circumstances.”

There’s notable bipartisan agreement on going further than the Biden administration has so far. On Thursday, the U.S. ramped up its sanctions to include additional Russian banks and critical industries, but Senate Foreign Relations Chair Bob Menendez (D-N.J.) called for an escalation that would kick Russia out of the SWIFT global banking system — even as Biden said that such a proposal faces opposition from some European nations — while aiming to sanction Putin himself.

In addition, Democrats and Republicans who attended the Munich Security Conference issued a statement ahead of Russia’s offensive that vowed to help pass “whatever emergency supplemental legislation will best support our NATO allies and the people of Ukraine.”

But when it comes to an emergency weapons resupply for Ukraine, some lawmakers are openly skeptical. Their concerns are compounded by Congress’ usual slow pace as well as the Senate’s inability to agree on a comprehensive deterrent sanctions package before Russia invaded — legislation that would have included a significant increase in lethal military aid.

Furnishing the Ukrainian military with more equipment may only go so far in the face of the Russian invasion that launched overnight, House Armed Services Chair Adam Smith (D-Wash.) cautioned Thursday on CNN.

“I don’t think it’s realistic to think that we’re going to be able to reinforce them enough in the short-term to repel the invasion,” Smith said. “We do need to try and help them as much as possible, and it is quite possible that what we’re looking at here is a more long-term insurgency.”

Other potential provisions that could get added to a Ukrainian aid bill are floating around the Hill: Graham has pushed for the creation of a task force to target Russian oligarchs worldwide, many of whom have enriched themselves from their closeness with Putin. The Biden administration and some European nations have already started seeking ways to punish those individuals, financially or otherwise.

What remains unclear, though, is whether such legislation will gain momentum soon. With Congress on a planned recess this week, some lawmakers are calling for quicker action. Rep. Elissa Slotkin (D-Mich.) said national security committees should cobble together a bipartisan package before Biden’s State of the Union address on Tuesday.

The top Republican on the House Armed Services Committee, Alabama Rep. Mike Rogers, said in a statement that lawmakers should return to D.C. early to vote on GOP-backed sanctions legislation that would give Kyiv millions of dollars in new foreign military financing.

The calls from lawmakers to go further follows entreaties from top Ukrainian officials for a more aggressive response from the U.S. and its European allies as Russian troops escalate their assault.

Some extra military aid already has been sent; the Biden administration last month shipped $200 million worth of anti-armor missiles, ammunition and other military equipment to Ukraine. The Pentagon has moved several thousand U.S. troops into eastern NATO countries on Russia’s periphery. The State Department also last week approved a long-awaited $6 billion sale of tanks to Poland.

Following Biden’s remarks, the Pentagon announced the approved deployment of 7,000 more troops to Germany. A senior defense official said the move aims “to reassure NATO allies, deter Russian aggression and be prepared to support a range of requirements in the region.”

An aid bill responding to the invasion could take weeks to finalize. When that happens, it will almost certainly incorporate humanitarian assistance, too.

Rep. Barbara Lee (D-Calif.), a senior House Appropriations Committee member, said this week that the administration communicated to lawmakers that, in the event of a Russian incursion “there is a need over the next twelve months of at least $1 billion for humanitarian needs.”

Tens of billions of dollars in emergency aid, including for coronavirus response and disaster assistance, is already expected to ride along with a massive government spending package that top lawmakers are pushing to finish before federal funding expires on March 11. Whatever emergency Ukraine cash gets added into the broader funding measure is likely to be finalized during last-minute dealmaking as the two parties button down the “full-year” package to boost both military and non-defense funding levels into the fall.

Sens. Jeanne Shaheen (D-N.H.) and Rob Portman (R-Ohio), senior foreign policy voices in the chamber, have both said that sweeping funding bill could include the non-controversial elements of a Ukraine aid package. But Democrats are likely to resist calls for more Pentagon money, considering the spending bill in the works is already expected to substantially boost defense cash above the president’s request.

And it’s far from clear where the conflict in Ukraine will stand by the time lawmakers can agree on that spending blueprint.