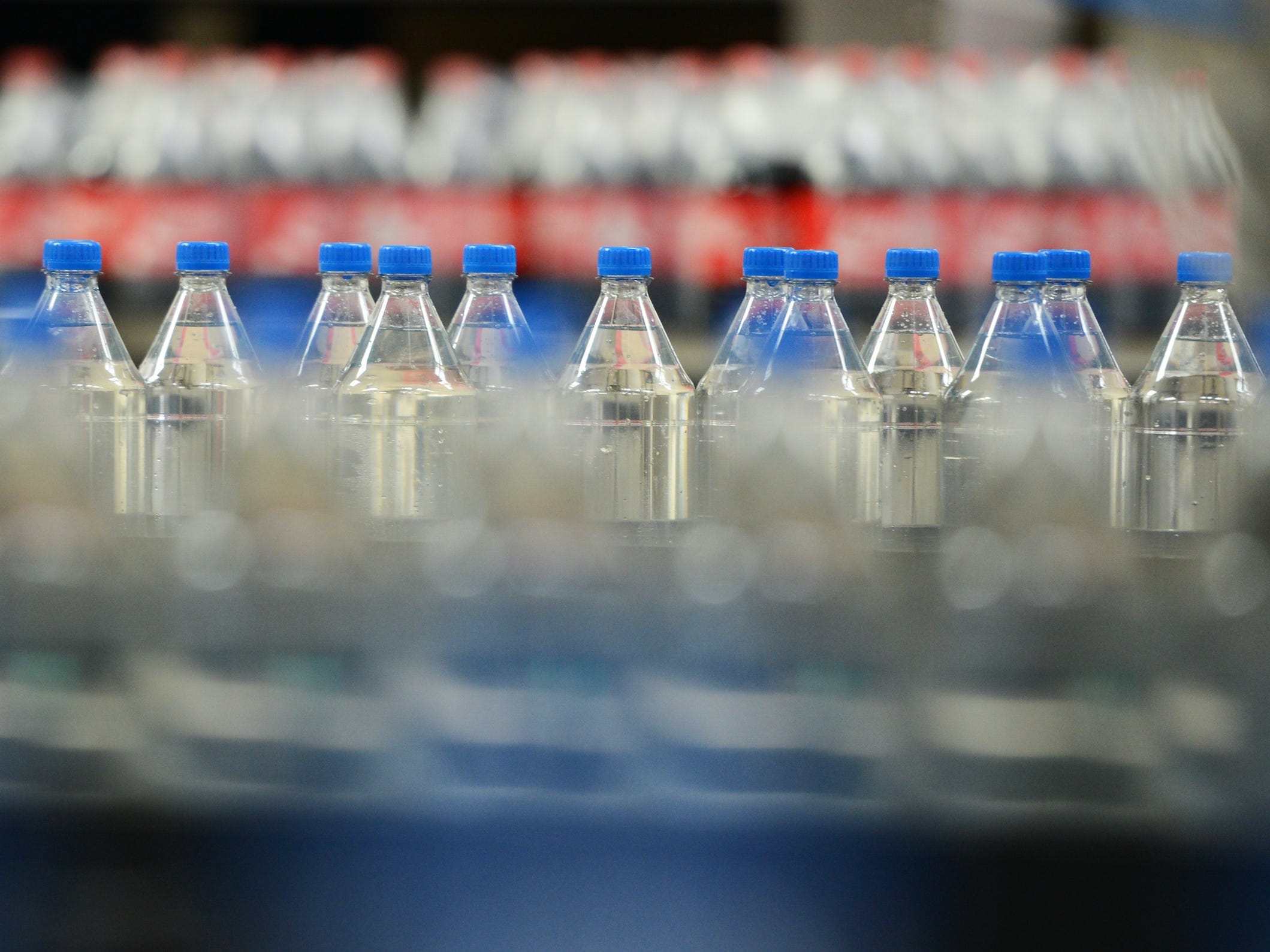 A Coca-Cola bottling plant in Germany.

Coca-Cola is partnering with Corona’s US producer to launch a new Fresca canned cocktail, the beverage giant’s latest foray into alcoholic drinks.

Fresca Mixed, a “ready-to-drink” cocktail, will be arriving on store shelves later this year, Coca-Cola announced Thursday. The grapefruit-flavored citrus soda is already a popular cocktail mixer and is the fastest-growing trademark in Coca-Cola’s US portfolio, the company said in a press release.

Fresca Mixed will be Coca-Cola’s third entry into the alcoholic beverage world. In 2018, the company launched Lemon-Dou, an effervescent lemon canned cocktail, in Japan. And in 2020, Coca-Cola teamed up with Molson Coors to roll out Topo Chico Hard Seltzer, which has seen such early success that the company plans to distribute it in all 50 US states beginning this month. Coca-Cola is one of several beverage-producers coming up with new ways to marry alcohol with popular soft drinks.

Bud Light announced in mid-December that it’ll do the opposite: it’s adding soda flavors into its hard seltzers with the launch of Bud Light Seltzer Hard Soda, which will come in cola, cherry cola, orange, and lemon-lime.

And at least one beer company is turning its attention to liquor. Distiller Beam Suntory and Boston Beer announced a partnership last July to create ready-to-drink Sauza cocktails and liquor-infused Trulys.

Taken together, these new drinks are a sign of a shift in the alcohol industry.

“The lines are blurring, and consumers are the ones blurring the lines, so it’s allowing a lot more nontraditional companies to come into the space,” Ann Mukherjee, CEO of beverage firm Pernod Ricard North America, told CNBC’s Amelia Lucas last month.

It’s a trend that may have roots in the hard seltzer craze, which swept the nation beginning in 2018. The trend took the popularity of non-alcoholic seltzers like La Croix one step further and launched brands like White Claw into the mainstream. It also spurred major investment from beer-makers, as well as dozens of copycats from upstart seltzer brands.

While hard seltzers are here to stay, however, the category as a whole may be cooling off — Molson Coors already nixed Coors Seltzer, Boston Beer has dumped millions of cases of unsold Trulys, and hard seltzer sales across the board slowed to a crawl last summer, Insider’s Alex Bitter reported.

But what beverage companies appear to be realizing now is that the decline of hard seltzers leaves room for creative new entrants on store shelves.