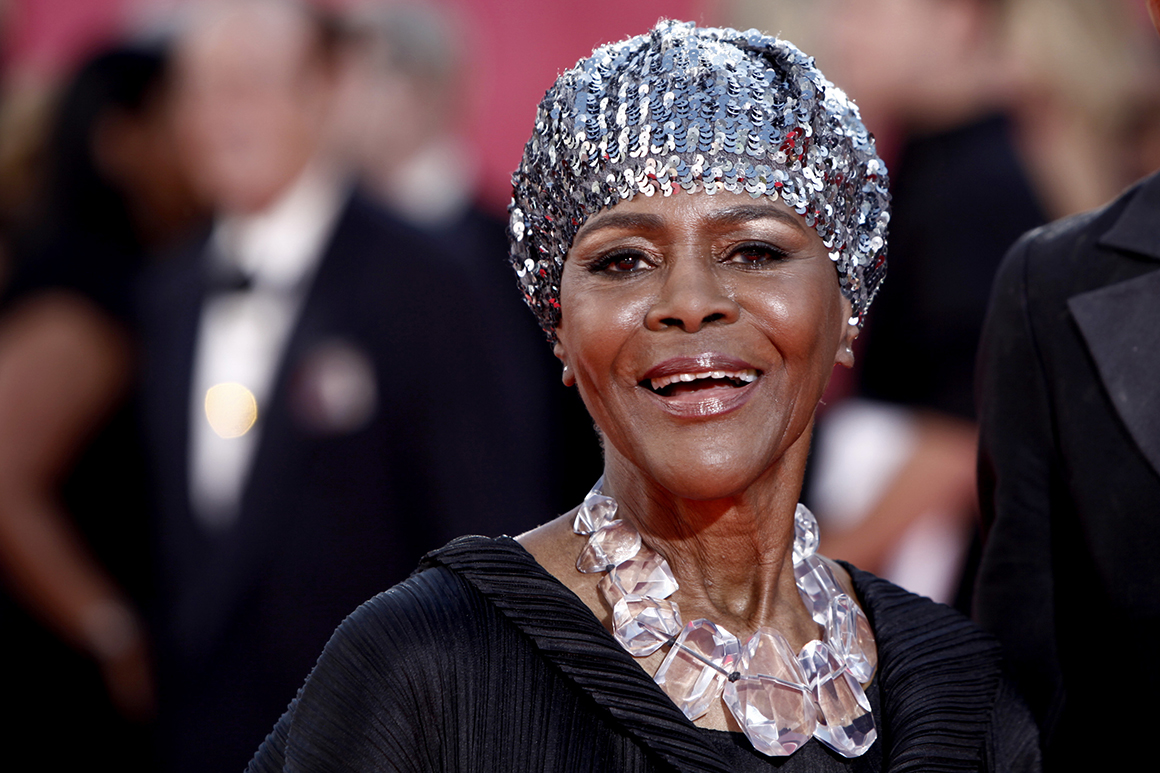 The most indelible image of Cicely Tyson for me, as is it likely is for many other people, is Rebecca in the 1972 movie Sounder. I was only 10 at the time the film came out, but I instantly saw in that portrayal certain ineffable qualities of Black people that I knew had been missing from the screen for a long time.

As played by Tyson, Rebecca was long-suffering like so many Black Southerners, especially in the Depression era — poor, struggling, trapped in a racially unjust system that, among other things, had landed her husband in prison. But she was also an open book, equally susceptible to joy as she was to that suffering. In her great forbearance, there was also vulnerability, even a sense of wonder. Maybe it was the slight overbite and the eyes that widened with intensity and disbelief, but Tyson projected something I had never really seen a Black actor project: innocence. She wore her heart not only her sleeve, but on her face. Her wiry body trembled with foreboding and determination, but also with anticipation and possibility. I’ll never forget the reunion scene in Sounder: Tyson sprinting down a dirt path yelling her husband’s name — “Nathan!” — into the wind as she rushes to welcome him home.

It was a revelation to me, for all kinds of reasons. Although my family is from Louisiana, where the movie is set, I was born in Los Angeles and grew up thinking of the South, especially the one depicted in Sounder, as a hell that obscured Black humanity by design, even to Black people themselves. Tyson refuted that. With her energy, dignity and restlessness that was evident even when she was still — she always seemed to be searching — she reminded me that Black people have humanity first and foremost, wherever they are.

It was an important realization. My early ambition was to be an actor, and the few Black women I saw on TV and in movies — Diahann Carroll, Nichelle Nichols — were glamorous, but emotionally inaccessible, as “done” as their impeccable hair and makeup. Ditto the street superheroines like Teresa Graves and Tamara Dobson in the so-called Blaxploitation movies of the 1970s; as Christie Love and Cleopatra Jones, they were beautiful and confident but seemed to propagate an urban myth of Black people as Teflon-tough. In contrast, Tyson embodied, and embraced, the resilience of everyday life that was informed by clear moments of doubt, and even despair. She was regal but regular, qualities emphasized by her dark skin that for generations had consigned Black women to playing archetypal maids or mammies (the epitome of Teflon) when they got roles at all.

Next to her acting acumen, across a seven-decade career that spanned movies, TV and plays, Tyson’s greatest contribution to the entertainment industry was advancing a beauty standard that — the bravura of the Black Power movement notwithstanding — was deeply radical. It remains so. As a girl, I was taken aback by her look, which I and many other Black girls had been conditioned to see as unpretty: dark-skinned, with decidedly non-European features, favoring braids and natural hair. Such an aesthetic had long been rejected as too African in a business that rejected even light-skinned Lena Horne-types as too colored for steady work, let alone real stardom. Tyson struck a blow not just to that notion, but also to the ancient phenomenon of Black self-loathing.

As liberating as Tyson’s prominence was, it didn’t become the norm. After the ’70s, when Tyson was at her peak, it took a couple more generations for dark-skinned Black women — for Black women period — to establish a presence and depth on the screen. In movies and across media platforms, we now have actors like Viola Davis and Octavia Spencer, both of whom appeared with Tyson in The Help, a 2011 film about maids that is at least Black-centered. On HBO, there’s Issa Rae, who has built on Tyson’s legacy in being Black, beautiful and together, but vulnerable, even — maybe even principally — “insecure.” Rae has swiftly expanded from being an actor to being a producer, talent scout and influencer, setting up other Black women to be the same. It’s all very encouraging, and I hope it lasts.

There are still miles to go. While “Insecure” has staked out critical new space and emotional territory, it has mostly been lauded for a kind of sharp comic sensibility we tend to associate with Black performance. Tyson was a dramatic actor who resisted hipness. She didn’t often parry Black pain with comedy, profanity or wicked comebacks. She was not polished or fly. That’s what made her great, and groundbreaking.

I grew up to be a writer, not an actor. But 50 years on, I still harbor dreams of the screen and stage. Tyson acted her whole life, never let go of what she loved to do and how she loved to do it; that certainty, and a certain glamour that went along with being so self-possessed, actually increased with age. It’s just one more example she set that still waits to be joined by more examples, and to make that leap into tradition.