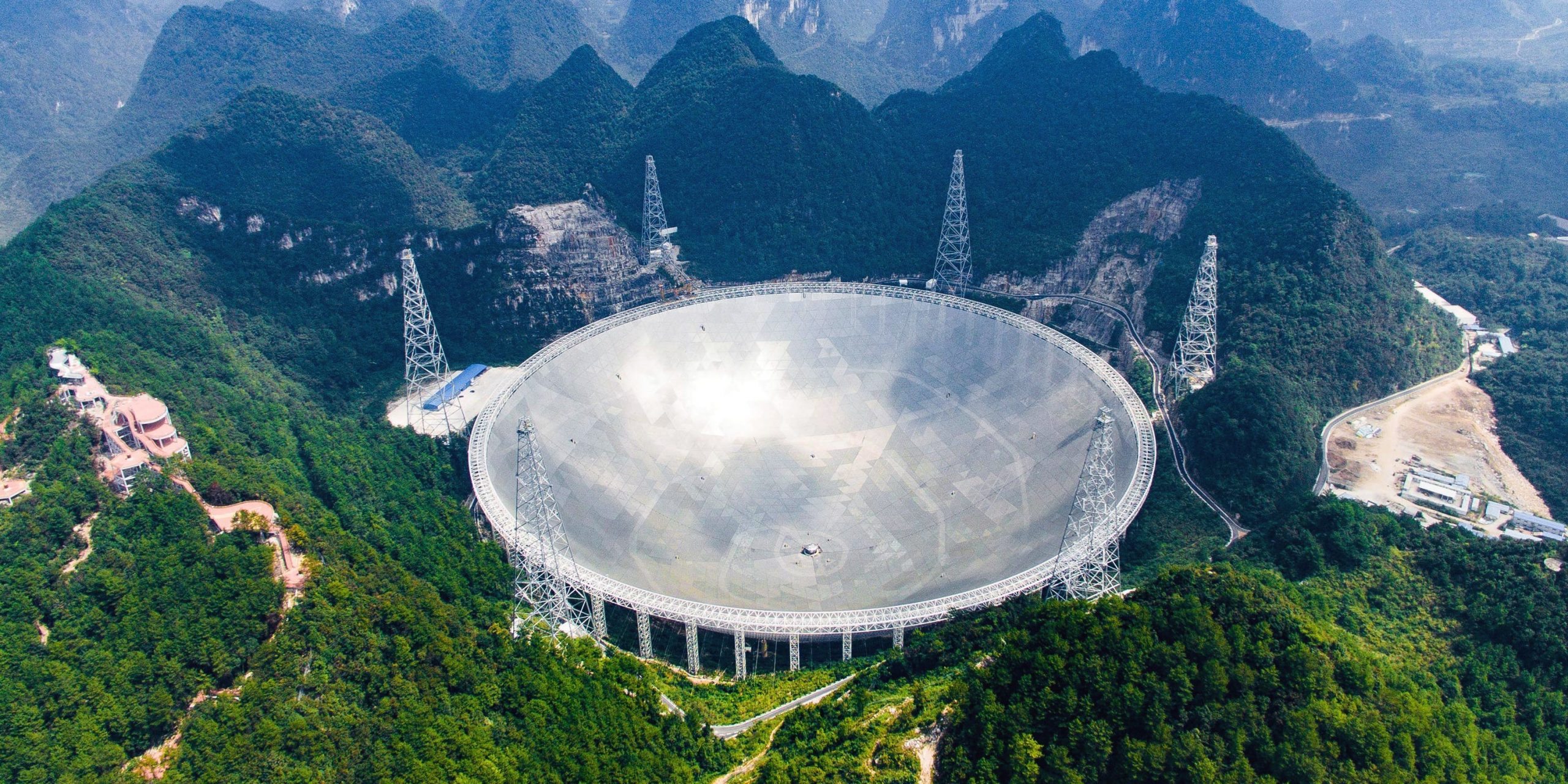 Chinese scientists say the country’s giant “Sky Eye” telescope may have picked up signs of an alien civilization.

Researchers with Beijing Normal University found “several cases of possible technological traces and extraterrestrial civilizations from outside the earth,” according to a report published Tuesday in Science and Technology Daily, the official newspaper of the Ministry of Science and Technology.

The signals were discovered by China’s 500-meter Aperture Spherical Radio Telescope (FAST,) the only giant, single-dish, radio telescope in the world. It is known informally as “Sky Eye,” the newspaper said.

Zhang was also quoted by the newspaper as saying the new signals could just be radio interference.

“The possibility that the suspicious signal is some kind of radio interference is also very high, and it needs to be further confirmed and ruled out. This may be a long process.” Zhang said.

As Insider’s Azmi Haroun previously reported, the FAST telescope, which is located in Guizhou province, can detect faint radio-waves from pulsars and materials in galaxies far away.

The dish was completed in 2016 and the observatory cost $171 million.

As of September 2020, one of the telescope’s main functions has been to search for extraterrestrial life. Beijing Normal University is working alongside scientists from University of California, Berkeley, on the program.

To date, those researchers have identified two sets of signals from 2019 when processing data in 2022 and one set of signals this year, Zhang told Science and Technology Daily.