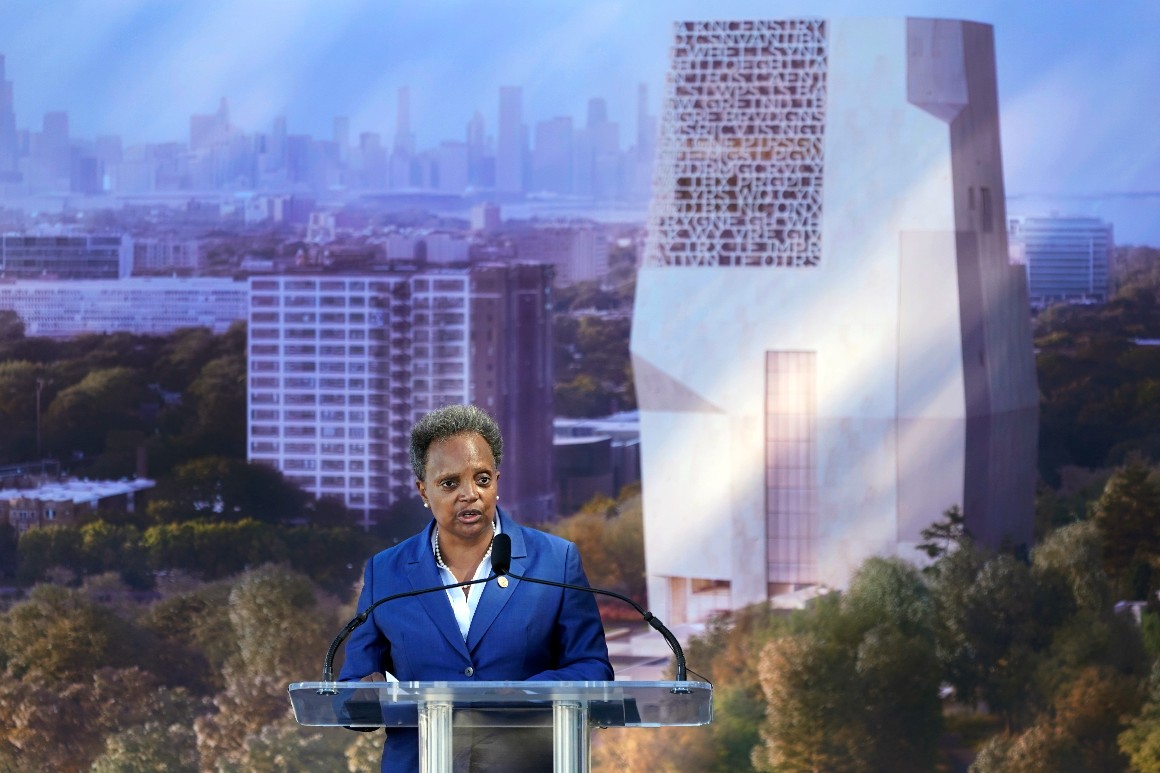 CHICAGO — To understand the crisis that shuttered Chicago public schools this week, it helps to know the key ingredient: A Democratic mayor and one of the city’s most powerful labor groups can’t stand each other.

An increasingly toxic relationship between the Chicago Teachers Union and Mayor Lori Lightfoot has been waiting to explode for months — if not years. The Omicron variant turned out to be the spark.

“There are so many things we could partner on,” Lightfoot said in an interview Wednesday about her latest conflict with the union, whose members overwhelmingly voted late Tuesday not to return to in-person teaching. “Instead, they chose an illegal, unilateral action that throws the whole system into chaos and makes us a laughingstock all across the country.”

Chicago is the nation’s largest district to close, and the only major one shuttered by a labor dispute.

It’s unclear if the union’s move will inspire educators elsewhere to follow suit as they see their own members catch the virus, which has already triggered smaller shutdowns. But many elected Democrats across the country who backed closures early in the pandemic are insisting that K-12 schools must stay open during the Omicron surge — a repositioning that has created friction with teachers unions, a key party constituency.

For now, the hard-nosed teachers unions in New York, Los Angeles, Washington and Sacramento aren’t demanding school closures the way Chicago educators are. The powerful California Teachers Association issued a statement with Gov. Gavin Newsom last month pledging to “keep our classrooms open” in a state where campuses were shut by the pandemic longer than almost anywhere in the nation. Democratic leaders, from President Joe Biden to New York City Mayor Eric Adams, are giving greater voice to the social and academic woes suffered by students learning at home — and recognizing that parents have little patience for reverting back to online classes.

The Chicago tensions are particularly raw for Lightfoot, a sharp-tongued reform Democrat who ran on a pledge in 2019 to challenge the party’s political machine, which leans heavily on labor groups. She also doesn’t suffer niceties, and values directness from her allies and critics.

When a public-records request revealed last month how she regularly zapped her staff and critics by email, the city’s voters and political class barely blinked. Even allies are used to the mayor’s tone. “The mayor and I have always had a bluntly honest working relationship,” Alderman Brendan Reilly said in an interview at the time.

But to some of those who work or negotiate with her, Lightfoot’s frankness has made her dealings with CTU — a group that also vexed her predecessor, Rahm Emanuel, at times — unmanageable.

And during a Wednesday night press conference, Lightfoot, a former prosecutor, did what Chicagoans have come to expect: She dug in.

“I will not allow them to take our children hostage,” she said of the teachers union. Her concern centers on the many CPS students who come from underserved communities where access to the internet or computer devices isn’t always available and whose families rely on children getting two or three meals a day at school.

Teachers, who were supposed to return to the classroom Wednesday, are concerned about safety after numerous reports of post-holiday Covid testing gone awry and photos of FedEx drop boxes overflowing with packages of tests.

And union officials have blamed the mayor for the standstill that’s keeping city’s roughly 330,000 public school students from their classrooms.

“Lightfoot’s administration has been an enemy to public education here in Chicago,” CTU Vice President Stacy Davis Gates said in an interview Wednesday.

But even some of Lightfoot’s staunchest critics are siding with her about keeping schools open.

“I don’t think CTU will give Lightfoot an inch even if she gave them everything they wanted,” Chicago Alderman Raymond Lopez, who has chided the mayor on everything from public safety to emergency powers, said in an interview. “They are on a mission to be obstructionists to this administration in a way that puts me to shame. I can recognize when she does something right, and they refuse to do even that.”

Since her landslide election over the CTU’s favored progressive candidate nearly three years ago, Lightfoot has found herself at odds with the teachers union at every turn. There was a 14-day strike during her first year in office, followed by constant disagreements over how to keep students in school when the pandemic broke out in 2020.

CTU and Lightfoot’s administration have been negotiating for months with little to show for it.

“Anybody who believes this teachers union is merely a union hasn’t been paying attention,” Lightfoot told POLITICO. “They believe themselves to be a political movement or political party and that is the lens through which we have to view every one of their actions.”

And during her Wednesday night press conference, the mayor said teachers who didn’t return to their classrooms Friday wouldn’t be paid.

“We will not pay you to abandon your posts, and your children at a time when they and their families need us most,” she said. “It will not happen on my watch.”

Lightfoot said “hundreds of millions” of dollars have been spent on making Chicago schools safe for students and school staff during the pandemic. Ventilation systems have been improved, and schools have HEPA filters and masks and procedures in place for social distancing, she said.

The teachers union insists the improvements don’t go far enough. Gates said the city is withholding too many federal dollars — Chicago Public Schools received about $2 billion in federal Covid relief funding — that should be spent on schools.

“I cannot stress this enough: we have billions of dollars to help us get through Covid that we do not see in our school communities,” Gates said. “We do not see widespread testing. We do not see vaccination clinics, especially in the ZIP codes in this city that have been suffering.”

CPS CEO Pedro Martinez acknowledged the city “agrees” that more needs to be done to beef up Covid testing. District officials said Wednesday night that they have to prioritize tests on symptomatic and unvaccinated students given limited supplies.

Still, Lightfoot disagrees that the friction between her office and the teachers union has anything to do with politics or her leadership. She’s not the first Chicago mayor, after all, to butt heads with educators. There was a teacher strike during Emanuel’s term, too.

“Anybody sitting in this seat, given who the CTU is, would be in the same place that I am. This isn’t about personality. This is about ego,” Lightfoot said.