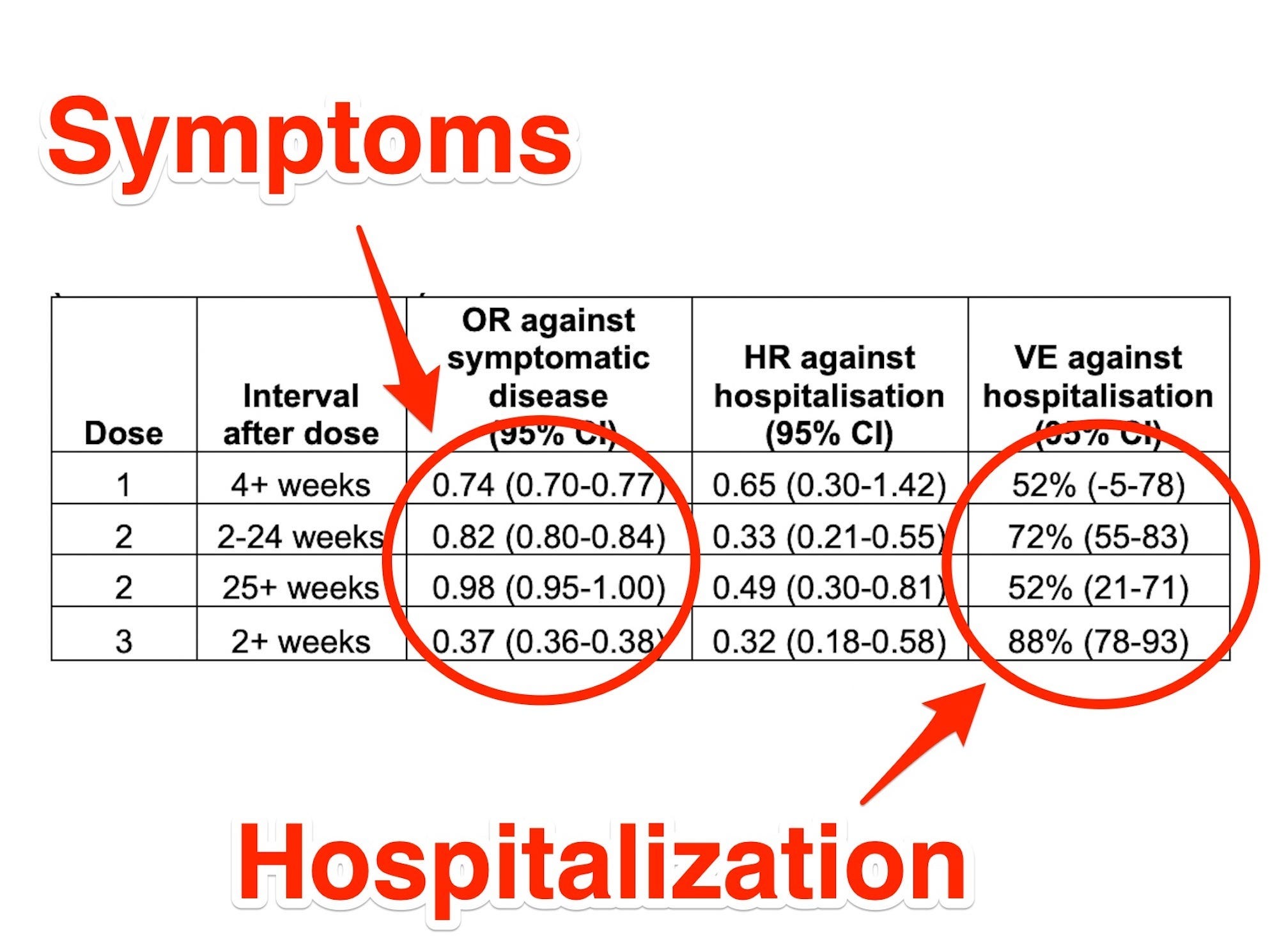 An annotated version of the UK Health Security Agency chart, showing protection against symptomatic disease and hospitalization after one, two, or three doses.

A new chart hows how much protection is conferred by one, two, and three doses of vaccine against the Omicron coronavirus variant.

It was published on Friday by the UK’s Health Security Agency, drawing on data collected during the country’s Omicron surge in late December.

It found that, while vaccines protect much less against catching COVID-19 with Omicron than with Delta, protection against hospitalization remains high.

Protection against hospitalization waned over time after a second dose, but a booster shot increased it again, the figures showed. A chart shows protection from vaccines against symptomatic disease and hospitalization.

The study was based on data collected between 27 November and 24 December 2021. It provides the first formal assessments of booster vaccine effectiveness against severe disease, Eric Topol the director of the Scripps Research Translational Institute, tweeted on Friday.

Here are the stats.

For hospitalization (all vaccine brands combined):

Since the data was from the UK it isn’t totally applicable to the US, which uses a different set of vaccines.

Most older people in the UK were given the AstraZeneca vaccine, which the US hasn’t used. The UK never used the single-shot Johnson & Johnson vaccine. Both countries use the Pfizer and Moderna vaccines, and the UK is using those two exclusively in its booster rollout.

The findings appear to confirm that vaccination and boosters are an effective tool against Omicron. The variant is sweeping the world, and risks pushing health systems to the “brink of collapse,” the World Health Organization recently said.

It is not clear how long booster protection will last. The UKHSA previously reported that protection against symptomatic disease dropped after 10 weeks —from 70% to 45% — after a Pfizer booster among those who had already taken two Pfizer doses.