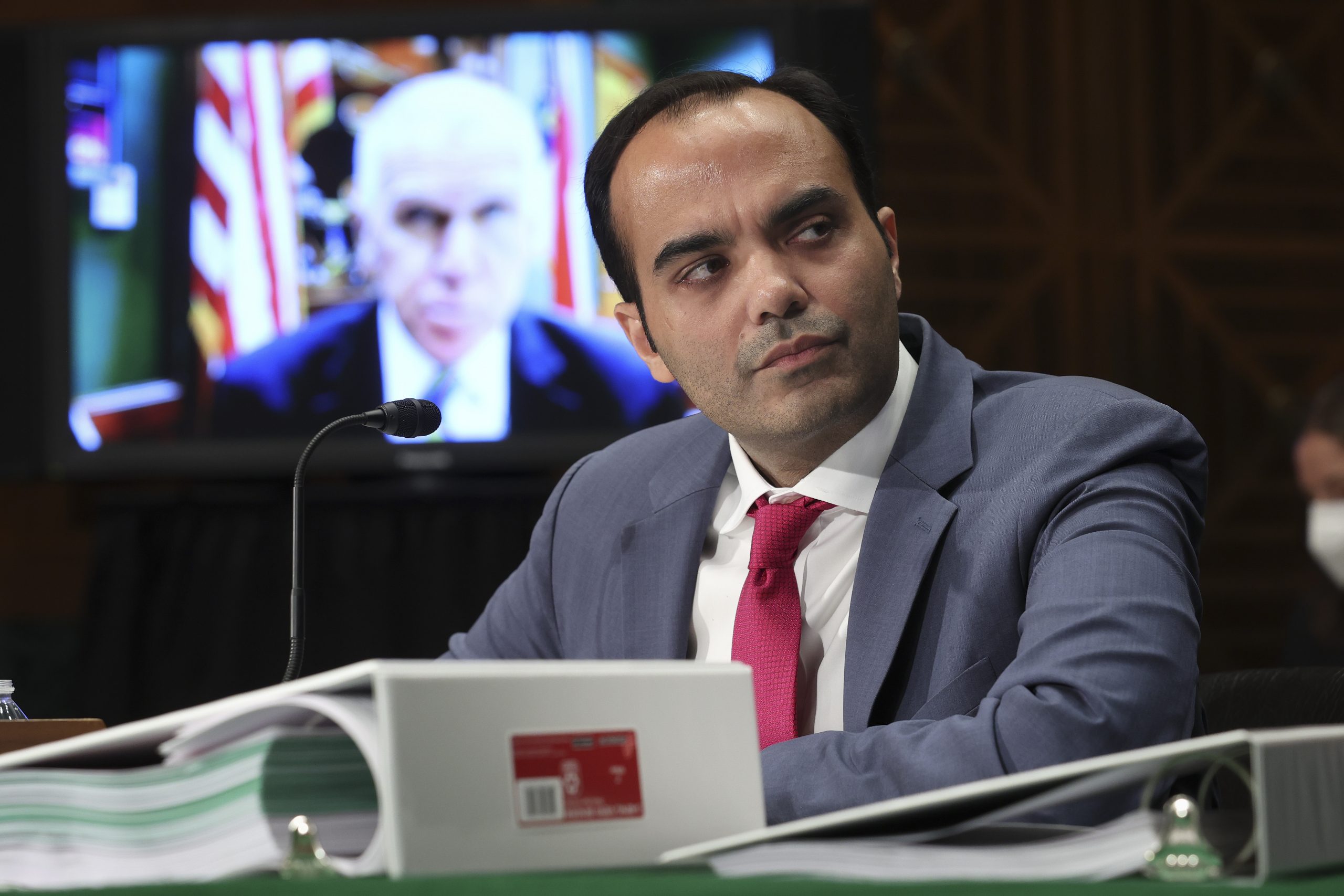 The Chamber of Commerce is going after Consumer Financial Protection Bureau Director Rohit Chopra in a public campaign, accusing him of attempting to “radically reshape” American finance.

The trade group, which represents businesses throughout the country, announced Tuesday it was launching an advertising drive targeting Chopra — an ally of Sen. Elizabeth Warren — for his efforts to rein in what he views as abuses in the financial industry.

The extraordinary move by the Chamber comes after Chopra has repeatedly incensed the industry since taking over as the head of the CFPB in October. The combative bureau chief has zeroed in on big technology companies, banks and credit-reporting firms, signaling a crackdown on their handling of personal data and fees. In March, the agency updated its examination guidelines to clamp down on discrimination in cases where fair lending laws do not apply, a move the Chamber called “unlawful.”

The group’s litigation arm sent two letters to Chopra objecting to that amended exam manual and other “imprudent and unlawful actions,” including an update to the bureau’s rules that could make it easier for the agency to pursue enforcement actions outside of federal court.

“Chopra is laying the groundwork to force the financial services sector to comport with his personal vision of the appropriate size of companies and what products and services should be offered and under what conditions,” Neil Bradley, executive vice president and chief policy officer at the Chamber, said in a statement.

“No previous CFPB Director has thought they had such power,” Bradley added. “Rohit Chopra’s radical agenda and reckless actions will only hurt consumers, businesses, and our economy, and he needs to be held accountable.”

The ad campaign is aimed at “policymakers and influencers,” Bradley said in an interview.

“Our goal is to really draw attention in Washington — I think one of our big concerns is that there are really major changes just kind of happening without much attention,” he said. “We think there does need to be greater congressional oversight, and that may be more likely after election season but we think it should be a priority.”

A CFPB spokesperson dismissed the effort as a futile attempt to strongarm Chopra.

“Scare tactics orchestrated by lobbyists for Big Tech and Wall Street won’t deter the work of the CFPB to enforce the law,” bureau spokesperson Allison Preiss said in an emailed statement.

“We remain focused on ensuring fair, transparent, and competitive markets for American consumers and honest businesses who play by the rules,” she added. “Big corporations and their lobbyists want to preserve a system where American families and small businesses are left to fend for themselves against those that repeatedly violate the law.”

Chopra has said the March updates to the exam manual made sense under the Bureau’s remit to police “unfair, deceptive or abusive acts or practices,” or UDAAP.

“When a person is denied access to a bank account because of their religion or race, this is unambiguously unfair,” he said at the time. “We will be expanding our anti-discrimination efforts to combat discriminatory practices across the board in consumer finance.”

The Chamber on Tuesday also joined three trade groups — the Consumer Bankers Association, the American Bankers Association and the Independent Community Bankers of America – in sending Chopra a white paper they had commissioned on the UDAAP change.

“The CFPB’s action has created significant uncertainty in the financial marketplace to the detriment of consumers and banks alike, and it raises profound substantive and procedural legal concerns,” the groups said in the paper.