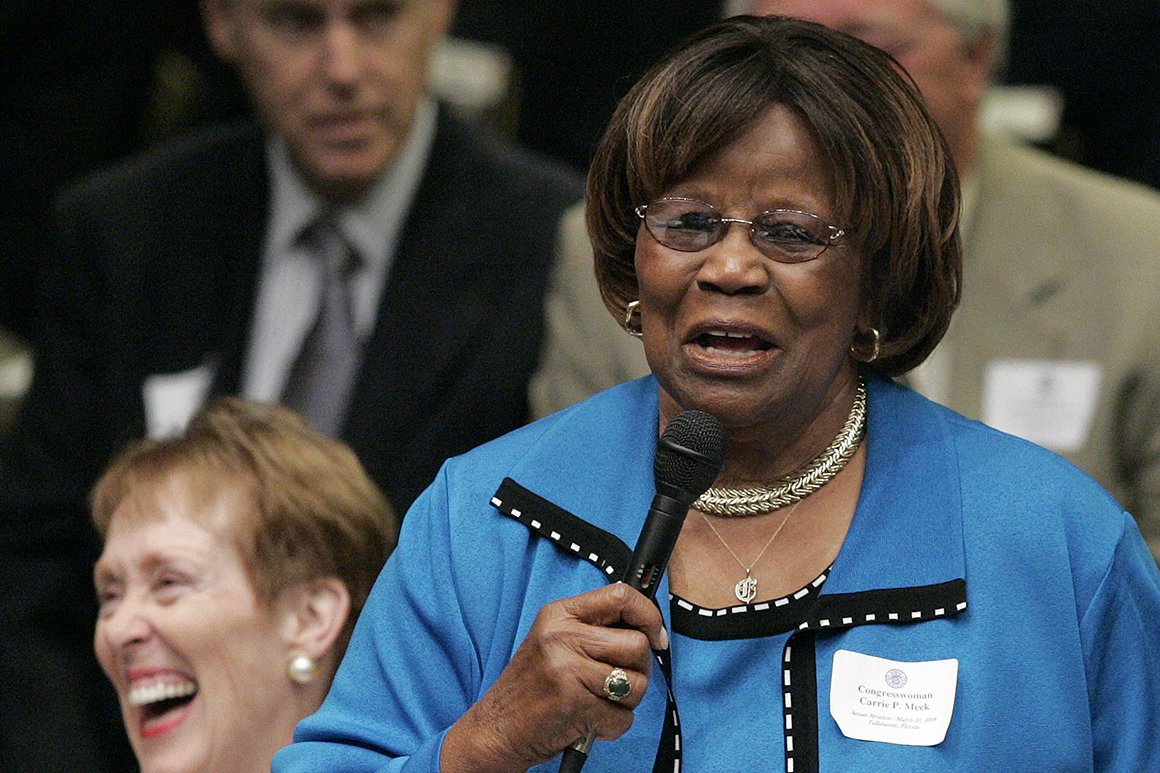 Carrie Meek, a five-term Florida congresswoman and my dear friend, died in our hometown of Miami in November. Since then, I have had some time to reflect on what she taught me over the decades that I had the high honor of serving alongside her in the Florida Legislature and the U.S. House of Representatives.

Carrie and I were very different on the surface. She was the daughter of sharecroppers who grew up to be a passionate Democrat. I am a Cuban immigrant and a longtime Republican. Yet we shared something as “firsts” — she as the first Black Floridian elected to Congress since Reconstruction, and I as the first Latina elected to Congress. Despite our political differences, we also shared a sense of deep mutual respect and friendship.

Carrie taught me that a smile goes a long way in persuading others, and also that a smile should never be mistaken for a sign of weakness. She taught me about the value of bipartisanship — a style of governing that is rarely practiced these days in a Congress that I hardly recognize now. She was a progressive way before any of us were talking about Sen. Bernie Sanders or Rep. Alexandria Ocasio-Cortez. Yet she was willing to hear out Republicans like me and ponder someone else’s point of view.

After careful reflection, she would smile and tell you why you were wrong. But I never minded being told that by Carrie because she did so with such charm that you hardly ever complained, even if she was cleaning your clock in a debate.

She was a force to be reckoned with. I will always fondly recall Carrie, standing on the floors of the Florida state senate and the U.S. Congress, when we served in those bodies together, declaring of whatever legislation she opposed at the moment, “Friends, we need to kill this bill Black Flag dead” — a reference to the potent insecticide.

Carrie and I worked together on so many issues. She supported me on bills to help the Cuban people be free. I helped her on issues dealing with poverty and desperation in Haiti. When Carrie worked on issues to improve the lives of Black people, whether in the United States or elsewhere, she did not view that as a Black cause alone. For her — and for me — it was an American cause. And on bills helping to bring jobs and better education to Miami, there was no daylight between us. Carrie would always reach out to me to see how we could work together for a stronger city, as I would reach out to her.

I realize that, as I age, I increasingly sound like a cranky Andy Rooney or an old lady waxing poetic about the Good Old Days of Congress, when everyone got along so well. The truth is things weren’t perfect then either. And yet, I can’t help but see Carrie’s passing as a symbol of the death of bipartisanship and civility on Capitol Hill. Members of Congress like her could argue passionately about their views without resorting to name-calling.

My hope is that Carrie’s legacy serves as a reminder to all members of Congress to appeal to the better angels of their nature and treat their colleagues with decency and respect. She would be pleased to see this spirit come back into vogue. Carrie, I miss you, mi amiga.