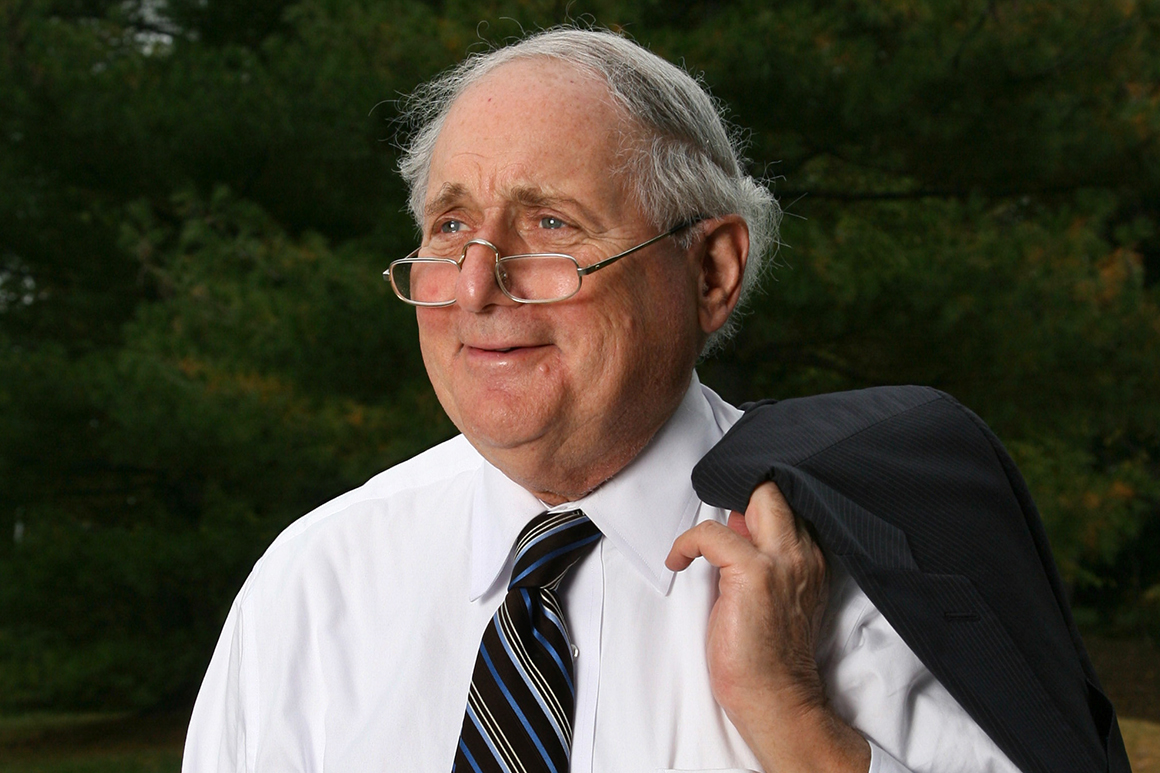 If you serve six terms in the U.S. Senate — ranking among the 20 longest-serving members in that body’s history — you tend to get stuff named after you in your home state. For Joe Biden, an Amtrak station in Delaware. For Hawaii’s Daniel Inouye, a highway, a lighthouse and a National Oceanographic and Atmospheric Administration center, among many other things (he got federal funding for all three). For West Virginia’s Robert Byrd, king of congressional pork … well, there’s so much named after him in the Mountain State that “List of places named after Robert Byrd” has its own lengthy Wikipedia page.

But how do you memorialize a man like Carl Levin, whose legacy was not in bringing home pork, but in the less-glamorous work of advocating for governmental oversight?

He wasn’t a cinematic, larger-than-life character like Inouye or Byrd. He wasn’t prone to grand speeches or self-glorifying. Still, when Levin asked questions of you — whether you were offering hostile testimony before his committee in the Senate, or were at a summer cookout in the Detroit suburbs — he listened to you, not simply to mark time before he delivered a canned response but instead so that he could understand.

Levin, a Democrat who died this year at 87, was from one of metro Detroit’s big political families; the federal courthouse downtown is named after his uncle, his cousin was on the state Supreme Court and his older brother, Sander, was a state senator and two-time gubernatorial nominee before being elected to Congress. (Full disclosure: More than a decade ago, before entering journalism, I briefly was a speechwriter and policy adviser to Rep. Sander Levin.) You think “political dynasty,” and the Kennedys come to mind, with their windswept Hyannis Port polish and LIFE magazine-ready touch football games on the lawn of their freshly resodded estate. But Carl Levin was not ready-made for glamour shots.

Although he had the Kennedy-esque Harvard pedigree, he worked his way through college with summer jobs driving cabs and working on automotive assembly lines in Detroit. Levin’s first campaign came in high school, when he ran for class treasurer using posters with pictures of matzo and the slogan, “This is what happens to bread without Levin.” (The student body at Central High School wasn’t particularly Jewish, but they got the joke. He won, and never lost a campaign afterward.) He was perpetually frumpy, his glasses sliding down the tip of his nose, his suit jacket wrinkled and maybe freshly stained with mustard. It’s not that he was a slob; he was just someone who lived a life.

Years later, when Michigan Republicans nominated Jack Lousma — an honest-to-God former astronaut who looked every bit the part — to challenge Levin for his Senate seat, it was at least in part because of the physical contrast between the two men. The GOP candidate’s campaign literature made a point of mentioning the former Skylab pilot’s physique: tall, lean, blond, blue-eyed. Levin decided to have some fun. “In my speeches, I would pull out a piece of paper from my pocket and quote my opponent’s literature and say that we were going to reprint my biography so that it would start with my physical characteristics: ‘5’9” tall, plump, balding and disheveled,’” he wrote in his memoir, Getting to the Heart of the Matter. “I would then add ‘our pollsters tell us that it’s a winner because there are more of us than there are of them.’”

His appearance suggested to people that he was, if not a common man, then an uncommon man with a common touch — someone who was able to bridge all sorts of tricky fault lines in Michigan. At a time when city-versus-suburb and Metro-Detroit-versus-everybody-else were dividing lines in the state, Levin improbably rose directly from Detroit City Council president to U.S. Senate, defeating an incumbent Republican in 1978, a year in which Michiganders reelected Republican Gov. Bill Milliken with 57 percent of the vote. He never served in the armed forces, but his mastery of the topic earned him the chairmanship of the Senate Armed Services committee. He was Jewish in a state with a small Jewish population, and where antisemitism sometimes seeped into political campaigns, as in 2002, when Macomb County State Rep. William Callahan attacked Sander, saying, “I mean, the man has never owned a Christmas tree. He’s not a Christian. And I’m thinking, ‘Jeez, how can he represent me then?’”

That sentiment was not widely shared. The people of Michigan sent Carl Levin to the Senate for 36 years, making him the longest-serving senator in state history, and he held onto the seat thanks to a coalition that is hard to imagine today: Levin always carried both Wayne County (home of Detroit) and the overwhelming majority of Michigan’s Upper Peninsula, a heavily white, culturally conservative, gun-owning portion of the state. Levin outperformed Bill Clinton in 1996 and Barack Obama in 2008, and won in both the most urban and rural corners of the state.

In his electoral success, Levin was a model for a rare species of Democrat: unassailably electable in a Midwestern swing state. He won races without the industrial populism of a Sherrod Brown or David Bonior; without running away from his positions; without playing down his intellect. He appealed to people because they could either see themselves in him, or because they felt they could trust him, even if they might not always agree with him.

Which brings us back to governmental oversight, the central issue that defined Levin’s Senate career. Levin was under no illusion that every taxpayer dollar was well spent — indeed, he thought quite the opposite. But he also believed Democrats had an obligation to ensure that money wasn’t wasted — “not only because it is the right thing to do and saves taxpayers money,” he wrote in his memoir, “but because mismanagement jeopardizes important programs.”

The legendary Pentagon overspending of the 1980s — single-source contracts for $640 toilet seats, spending $2 on plastic machine parts that should’ve cost 5 cents — was revealed through Levin’s oversight hearings and addressed in his legislation, including the Competition in Contracting Act. The repeal of “Don’t Ask, Don’t Tell” came about during his tenure leading the Armed Services Committee and was itself an issue he broached as a matter of government oversight of the military. The most viral moment of his career? Also about oversight, as he skewered a Goldman Sachs executive for selling a self-described “shitty deal” to an unsuspecting public.

Back in Michigan, there actually is a physical tribute to Levin that bears his name and celebrates his commitment to oversight: the Levin Center at Detroit’s Wayne State University Law School, which works around the country to train federal, state and local lawmakers and their staff in how to conduct oversight in a bipartisan way. (It’s worth noting that the senator opted not to name it the Carl Levin Center.) The word “bipartisan” might cause the eyes to glaze over, but it’s an important differentiator from the partisan grandstanding that “oversight” largely has become today. Levin understood that if oversight is simply a means for self-promotion and partisan warfare, then it ceases to serve its purpose.

Levin put his beliefs about government ethics into practice in his own office. His legislative staff were not permitted to help on his campaigns. His campaign staff had no role in his legislative office. Years ago, a friend of mine who worked on Levin’s campaign told me about a gripe the senator had during a meeting — an incident I’ve come to think of as a quintessential Carl Levin oversight moment: He was upset about the slogan on his campaign signs and bumper stickers, which read, simply: “Levin. A senator to be proud of.”

The senator, ever detail-oriented, was adamant about the example set by that dangling preposition. He wanted: “Levin. A senator of whom we can be proud.”

The phrasing you could debate, but there was little question about the truth of the sentiment.