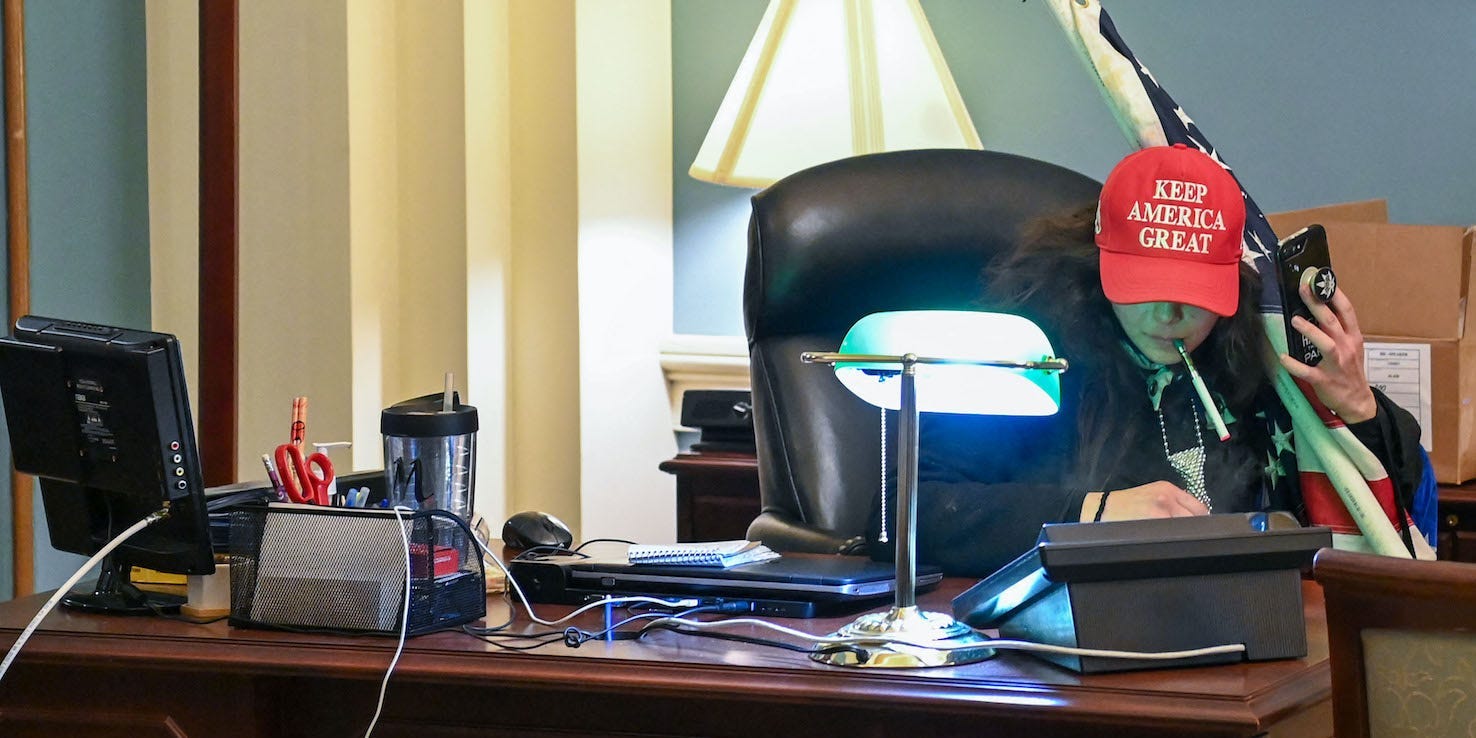 As crews cleaned the US Capitol on January 7, 2021, the phone lines in House Speaker Nancy Pelosi’s office began to ring.

Rioters were calling “asking whether there was a lost and found because they forgot their phone there, or they left their purse or what have you,” Rep. Jamie Raskin, D-Md., told Insider on Friday in a Q&A.

“The officers quickly got on the phone and said, yeah, just give us your name, your address, your social, you know, and we’ll tie up those loose ends,” Raskin said. “But what’s so fascinating to me about that there really were people who felt as if they had been summoned to Washington by the president.”

Pelosi’s office was overtaken by rioters as her staff hid in a conference room where they barricaded the doors with filing cabinets.

The seemingly self-incriminating phone calls, Raskin explained, were also an indicator of how central former President Donald Trump was to the thousands of Americans who came to DC for a protest and ended up storming the Capitol.

Raskin added that the “lost and found” episode also demonstrates a challenge facing the House select committee investigating January 6, where Raskin is one of the Democratic members.

“It underscores the central role that Donald Trump played in it,” Raskin continued. “But it does create a problem for assigning guilt at different levels of conduct.”

In a Q&A with Insider, Raskin outlined his “three rings” framework for understanding the events of that day.

The biggest ring was the thousands of protesters who walked from the Ellipse after Trump’s rally to the Capitol. The second ring was made up of various militia groups and those who came to the Capitol with the intent of disrupting the certification of the 2020 election results.

Those surrounding Trump and working to enable his desire to overturn the results of the election constituted the third ring, according to Raskin.

“I would like people to understand that it was not one, indivisible sequence of action, but there were different components to what was happening,” Raskin said.