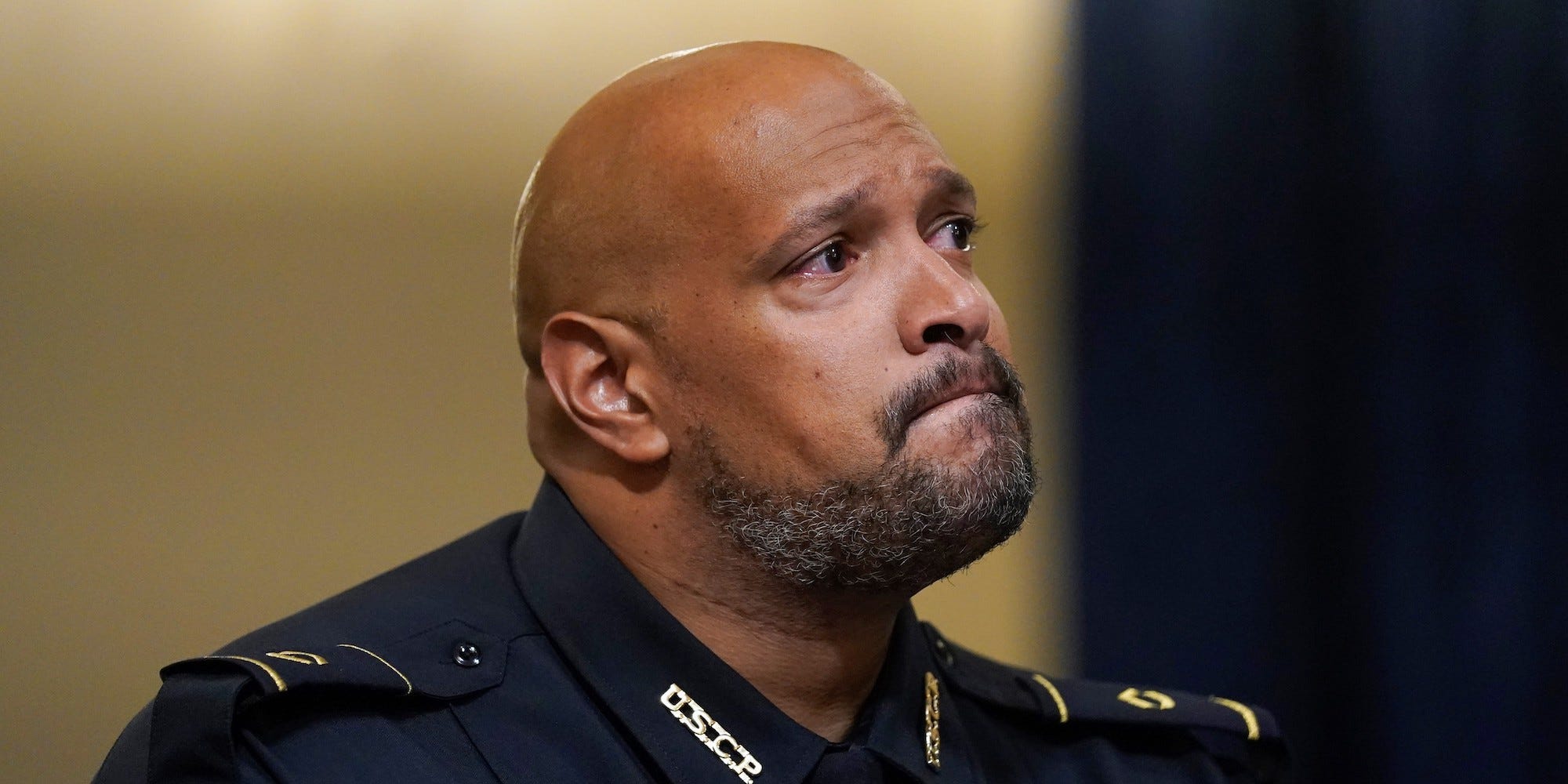 In the wake of the January 6 attack on the US Capitol, members of the police force tasked with guarding the building remain divided along lines of both race and politics.

According to a report from The New York Times, some officers have grown weary of Capitol Police Sergeant Harry Dunn’s prominent role as an advocate for the Capitol Police, complaining that by talking about the racism he endured on that day, he is making it “all about race.”

Dunn, according to the report, grew increasingly despondent after the attack, choosing to eat lunch alone in his car.

He began talking more to the media, giving an anonymous interview to BuzzFeed days after the attack where he recounted crying “is this America?” in the Capitol rotunda. He eventually was cleared to speak more to the press, sitting for interviews with ABC News, CNN, and The New York Times.

But some in the Capitol police force, which is mostly white, told The Times that they were uneasy with Dunn’s increasingly public-facing role, given that the two officers who died after the attack were white.

But Dunn said they were only focusing on part of what he’d discussed, and that he also sought to defend the bravery of the entire force.

Dunn’s outspokenness also prompted a fellow officer, Sergeant Aquilino Gonell, to begin speaking out as well. Recently, Gonell gave an interview to NPR where he condemned former Vice President Mike Pence’s minimization of the attack as “pathetic” and “a disgrace.”

Dunn and Gonell later went on to testify before the House select committee investigating January 6, where Dunn recounted being called the N word by protestors.

“You hear that, guys, this n—– voted for Joe Biden!” said a woman in a pink “MAGA” shirt, per Dunn’s testimony. “Boo! Fucking n—–!” the crowd chanted.

Some officers also told the New York Times that ahead of January 6, they didn’t trust their colleagues to stay in line if former President Donald Trump lost but refused to leave office, and that they openly questioned whether fellow officers would “turn their guns” on them if they “tried to stand in Trump’s way.”

Gonell also said that he wondered aloud last month “how many officers were questioning whether they were willing to risk their lives should Trump ever summon his followers to the Capitol again.”

The wife of one of the Capitol police officers, named only as “Nicole,” said that the police force’s leadership deserves more blame than Trump, since her husband was sent into battle “without so much as a helmet.”