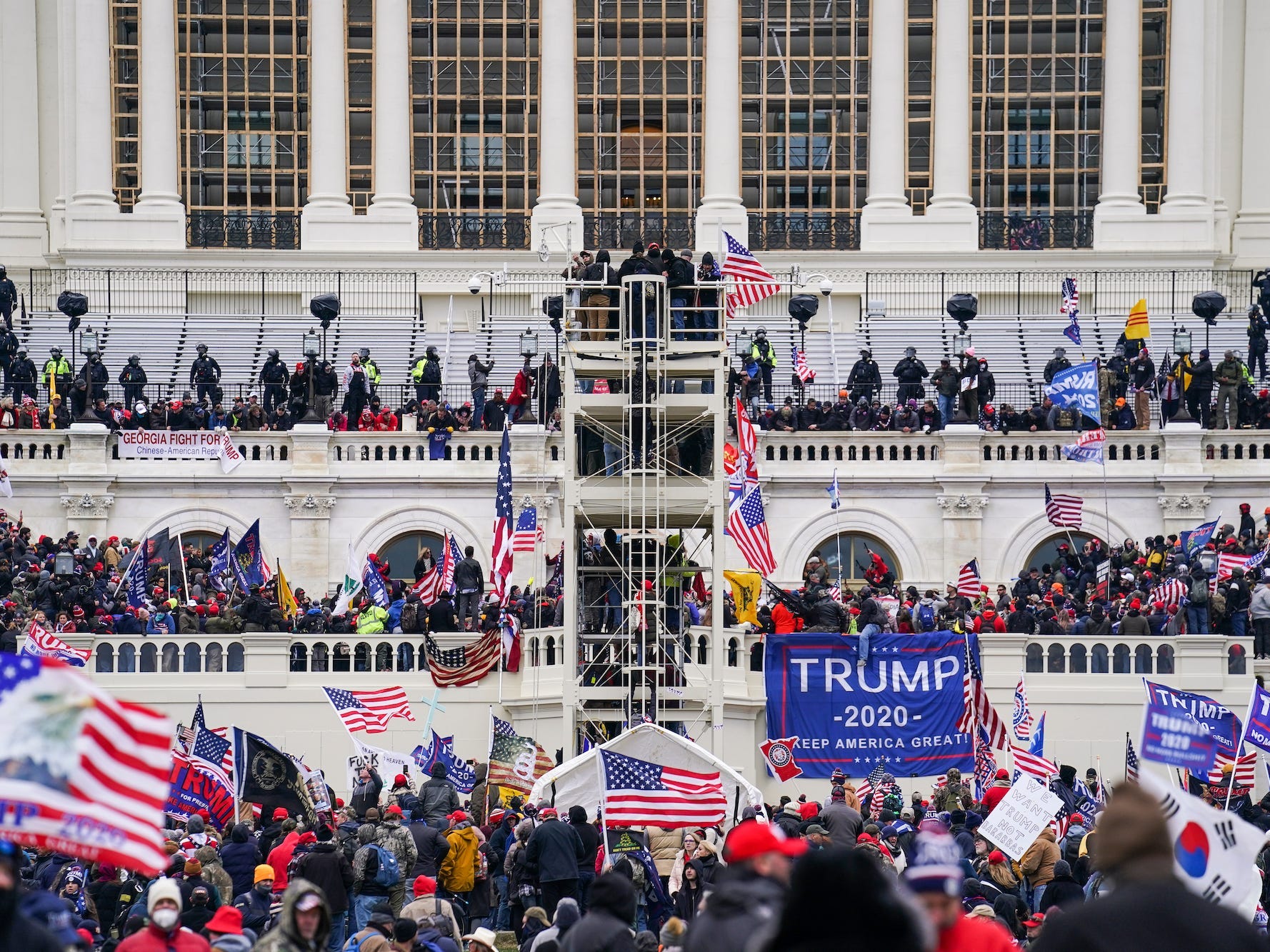 Insurrectionists loyal to President Donald Trump breach the Capitol in Washington on January 6.

US Capitol Police Sgt. Aquilino Gonell said he questions the loyalty of the Republicans who may have been in contact with the rioters during the January 6 insurrection.

“We risked our lives to give them enough time to get to safety,” Gonell said in an interview with NPR. “And allegedly, some of them were in communication with some of the rioters and with some of the coordinators or in the know of what would happen,”

“And it makes you question their motives and their loyalty for the country, as we were battling the mob in a brutal battle where I could have lost my life and my dear fellow officers, as well,” he added.

Gonell also said that it’s tough to run into the Republicans who continue to support the rioters and downplay the violence during the riot.

“Any other time in our history, this would have called for a national unity moment. Instead, we are being polarized and some people believe that what happened wasn’t that bad, [that] it was a tour,” Gonell said.

Gonell was stationed outside of the west entrance to the Capitol on January 6, 2021. Almost a year later, he is still dealing with a shoulder injury as well as psychological injuries for which he is in therapy, according to NPR.

He returned to work 10 months after the insurrection but is still on administrative duties due to his injuries, NPR reported.

“That one day in January almost cost my life,” Gonell told NPR.

During the NPR interview, Gonell pushed for harsher punishments for convicted Capitol rioters.

“Their jail time is less than my recovery time,” he said.

727 people have been charged in the Capitol insurrection so far.