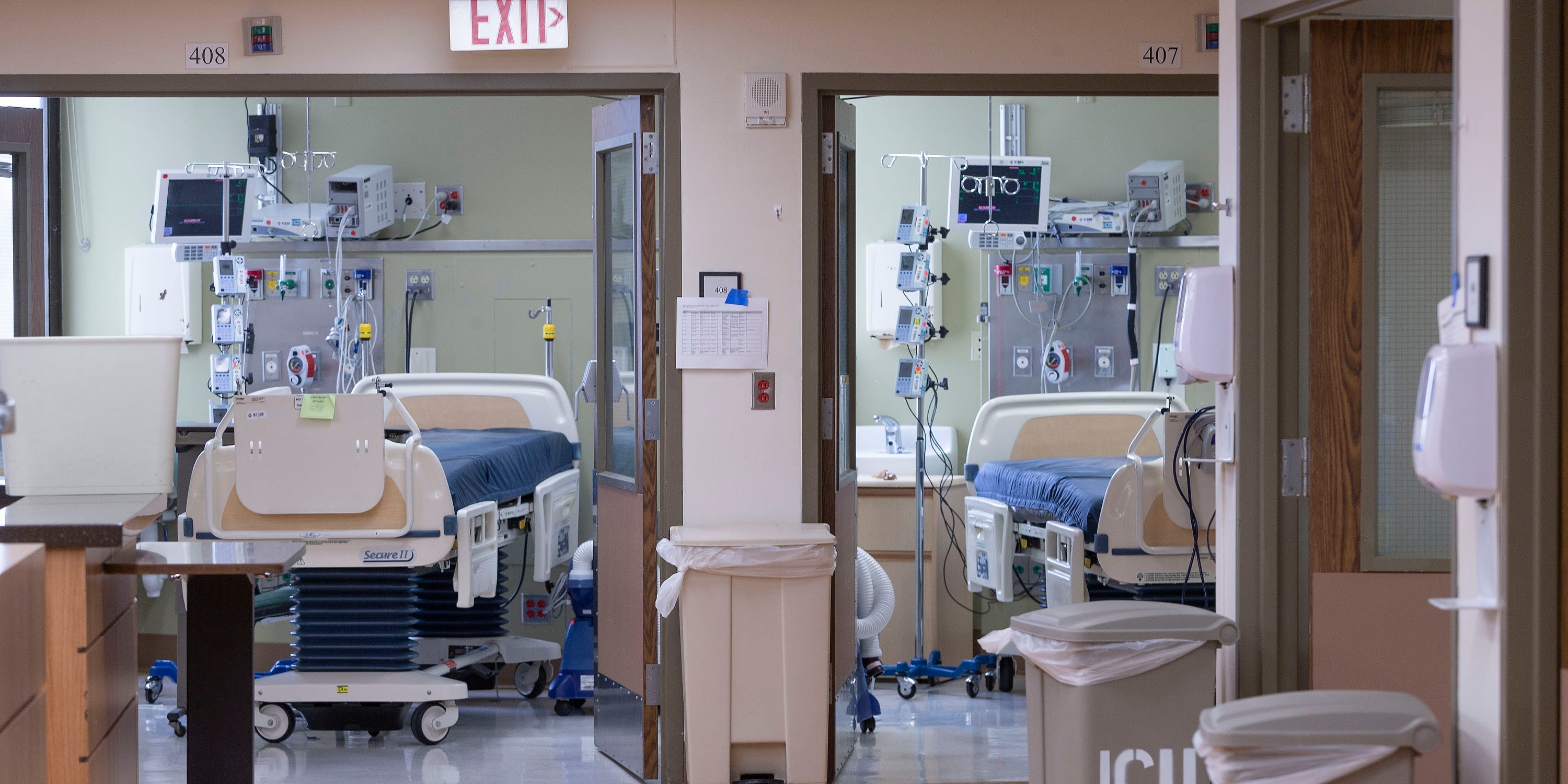 In this Thursday, April 9, 2020, file photo, the Intensive Care unit at the St. Vincent Medical Center building in Los Angeles is viewed.

California Democrats are moving ahead with a proposal to introduce universal healthcare in the state, proposing tax hikes on businesses and the wealthy to pay for the first-in-the-nation plan.

According to a report from the Associated Press, the plan has drawn opposition from Republicans, insurers, and some doctors in the state. California Assemblyman Ash Kalra proposed a Constitutional amendment to pay for the plan.

The proposal also calls for increased taxes on some of California’s wealthiest citizens, including a 0.5% income tax on people earning at least $149,509 and a 2.5% tax for people earning more than $2.48 million per year, according to the AP.

“There are countless studies that tell us a single-payer healthcare system is the fiscally sound thing to do, the smarter healthcare policy to follow, and a moral imperative if we care about human life,” Kalra said, according to the Los Angeles Times.

The main piece of legislation to establish the system, Assembly Bill 1400, would create what’s called “CalCare,” which would be led by an independent board of directors, according to the LA Times report. The plan would grant California residents access to any doctor and a variety of medical services, per the report.

The legislation also seeks to reduce costs to providers to bring them closer to the actual cost of care and it intends to lower prescription drug prices, the report says. AB 1400 also includes long-term care for seniors and people with disabilities, and allows for medical care regardless of immigration status, the report said.

“It’s a shame that somebody’s bad political calculus could force 40 million Californians into a healthcare system run by the same bureaucrats who can’t figure out how to schedule appointments at the DMV or get unemployment checks issued,” said GOP Assemblyman Jordan Cunningham, per the AP report.

Robert Gutierrez, president of the California Taxpayers Association, told the AP the plan could lead to job losses and would raise the cost of living for people in California.

The bill to create the healthcare system must be passed by the Assembly by January 31 this year in order to have a change of passing in 2022, the AP reported.