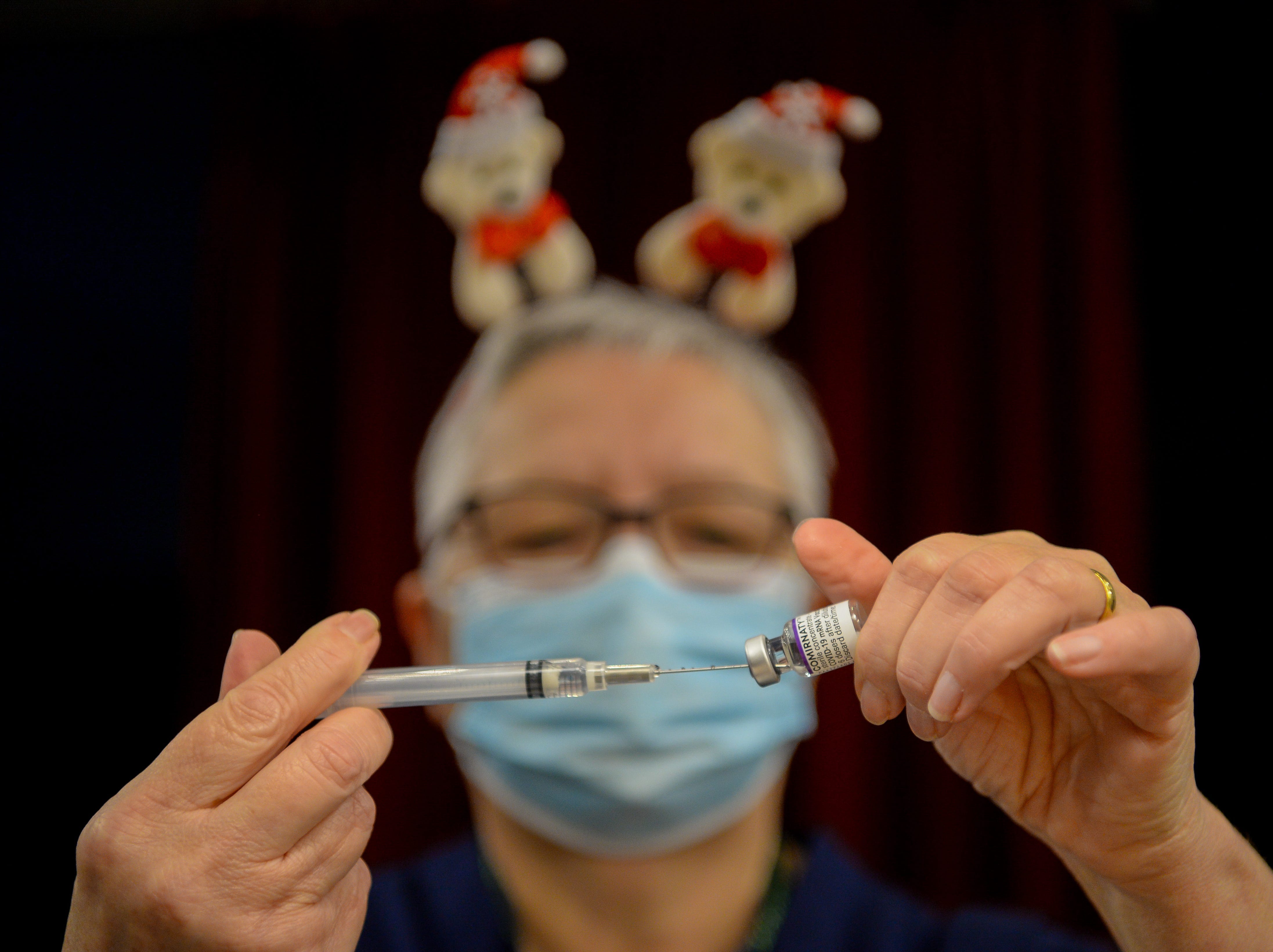 Booster protection against symptomatic illness caused by the Omicron variant drops by up to 25% within 10 weeks, new real-world data has found – though it is not yet clear if everyone will need further doses in 2022.

The UK Health Security Agency (UKHSA) said protection against symptomatic COVID-19 caused by the variant dropped from 70% to 45% after a Pfizer booster for those initially vaccinated with the shot developed by Pfizer with BioNTech.

In the same analysis published Thursday, the agency found the effectiveness of Moderna’s booster paired with two doses of the Pfizer vaccine held at 70 to 75% for up to 9 weeks, though not many people in the study received this regimen, which could affect the accuracy of the finding.

For those fully vaccinated with AstraZeneca’s vaccine, booster effectiveness dropped from 60% to 35% with a Pfizer booster and to 45% with a Moderna booster after 10 weeks, the UKHSA said.

Eric Topol, director of the Scripps Research Translational Institute, said on Twitter Thursday that the UK findings were a “replication” of what has been seen in Israel.

On Wednesday, Israel became the first country to announce fourth doses to try bolster immunity against Omicron for those most susceptible to COVID-19, including people older than 60 and health workers.

But other countries, like the UK, are holding tight for more data on how well existing regimens work and also the safety and effectiveness of additional doses.

In the US, most immunocompromised people can already get a fourth dose from six months after the third. Those that got Johnson&Johnson’s single-dose vaccine initially, aren’t recommended more than two doses, as per Centers for Disease Control guidance.

Dr. Mary Ramsay, head of immunization at UKHSA, told the Independent the UK would not “rush” into changing policy on vaccination “until we have more idea” about whether or not the protection against severe disease was affected as much by Omicron.

The agency said it would be a “few weeks” before booster protection against severe COVID-19 could be estimated because there hadn’t been many people getting sick. “However, based on experience with previous variants, this is likely to be substantially higher than the estimates against symptomatic disease,” it said.

Adam Finn, a member of the group of experts that advise the UK government, told LBC radio on Friday, that the committee would provide recommendations “at some point in the New Year”.

“We do need to see how things go through this wave and beyond. I think there may well be people who received their boosters early who are in the older more vulnerable age groups who may need a further jab – that has not been decided yet,” he said.

To get to the figures, the UK researchers compared the vaccination rates in people who had tested positive for Omicron on a lab test, with those who tested negative between November 27 —when the first Omicron cases were detected in the UK — and December 17. People with foreign travel were excluded from the analysis.

In the meantime, the experts said the priority to tackle Omicron was still to vaccinate people who weren’t vaccinated and get boosters into as many people as possible.