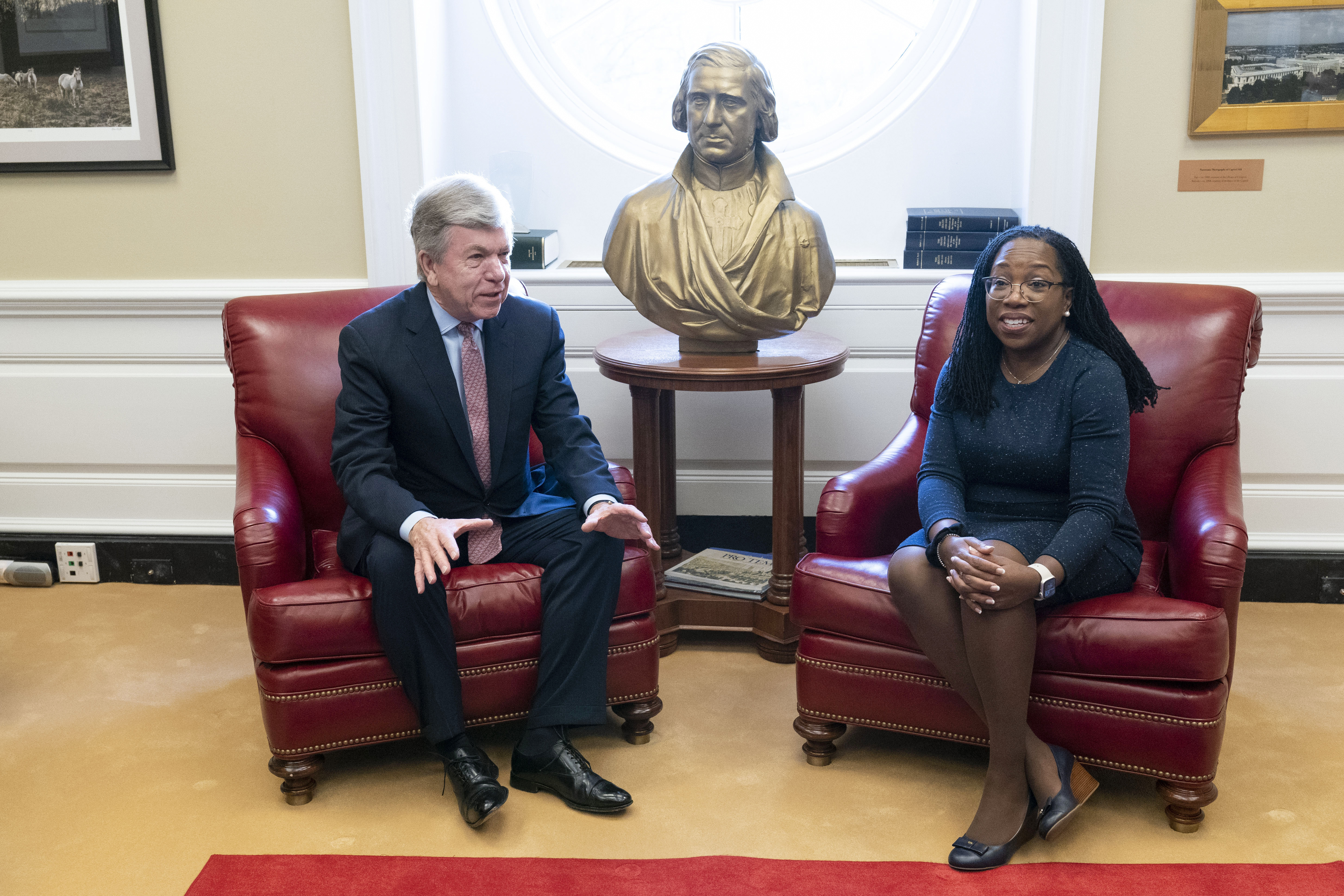 Sen. Roy Blunt said Sunday the confirmation of Ketanji Brown Jackson to the Supreme Court will make history, but the Missouri Republican said he won’t vote for her.

Speaking on ABC’s “This Week,” Blunt said, “I think she’s certainly going to be confirmed. I think it’ll be a high point for the country to see her go on the court and take her unique perspective to the court.”

Jackson is expected to be confirmed by the Senate, which is divided 50-50 along party lines. Sen. Susan Collins (R-Maine) is the only Republican so far to announce support for Jackson’s nomination.

Blunt had been seen as a possible Republican vote for Jackson as well.

“I won’t be supporting her, but I’ll be joining others in understanding the importance of this moment,” said Blunt, who is retiring at the end of this year.

George Stephanopoulos asked Blunt — who said Jackson is “certainly qualifed’ — if he believed it was “a high point for the country,” why he won’t be voting for her.

Blunt said Democrats have been voting against qualified Supreme Court nominees whose philosophies differed from theirs for decades.

“I think the lifetime appointments have a different criteria,” he said. “I’ve supported a significant number of President Biden’s nominees to offices that will end — their time will end while he’s still in office or when he leaves office. I think that’s a different criteria than somebody putting somebody on the court for life.”

Blunt said he based such decisions on whether a judge makes their rulings based on what the law and Constitution “should say” vs. what they do actually say.

“I come down strongly on that side,” he said of the latter.