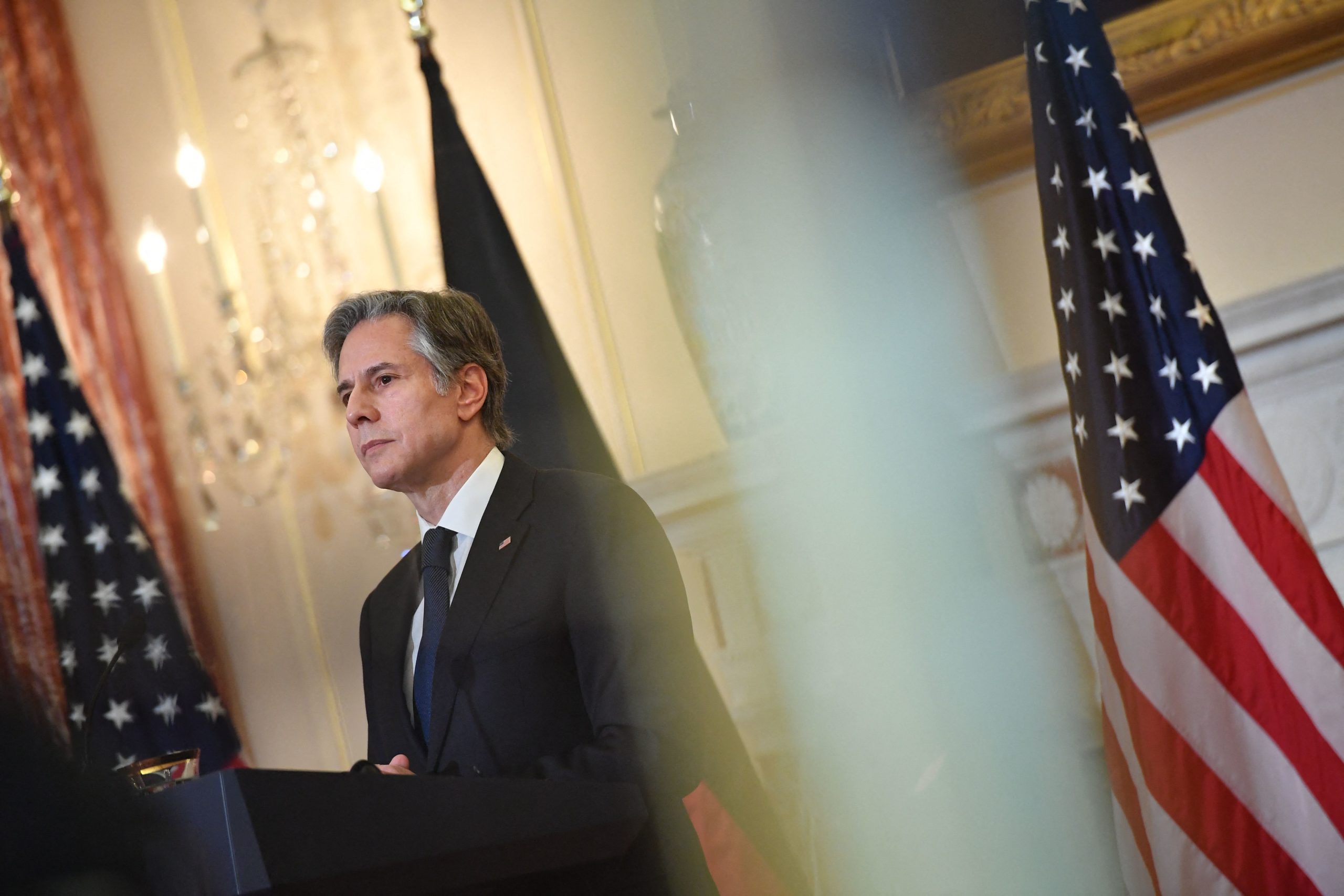 U.S. Secretary of State Antony Blinken spoke Thursday with his Kazakhstani counterpart amid a rapidly deteriorating security situation in the Central Asian nation that resulted in its leadership requesting assistance from a Russian-led military alliance to quash days of violent protests.

In a call with Kazakhstani Foreign Minister Mukhtar Tileuberdi, Blinken “reiterated the United States’ full support for Kazakhstan’s constitutional institutions and media freedom and advocated for a peaceful, rights-respecting resolution to the crisis,” according to a readout from State Department spokesperson Ned Price.

Blinken “also raised the priority of promoting stability in Europe, including support for Ukraine’s sovereignty and territorial integrity in response to Russian aggression,” Price said. The unrest in Kazakhstan comes as the United States seeks to deescalate tensions along the Russia-Ukraine border, where Moscow has amassed as many as 100,000 troops ahead of a potential invasion.

Blinken separately tweeted that he had a “[p]roductive call” with Tileuberdi and that they both are “committed to supporting Kazakhstan’s constitutional institutions and the peaceful and diplomatic resolution of disputes.”

In response to the protests across the country — which began last weekend after a sharp increase in fuel prices — Kazakhstani President Kassym-Jomart Tokayev threatened Wednesday “to act as toughly as possible,” accepting the government’s resignation and introducing a state of emergency in several provinces.

Tokayev later declared a two-week state of emergency for the entire country, as demonstrations ramped up in Almaty, Kazakhstan’s largest city, where protesters reportedly stormed and set fire to the presidential residence and the mayor’s office.

Following Kazakhstan’s state of emergency declaration Wednesday, Price said in a statement that the United States “is closely following the situation” in the country and that U.S. officials “condemn the acts of violence and destruction of property and call for restraint by both the authorities and protestors.”

“We ask for all Kazakhstanis to respect and defend constitutional institutions, human rights, and media freedom, including through the restoration of internet service,” Price said. “We urge all parties to find a peaceful resolution of the state of emergency.”

Tokayev ultimately asked for assistance from the Collective Security Treaty Organization, a Moscow-based alliance of six former Soviet countries, and the CSTO’s council approved sending an unspecified number of peacekeepers to Kazakhstan.

The clashes continued on Thursday, as security forces killed dozens of protesters and 12 police died during the demonstrations, including one officer who was found beheaded, according to The Associated Press.

A U.S. official familiar with the issue said the security situation appeared more under control Thursday than earlier in the week. Tokayev’s decision to ask for assistance from the CSTO alliance may have been premature, the official said, and could cost him politically.

But in a country like Kazakhstan, ruled by an authoritarian regime and dominated by a wealthy elite, it remains difficult to gauge the implications of the demonstrations.

So far, the protests have included some people committing crimes and incidents of overly heavy reaction by security forces. Most of the demonstrators, however, “are just frustrated and hungry and want jobs, fuel and other middle-class stuff,” the official said.

“It’s just that the elites never thought actual protests could happen,” the official added. “All of the elites live in an oil and gas bubble.”

Nahal Toosi contributed to this report.